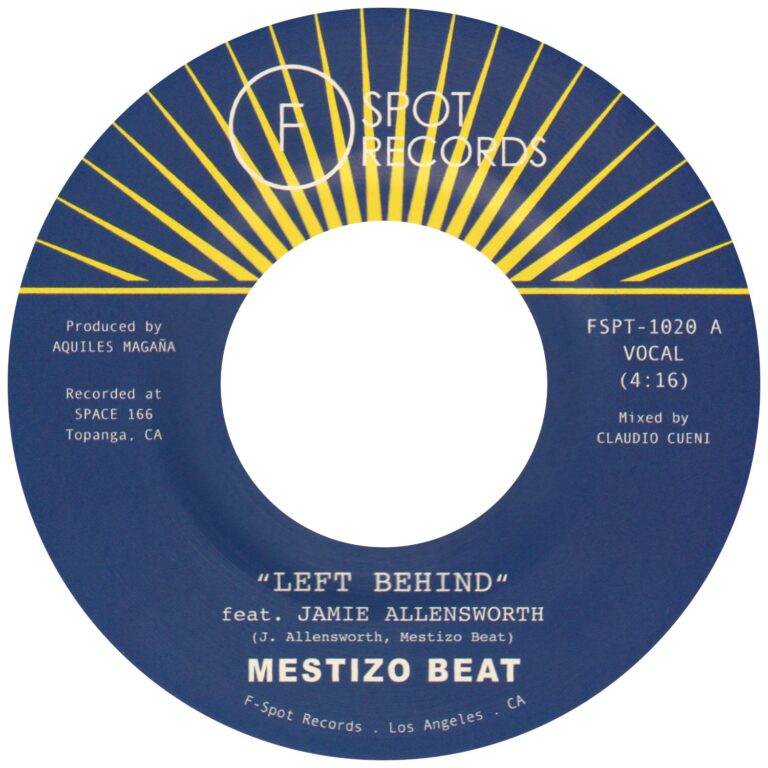 Mestizo Beat – Left Behind b/w I Want You

It’s Monday which usually means a stack of new promos that arrived during the weekend that we need to go through to review, work into mixes and of course fully enjoy and this Monday is no different with so many great records hitting the bins in the near future. Let’s start out with an amazing double sider that instantly caught our attention and ear by Mestizo Beat who we love here at Nostalgia King. Their upcoming 45, “Left Behind” b/w “I Want You” features a sparkling pair of soul tunes that sound so authentically good and timeless that we’re sure they’ll be in heavy rotation for years to comes. This is a new direction in sound for Mestizo Beat and one that will give them that extra push and attention from those that aren’t already in the know but should be.

Taking inspirational elements from Roy Ayers, Isaac Hayes, George Benson, Eric B and Rakeem, Mestizo Beat teamed up with longtime friends Jamie Allensworth and Terin Ector to bring a fresh set of vocals and lyrical element to the bands mostly previous instrumental catalog. On Side-A we find “Left Behind”, an original collaboration between Mestizo Beat and Jamie Allensworth (Jungle Fire, Orgone, Night Owls) who’s soulful vocals and wide range takes us strait to those late night after hour jams complete with a Benson inspired guitar solo by Aquiles Magaña and vibraphone additions by Tim Felten (Sure Fire Soul Ensemble). Left Behind’s lyrical elements are about leaving wherever you are in pursuit of something you can’t quite explain, but you’ll know in your soul when you find it. The song is a constant state of wandering in search of where you’re meant to be while the clock keeps ticking adding a sense of urgency.

The B-Side hits it hard with a cover of Marvin Gaye’s “I Want You” featuring Terin Ector (Organ, Moswen, Soluzion) onlead and Jamie Allensworth this time providing backup support. While staying close to the original but with added production value and vintage synthesizer strings soaring over top, these two songs together, along with production out of the band’s home studio, Spc#166 in Topanga Canyon, CA, take this record to new heights for a true “double A-side” slab of wax.