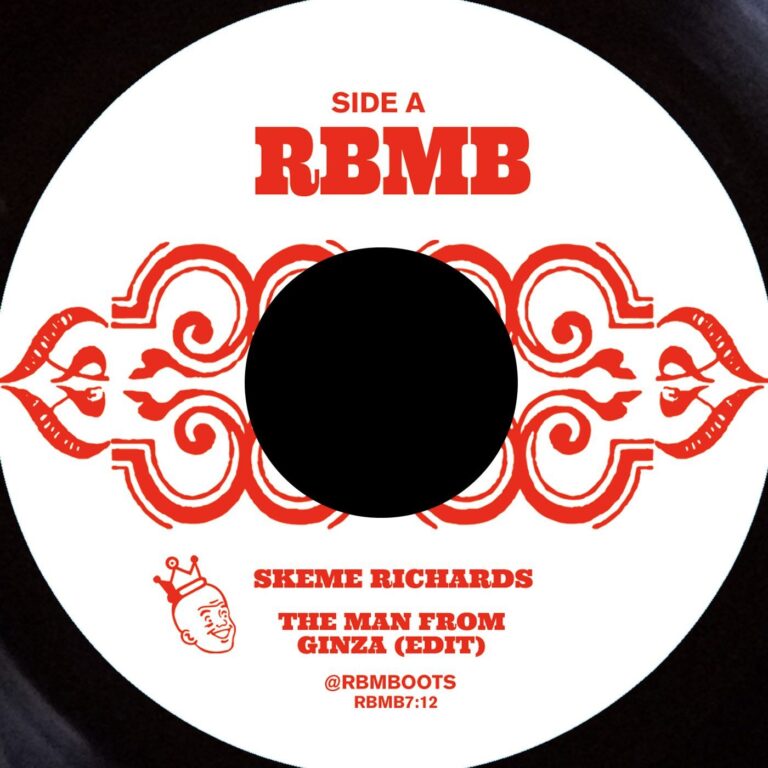 Following up on his two previous releases, Skeme Richards continues to dig deep into his crates to deliver the next 45 in his series of rare edits for RBMBoots. Always digging deeper to carry on tradition and foundation of what great diggers before him laid, he keeps it basic 101 with his thought process which is be original, dig for and flip something that has never been used before.

With the upcoming release, Skeme chooses a drum heavy, psychedelic rock record from foreign lands to edit which nicely extends the break and other portions of the record which also happens to be one that he introduced onto the international B-Boy scene back in the early 2000’s which became a go to and choice weapon to play especially during final battles. Doubles are a must!

The B-side keeps it simple while revisiting two of his favorite cinematic works and Blaxploitation tracks that not only works when rocking doubles at park jams but also when moving the dance floor at your next Funk & Soul nights. As soon as you drop the needle down you instantly recognize it as been used to by one of the greatest Hip Hop groups ever!

Don’t sleep on these treats, Skeme Richards comes through once again with the rare selections to make your crates even better!

Available now in the online store!