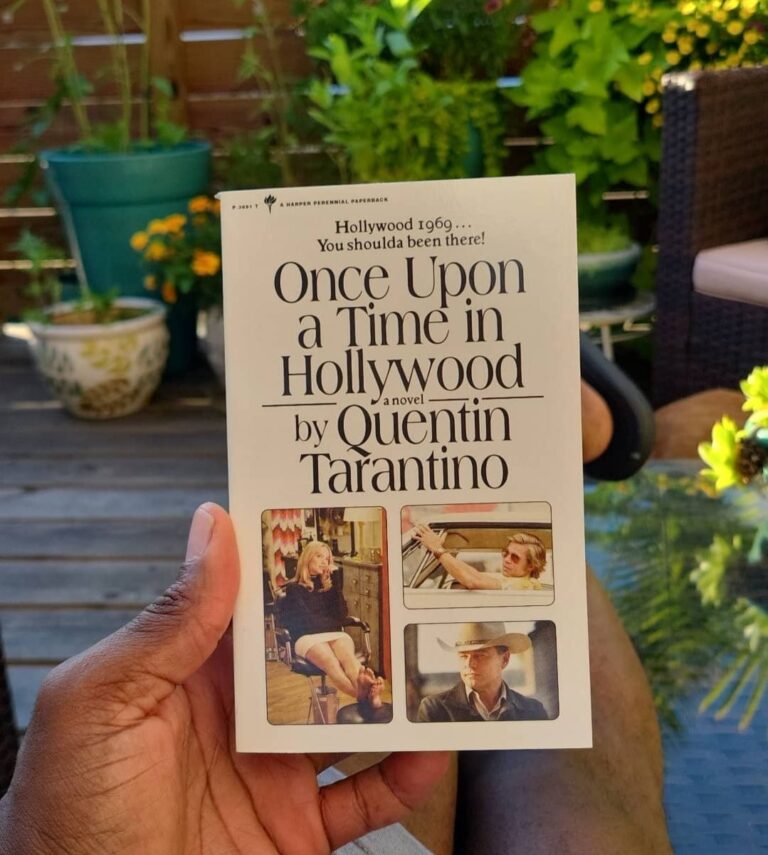 Once Upon A Time In Hollywood Novel

Evening reads and diving into the new pulp novel from Quentin Tarantino’s movie adaption of Once Upon A Time In Hollywood. There are a few writer / directors that I appreciate but Tarantino is definitely in his own lane of capturing nostalgia. From the grindhouse / exploitation style flicks to going as far as doing a paperback novel like we used to get from the 5 & dome stores as kids. There aren’t many people that would have the balls to do a pulp style paperback first and then do the hardback afterwards but Tarantino knew that this is what he wanted.

The novel adds on more than what was captured on films which makes this book even more of a must read especially if you’re a fan of the film!