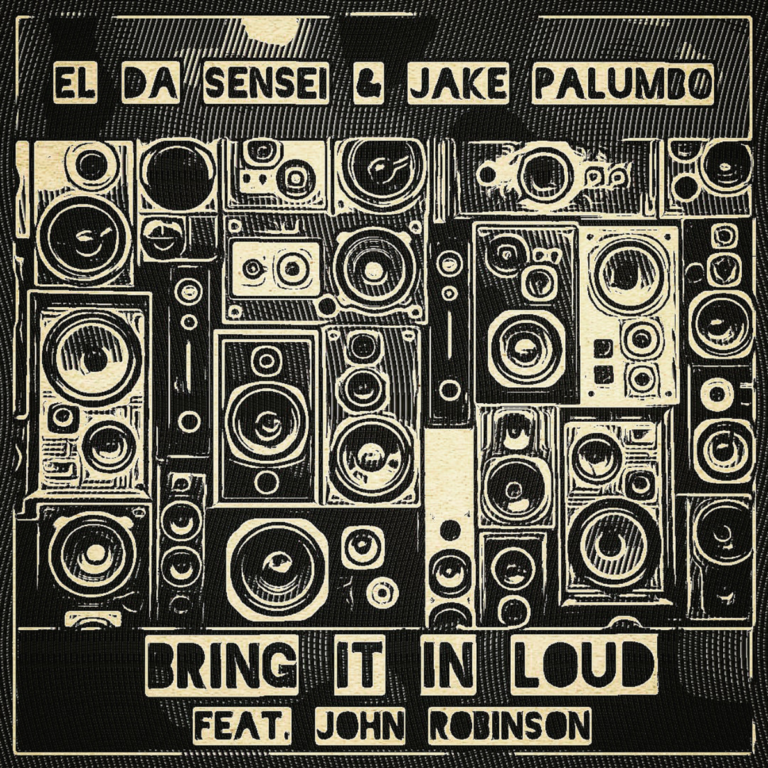 When it comes to longevity of names from the early 90’s rap era that still come consistently fresh, there are only a handful that have continued to live up their golden years in terms of style and skills and one of those is non other than Jersey’s own, El Da Sensei of The Artifacts. Bobbing and wearing his way through the scene, his new upcoming project and collaboration with Brooklyn via Tennessee producer and emcee, Jake Palumbo will definitely be one for heavy rotation. The latest single “Bring It In Loud” is an energetic ride down a dark but welcoming sonic highway, showing the duo’s versatility & dedication to pushing the envelope of Boom-Bap Hip-Hop’s possibilities.

Joining the duo for the ride is Brooklyn emcee John Robinson – formerly known as Lil Sci of the group Scienz of Life – who provides a blazing cameo of syncopated lyricism & nimble wordplay. Since going solo in the mid-2000’s John Robinson has released more than 20 LP’s & EP’s, both solo & with various producers & collaborators.