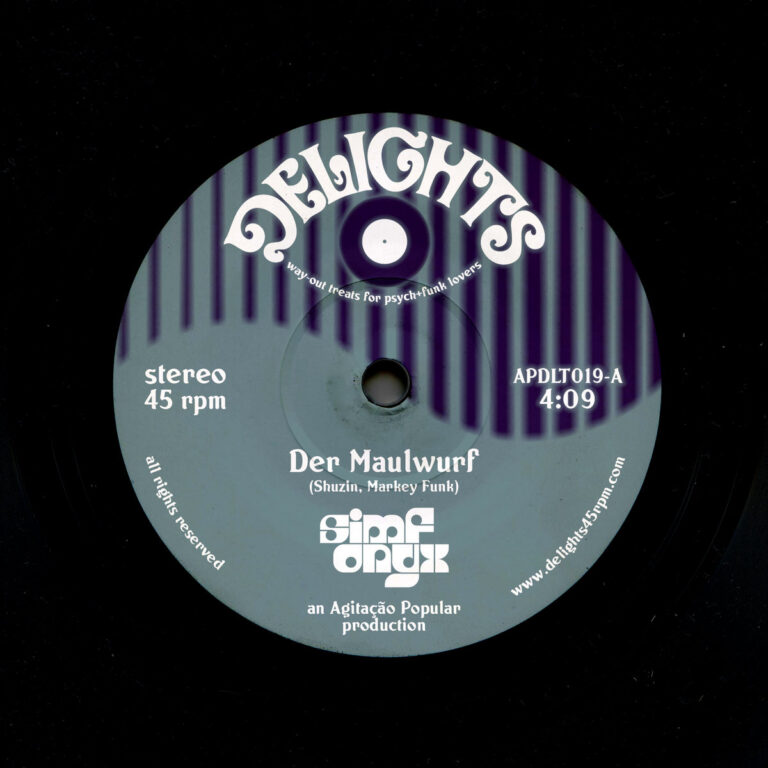 Although December 31st is right around the corner and 2022 swings right in, it’s hard to determine when the year actually ends especially when getting early bird announcements of upcoming releases from some of our favorite labels. After the last week of teaser announcements from the Delights label, I guess it was hard to hold back the anticipation and urge to tell folks about the next release dropping in January.

As always, our ears are standing at full attention and the new double-sider by the Haifa-Jerusalem duo, SimfOnyx hits the nail on the head. This time, Shuzin and Markey Funk have turned to the East German genre cinema for inspiration. Given an opportunity of a two-day residency at Mazkeka Studios in Jerusalem, the two, with technical assistance from Ori Kadishay, have utilized nearly every instrument or piece of gear in sight. Like with their debut release, each side represents a different mood and theme: Der Maulwurf (The Mole) is a drum-heavy crime funk banger, while Eolomea is a melancholic space age slow-burner, floating gently towards a mysterious planet.

If 2021 was any indication of what the future holds for independent labels then 2022 is going to be another stellar year for collectors.