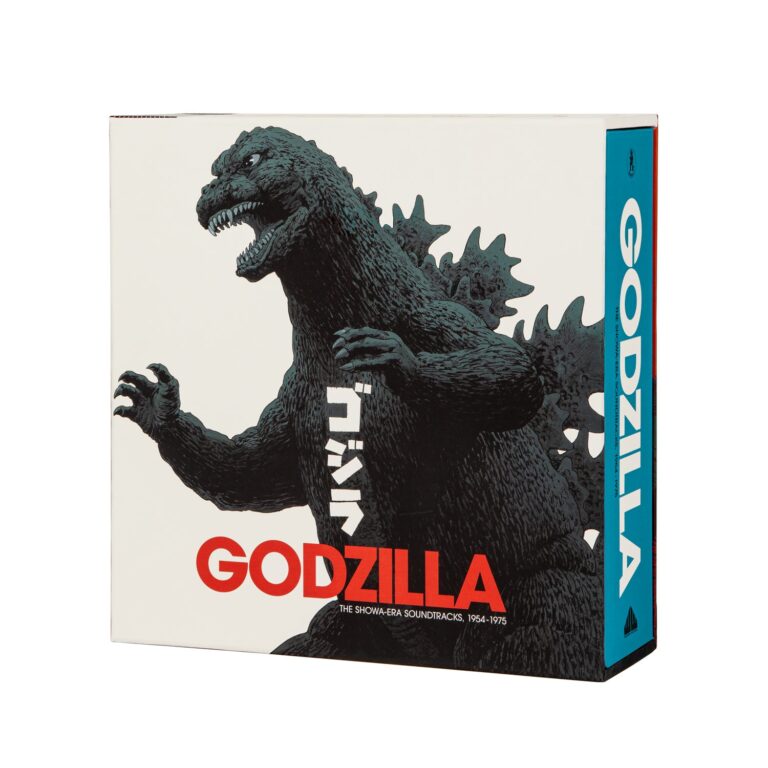 If it’s one that that I love is Godzilla and nothing beats the Showa Era of films which I have my fondest memories of watching on Saturday afternoons as stand alone or on programs like Creature Double Feature. There was always something about those films and the scores that accompanied them which you could enjoy either while watching the movie on just listening to the soundtracks  themselves and still get the full scope.

Although I own most of the soundtracks themselves, there’s nothing like a complete boxset of epic size to make a collection perfect especially for a Godzilla fan than with the new Godzilla: The Show Era Soundtracks 1954-1975 collection from Waxwork Records. Collected for the very first time are all fifteen Godzilla film soundtracks from Japan’s Showa era in a prestigious box set showcasing the groundbreaking music from the iconic giant monster films. Like an unleashed Kaiju, Waxwork is excited to stomp our way further into the Monsterverse with this landmark box set that collects nearly all of the original Godzilla film soundtracks on vinyl for the very first time and featuring the works of composers Akira Ifukube, Masaru Sato, Kunio Miyauchi, and Riichiro Manabe.