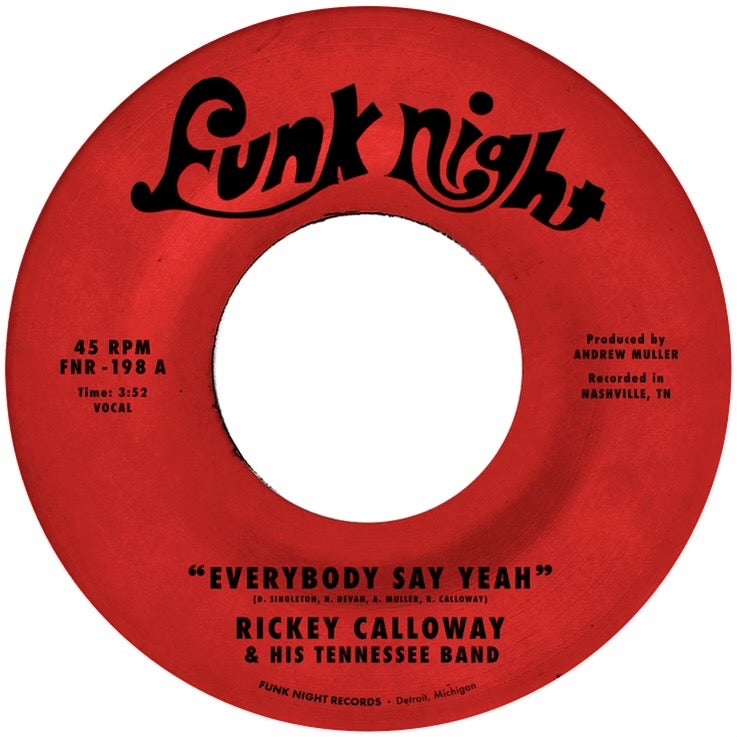 Deep Into The Funk – Rickey Calloway & His Tennessee Band

If you know me then you know that when it comes to playing and collecting 45’s that nothing compares to killer funk and raw soul on that format. While other sounds have easily been duplicated to make new recordings and press to 45, the sound of Deep Funk is something that’s not easily copied. There’s a certain sound quality, recording technique and aesthetic that goes into it to give it the authentic sound of the golden era of the late 60’s to early 70’s which just not anyone can pull off. First of all you have to have a band that understands how to play funk and not just an interpretation of it, but can actually feel the grit and soul as it’s oozing onto the tape. But the most difficult part is finding a lead singer that was recording funk before most of us even cared about the genre. When the only way to find those songs were on local and independent labels doing small runs of 45’s and selling them at their shows or with local distribution.

When it comes to pulling off that sound, no one does it better than Rickey Calloway who continues to record and release deep cuts dating back to 1970 and pushing forward into the future with his new outfit known as His Tennessee Band which consists of members from DeRobert and The Half-Truths and The Gripsweats. Over the last few months they’ve released a pair of 45’s, “Do It On The One (Stay In The Pocket) and “Everybody Say Yeah” on the one label that understands the funk, Detroit’s Funk Night Records and those singles are just about as authentic as you’re going to get!

Even with the new found explosions and trends of people collecting and doing nights dedicated to other forms of soul and Boogie, funk & soul nights are still the way to go in my book. After all, it’s primarily the reason why the 45 format became the trend in the first place. You’re either about the funk or you’re not, but for those that are in the know, the funk is still wear it’s at!