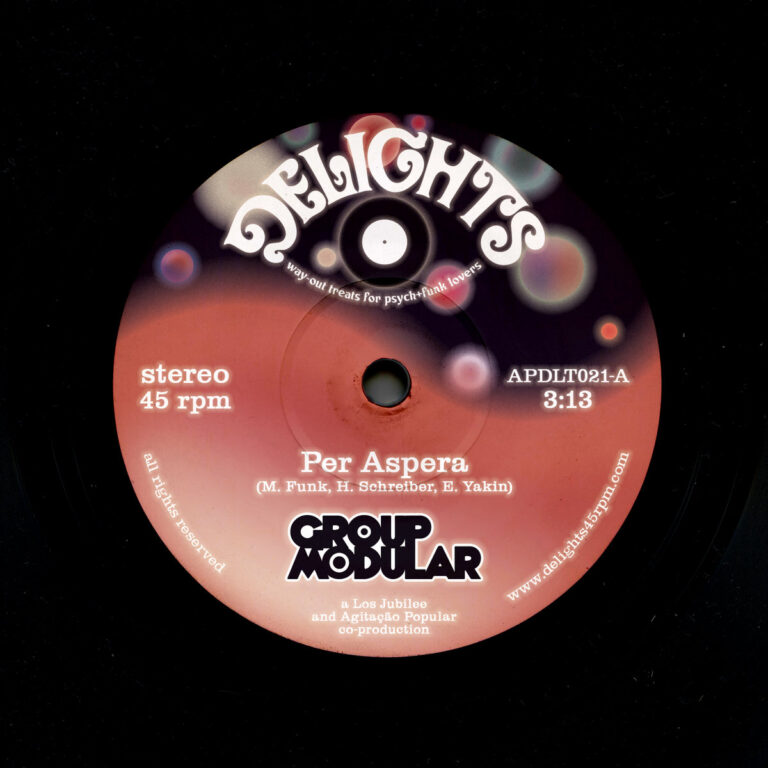 Jerusalem based Delights labels once again teams up with Group Modular on a 7″ release that will take you to the stars and beyond on this interstellar journey. The synth heavy production captures a moment so perfectly that if you sit back and relax and close your eyes you can’t actually feel your body floating in the weightlessness of space.

Just like the last year’s single “The Tunnel”, the new release is following the path taken on the duo’s highly-acclaimed second full-length, “Time Masters” – with both sides based on more material from the album’s initial drum sessions. However, don’t call them ‘outtakes’ or ‘leftovers’, as these are brand new tracks that see Markey Funk and Mule Driver exploring and expanding their sonic palette even further.

The new 7” also concludes 10 years of the band’s drum-centric sci-fi sound: the bass-heavy and spiky “Per Aspera” (“Through Hardships”) features Elia Yakin on the kit, while spacy and dramatic “Ad Astra” (“To the Stars”) welcomes the duo’s long-time collaborator – Sagi Sachs.