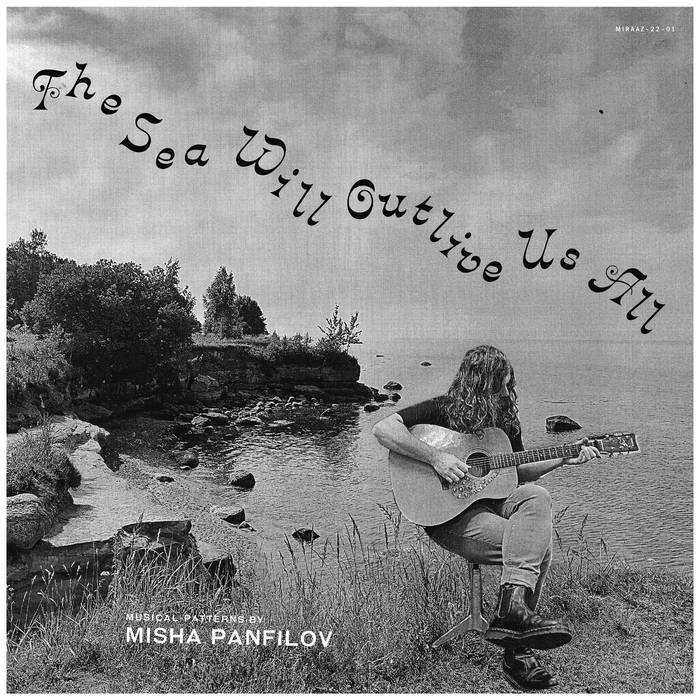 Misha Panfilov – The Sea Will Outlive Us All

Without a shadow of a doubt, the hardest working modern day musician, composer, writer, arranger and producer titles are all split between a single name, Misha Panfilov which should come as no surprise to those that have been following his career to date. We first got hipped to Misha on his debut 45 release “Planetarium” b/w “Offbeat Comet” via Funk Night Records back in 2015 and since then he’s released a slew of both singles and LP under various entities including Misha Panfilov Sound Combo, Estrada Orchestra, Hanz Mamobo & His Cigarettes, Centre El Muusa and Dead End Boogie to name a few.

Misha covers the complete sound spectrum with his releases which range from Funk, Psychedelic Rock, Electronic and  soundtracks with nods to the era of music that produced the best of it from some of the best musicians and composers of the time. Misha is a rather complete package when it comes to music as he eats and sleeps studio life surrounding by instruments and analog studio gear tucked away in his Estonia lair. Axelrod, Umiliani, Schifrin, MacDermot are considered some of the greats and Misha fits perfectly in with those names as he continues to build a rather impressive catalog of music that will surely be future digs of tomorrow as we’ve dug for those of yesterday.

His new album “The Sea Will Outlive Us All” is an amazing gem and essential listen that should be immediately added to your rotation.

“I have been recording this album throughout 2021. During the process, I began to understand it had become something of a personal diary. Inspired by the cutting fresh sea breeze, dreamy walks on numerous chilly beaches, and countless crimson summer sunsets. I hope this music will bring you a moment of peace and warmth in these hectic times.” – Misha Panfilov