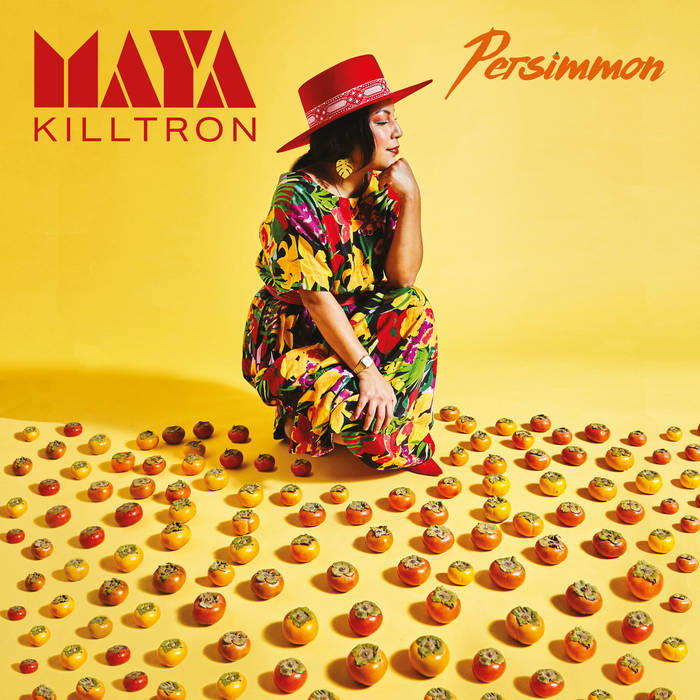 Let’s see, where would be a good starting point to tell you about Maya Killrton, an amazing Toronto native and beautiful soul that hasn’t already been covered elsewhere on other media outlets? How about right from the top with a proper introduction of her sophomore album, “Persimmon” which has been in heavy rotation since receiving the test pressing a few weeks back. The singer / songwriter, violinist and producers has managed to perfectly capture a mix of modern boogie, funk, string quartet and yacht rock all into one to create some more than what’s typically expected when we hear a modern boogie release.

Some of the most amazing music has been released during a post-pandemic time where artists locked themselves in the lab to create magic which the fruits of their labor are finally coming to fruition. Killtron seems to have special qualities and a sound which sets her on the path that can very well crossover to mainstream audience in addition to her diehard supporters that have been with her since the beginning.

“Persimmon”  features “Out Of My Life” and “Do It Again” that were created alongside producer HiFiLo, highlighting the frustration with the status quo and a need to break the mold. In keeping in tune with her modern boogie roots with “Night Moves”—a glossy roller-worthy track made with long time collaborator Gil Masuda of Toronto’s Love Touch Records. She simultaneously evolves and returns to her roots as a classically trained violinist and arranger in her self produced track, Persimmon, which features her string quartet, Bowed Arts. Rounding out the record is “Guaranteed,” a co-produced track with UK’s Format-440 and also her tribute to “Reading Rainbow” through the lens of Ryan Farley’s Phil Collins-esque production in Del Rey.

If there’s an album that should be in your current rotation then it’s Maya Killtron’s “Persimmon” which checks all of the right boxes to make it a timeless and repeat listen for the foreseeable future to come.