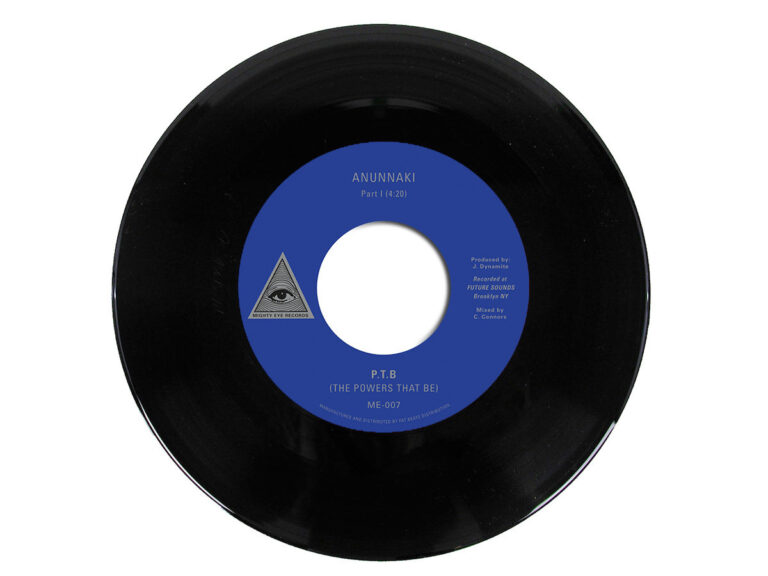 I maybe biased but New York and Philadelphia are the 2 greatest East Coast cities for music. From Jazz to Disco and with the phenomenon of Hip Hop and New York being the birthplace while Philly stood as being the second city, the pipeline of artists, inspiration and creativity that flew between the two has always been strong. And that connecting continues to this day with the new 7″ single by P.T.B. (The Powers That Be), group collective of musicians hailing from the New York and Philadelphia area.

Paying tribute to the ancient Sumerian god of the sky An, Anunnaki is a cosmic journey through sounds. Sit back and enjoy the array of melodic ideas flowing from one musician to the next as together, a picture is painted of what one might feel like flying through the stratospheres of the past.