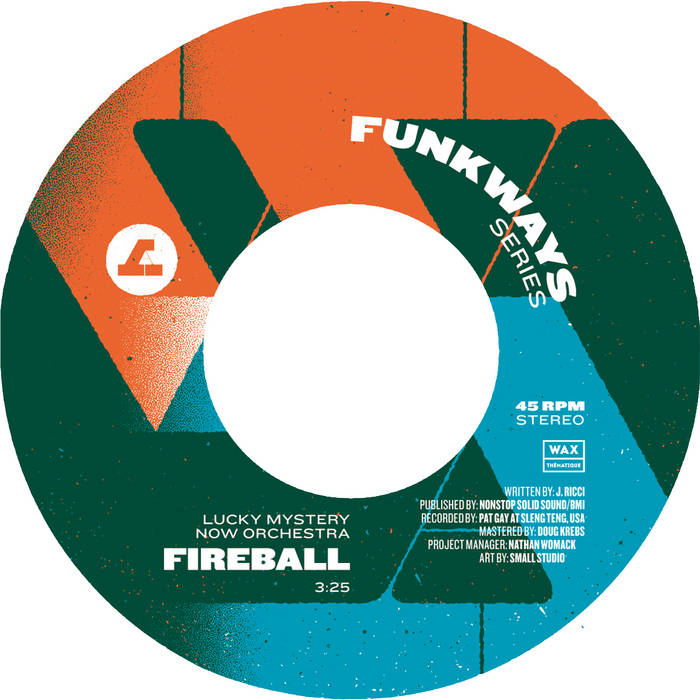 Seattle’s Wax Thematique label sets 2023 off early with the third release in their Funkways Series and the first new single by Lucky Mystery Now Orchestra. Delivering their debut on the label back in 2021, Lucky Mystery Now Orchestra delivers more of the sound that we’ve been waiting for with the jazz funk tune, “Fireball”. This go around, the band built the tune upon the spiritual form of three beats rather than four which gives it a total unique sound.

Based on the number 6 (divisible by three) if you count the eighth notes, 3, if you count the quarter notes. Of course this isn’t the first 3 beat-based funk tune, but most funk, especially as designed by Black American Funk Architects such as James Brown, Sly and Parliament-Funkadelic is based on the number four, with the “one” being the most important beat – as well it should be. Four is the number of the Square, the Cube, the House, The Earth, and The Body, as well as the four elements, seasons, etc. In fact, There is simultaneously a hidden four inside the tune as the melody is an eight bar (divisible by four) passage that repeats. Plus another 8 bar outro and an additional 8 bar drum/guitar break. Going back to the mention of James Brown et al. it is important to note that early soul and R&B ballads were often built upon the 12/8 time signature (divisible by both 3 and 4) and that one of the most defining aspects of funk (in the opinion of the composer) is the antediluvian and African clave of “3 against 4” or 3 beats being outlined especially by the snare and guitar, while simultaneously the bass instruments and horns follow along the track of the four beat. The 3 is found over and over again inside and against the four of black music throughout history, the ‘swing’ of jazz, for example.

Wax Thematique may still seem rather low-key but has really been putting in work with their releases which seriously sets them apart from other labels. Highly recommended as always.