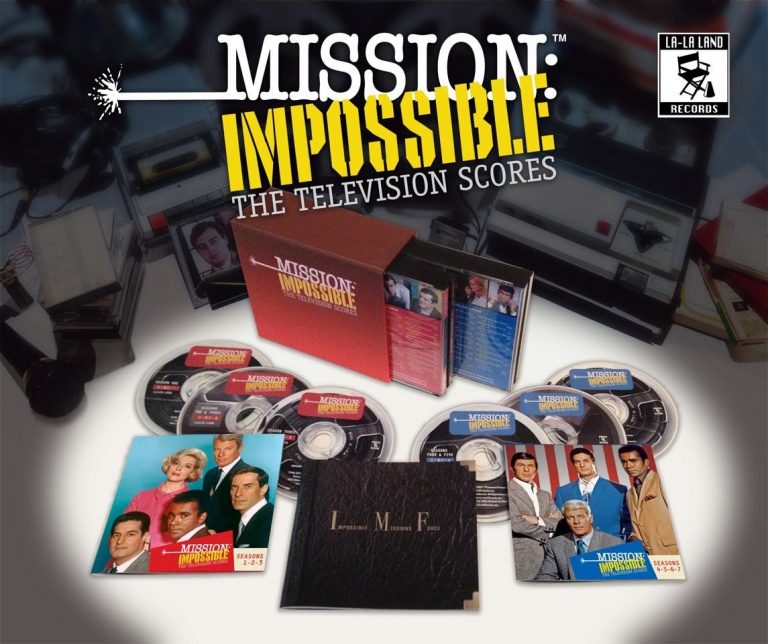 It’s not often that we review CDs, actually we’ve never reviewed them in the past but there is one that we deem worthy enough that we’ll let the format slide. The original Mission: Impossible TV show is one of our favorite series of all time and the musical scores used for the show are some of the best ever. So when we heard about the complete score making it’s way to a boxset, it was something that caught our attention. This six CD set houses restored and remastered original music scores from the series that aired from 1966 – 1973. Limited to 1,500 copies and features works by various composers including the legendary Lalo Schifrin, Gerlad Fried, Jerry Fielding, Don Ellis, Richard Hazard and a few others that contributed to making the sound of the series more than memorable.

For those of you that are into soundtracks and library LPs, this might be something that you need to add to your collection, especially if you love spy films.

Available via La-La Land Records and retails for $99.98.