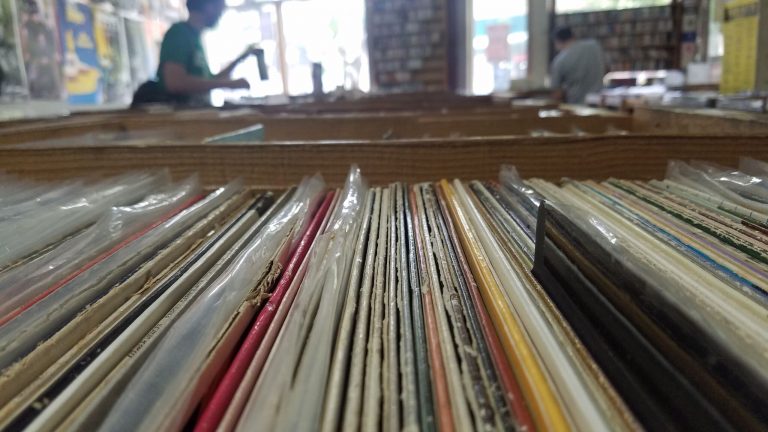 The Legend of Dusty Fingers

If you ask a record purist, DJ or producers about compilations, most likely you’ll get an array of responses on why they’re good, bad or ugly. Everything from “this is exposing the originals” to “I got hipped to digging deeper because of it” and neither side of opinions is necessarily right or wrong. Everything is about perspective from that individuals self in how it’s effected them and most times have not effected them. I always say, if you don’t like something, then ignore it and it will go away (from your line of sight). When speaking of compilations, there have absolutely been some shit ones that weren’t well done, only went for the known or previously sampled song, many of which exposed producers by listing “as sampled by” on them and obvious bootlegs done for nothing more than making quick money.

But in the realm of compilations, the grandest of them all might very well be the Dusty Fingers series (1997-2010) produced by Danny Dan The Beat Mann which took the less popular route of discovery and brought a whole new world of music that wasn’t just about the break or sample spread across 17 volumes. Focusing heavily on a more European sound of Library music, Jazz, Rock, Funk and Easy Listening mixed with it’s counterparts on this side of the globe, it’s safe to say that the series went deep with sounds that obviously a part of the Beat Mann’s life since childhood.

*excerpt from 2014 interview with Danny Dan by Skeme Richards

Skeme: Let start back to the early years of TV Shows when there was quality programming on 7 days a week, what were some of your favorites as a kid growing up?

Dan: Back in the late 60’s early 70’s it was shows like I Dream of Jeannie, McCloud, Baretta, Bob Newhart Show, Mary Tyler Moore Show, Emergency, Iron Side, All In The Family and stuff like that. Even the show Dark Shadows which was like a soap opera that my mom made me watch but I was also heavy into and wanted to watch my cartoons, stuff like Gigantor, 8th Man, Mighty Heroes, Herculoids and all those kinds of shows. My mom is European and was heavy into movies so in the 70s she would take me downtown to the theaters to watch all these great films, mostly foreign films like Italian and French with subtitles. Mostly cop flicks but also a lot of Action and Thriller films plus some Horror but real gritty films that American filmmakers weren’t making. And even though they were subtitled it kept my attention with the action, 70’s cinema was crazy bro.

Skeme: I actually didn’t know you were heavy in the VHS tape game like myself until reading your interview in Big Daddy Magazine back in 2002 but should’ve known especially since your Dusty Fingers LP’s have library soundtrack selections on them found in many of the TV Shows from the 60’s and 70’s. Did these shows play any part of you having a connection with the music that you eventually put out on these comps?

Dan: Yes because I would watch these shows and be like oh that music is crazy, who played that so I needed to know that information and have those records. But also my mother was really into music and had records so from 1973 – 1975 I started collecting 45’s real heavy, then in ’75 I started buying LPs and was unearthing a lot of stuff that people weren’t up on. By 1976 I had 6 crates plus all my 45’s, I went o.d. on just buying records, I would go to my friends houses just to see if their parents had records, I lost a lot of girlfriends because of records that I borrowed and never bought back. Their parents would ask for them and I’d be like “oh there safe, it’s in my crates” but I would never return them, so many ex girlfriends were mad at me.

As Danny Dan mentions in the interview, “there isn’t a producer who doesn’t own a copy of at least 1 volume of Dusty Fingers in their collection”, it’s obvious that most producers and collectors especially here in the states would have never known about collecting some of these lesser talked about genres from other parts of the globe without the assistance of the series or having traveled to other countries to dig for what was more common in those regions. For me as a film lover, a few of these cuts featured here actually turned me on to flicks that I either had not see before or knew of but made go check it immediately (digging doesn’t stop with records).  Like the series or not, it’s been influential in every way and came from a personal taste and connection to the music and not just what was previously sampled. One of the only if not the only series where you can drop the needle down, walk away and just listen to each track in it’s entirety makes them great albums as a whole outside of the purist factor of owning the originals. Being able to find just about everything you want on Discogs or eBay takes the fun away from the thrill of the hunt and there’s nothing more satisfying then going to Turkey and finding a Turkish psych record that you’ve been after or being in Japan and finding a Jazz LP featured in a drama television series that you can finally cross off of your want list.

Compilations aren’t the end all to be all when it comes to digging. There’s so much music out there that one could never know or collect it all in one lifetime. They are simply a gateway into new territories of the unknown, the same way fellow collectors and dealers are in hipping you to something obscure and ear opening.