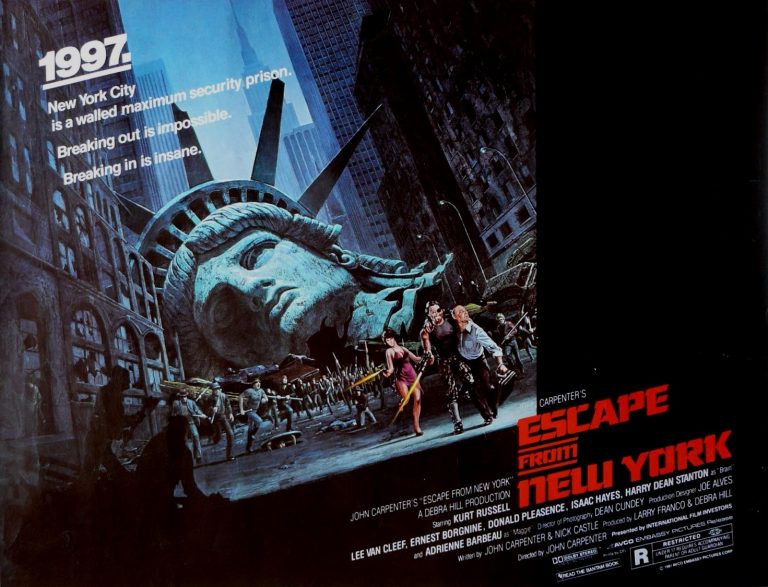 35 years ago this week, one of cinema’s finest examples of what the future was destined to become hit the big screen. John Carpenter’s Escape From New York made its debut on July 10th 1981 and was box office success. The film was co-written, co-scored and directed by John Carpenter himself and is set in the near future of 1997 in a crime-ridden United States that has converted Manhattan Island in New York City into a maximum security prison with 50ft containment walls surrounding the island and routes out of Manhattan have all been dismantled or mined. Ex-soldier Snake Plissken, played by Kurt Russell who has been injected with an explosive is given 24 hours to find the President of the United States (Donald Pleaseance), who has been captured by prisoners after the crash of Air Force One while on it’s way to a peace summit between the United States, China and the Soviet Union. If he is successful in doing so, then the explosive will be removed, if not then you know how it ends. The film also stars tough guy Lee Van Cleef, legendary musician Isaac Hayes as The Duke of New York City and wrestler Ox Baxer.