They say that the two things that bring people together more than anything else is music and food. Being a traveling DJ it’s obvious that I love each one equally and do my best to find the best of both worlds whenever in another city or country. The same holds true for many of my fellow DJs that moonlight as food connoisseurs and know exactly where to eat and what to recommend to guests visiting from out of town. A few months ago, I was invited back for a return trip to Indianapolis by DJ Paren to play the Naptown Soul Club party alongside resident DJ’s Antonio Leiriao, DJ Paren and frequent guest, DJ Chase, and if it’s one thing that’s for sure, Indianapolis has records and great food! Fellow DJs that I’ve met along the way who are serious about what they’re into are always the coolest and Paren is into some cool shit. From collecting art and rare first printing books, to knowing what beers go well with what dish and of course the food itself. 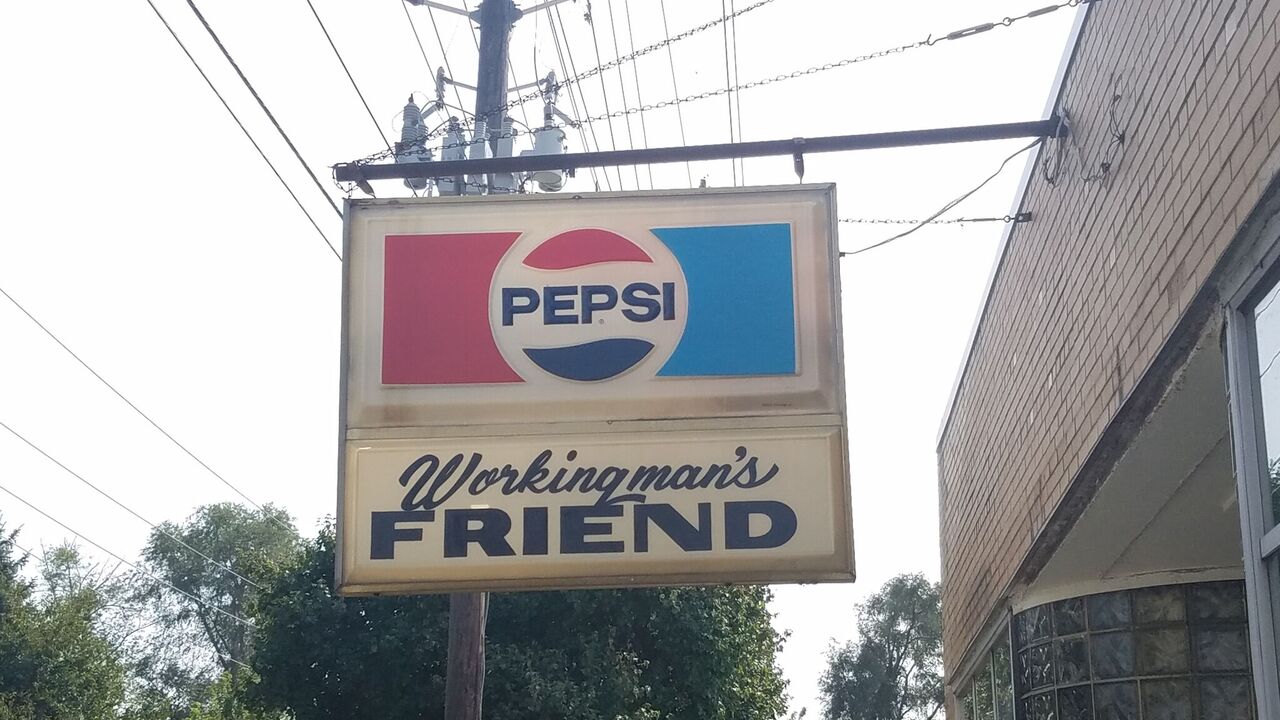 After landing in town around the lunch hour, the first order of business was to grab a burger and the perfect place for it happens to specialize in nothing but that. The Workingman’s Friend is an old school diner that opened in 1918 by Louis Stamatkin. According to lore, the diner earned its name because Stamatkin let his customers run a tab until they got paid. After filling our stomachs it was off to the local gem that offers a fine assortment of treats for the planned BBQ at the crib with a few friends the following day. Goose the Market is an old school gourmet meat and cheese operation focusing on local and quality goods with the downstairs area featuring a great selection of wines and beers, how’s that for a one stop shop deal!? After doing a bit of afternoon running and digging, it was time for a pre game meal, which meant ramen at one of Paren’s choice locations, Ramen Ray. In addition to food and music, we both share the same love our favorite place to spend time in, Japan so this was a no brainer to bond over a bowl of miso and dumplings. Now before I get too much into all of the amazing foods and exact steps of what and where we ate at which will most likely come at a later time in the form of a review of places to eat if ever visiting Indianapolis, I’d like to get right into it and introduce DJ Paren and of course talk about food. 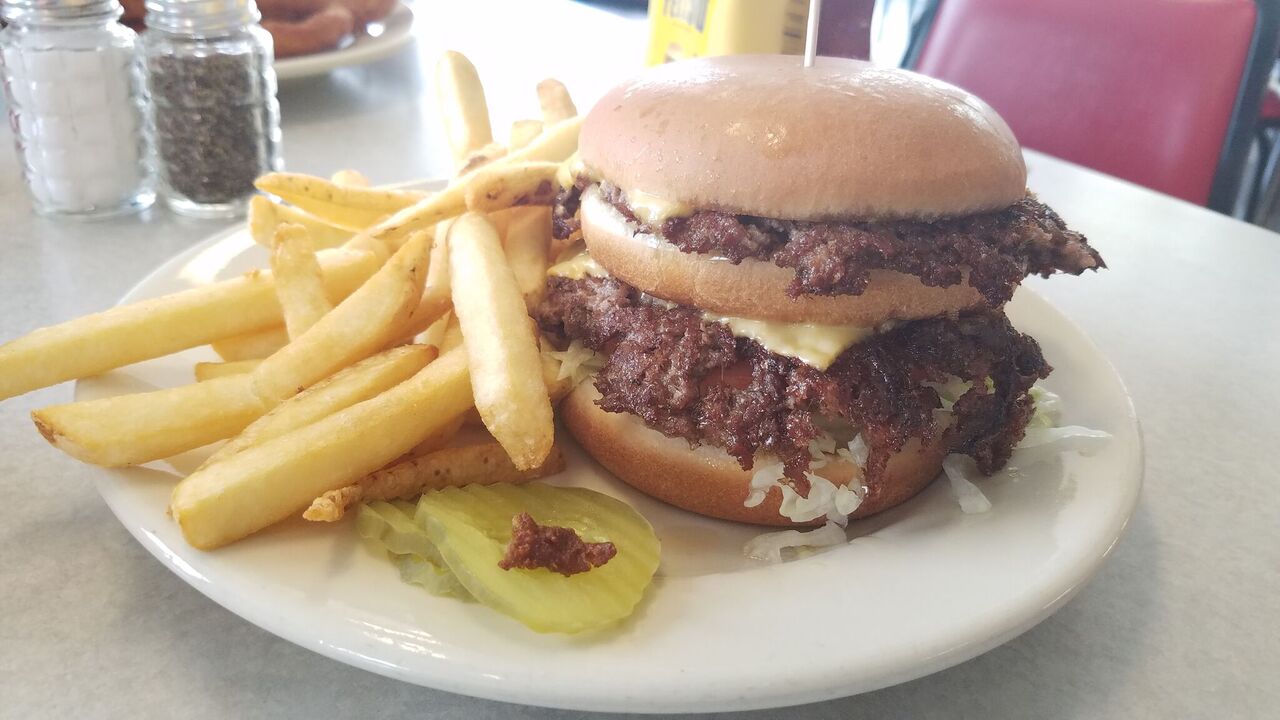 Skeme: You and I have this crazy bond that goes beyond records and are into collecting very similar things but our greatest similarity is our love of Japan, the culture and the food. It’s been a minute since you’ve been there but food wise, what do you miss the most?

Paren: There’s so much Japanese food that miss. I’ve had so many great dining experiences throughout the country. I miss the seasonal snacks (Winter Cheese Fondue Pringles and Watermelon KitKat’s, for example) and access to quality ramen, somen, and soba; but what I miss the most is access to amazing seafood. From great sushi at a random stop in Kobe to amazing octopus at a ryokan on Himakajima to every single thing I ate in northern Hokkaido. I am so thankful that my Japanese friends introduced me to great food spots over the years. I need to return to Japan for many reasons, not the least of which is to dine with old friends. Let’s head back soon, Skeme. 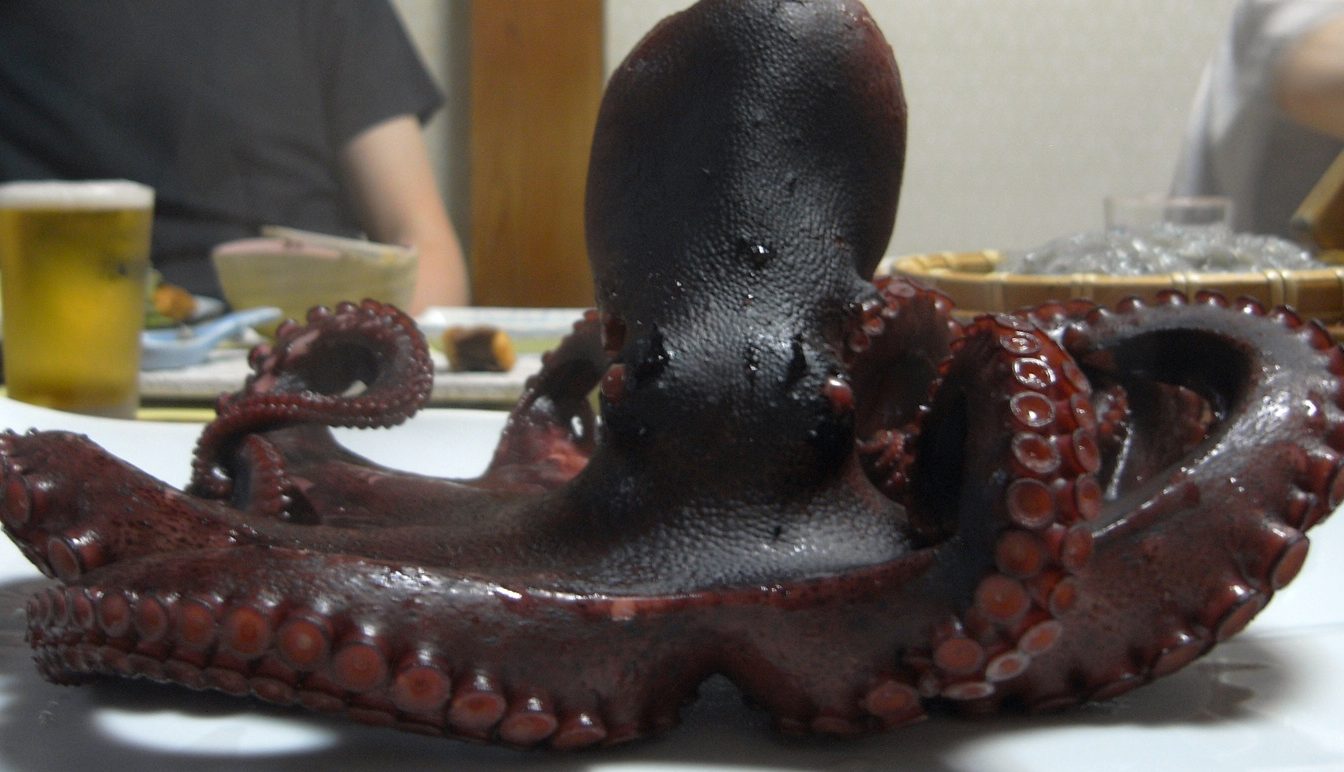 Skeme: After having the opportunity to eat traditional foods in other countries, it’s always hard for me to eat it anywhere else and ramen is one of those things that I’m particular about. It’s tough to find really authentic ramen but you recommended Ramen Ray while I was in town. We both had the miso, which I thought was pretty official. How would you say that compares to actually eating it in Japan?

Paren: Ramen Ray bills itself as a Sapporo-style ramen and offers a focused menu and is overall a good Indianapolis ramen spot. That said, I’ve definitely had ramen that I prefer more many places in Japan, NYC, L.A., and SF. Let’s call it at 7/10, a decent placeholder for the Indy. 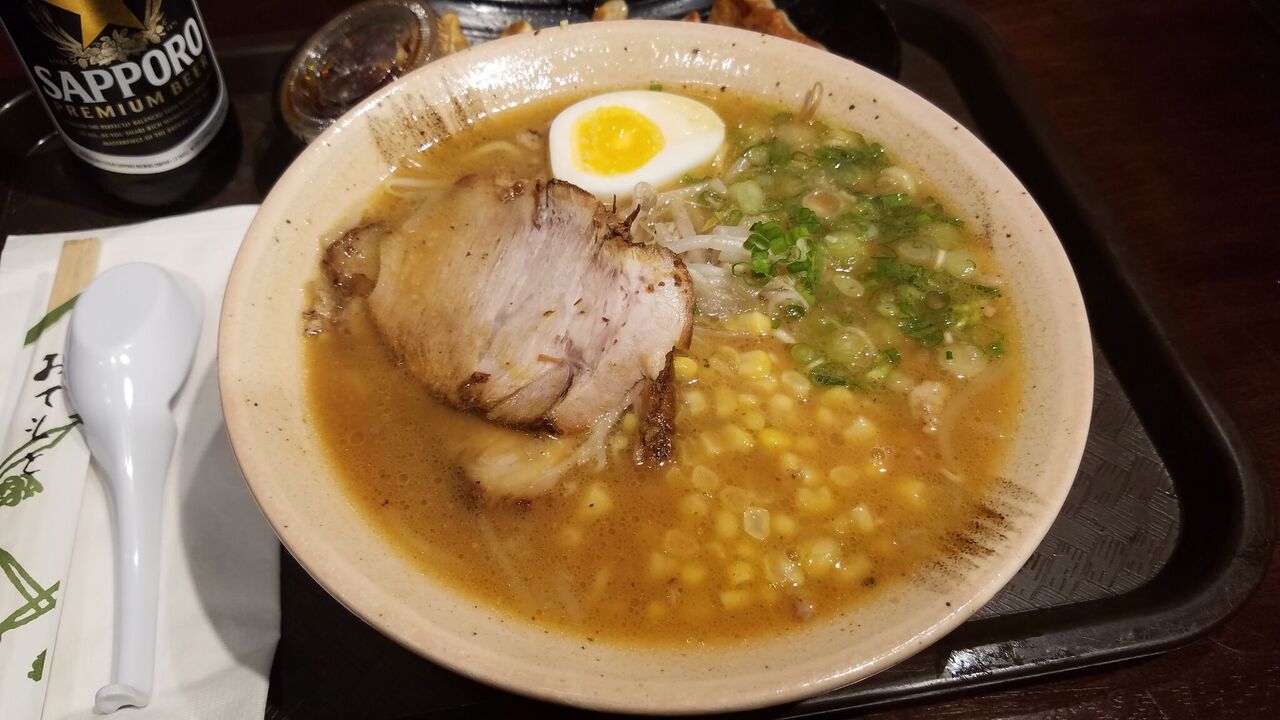 Skeme: When it comes to eating meat, I have to say I’m pretty savage so making a stop to Goose the Market was definitely a highlight. The selection of meats were so on point, local, obviously fresh and of the highest quality. Why is it important to shop at places like that instead of supermarkets? 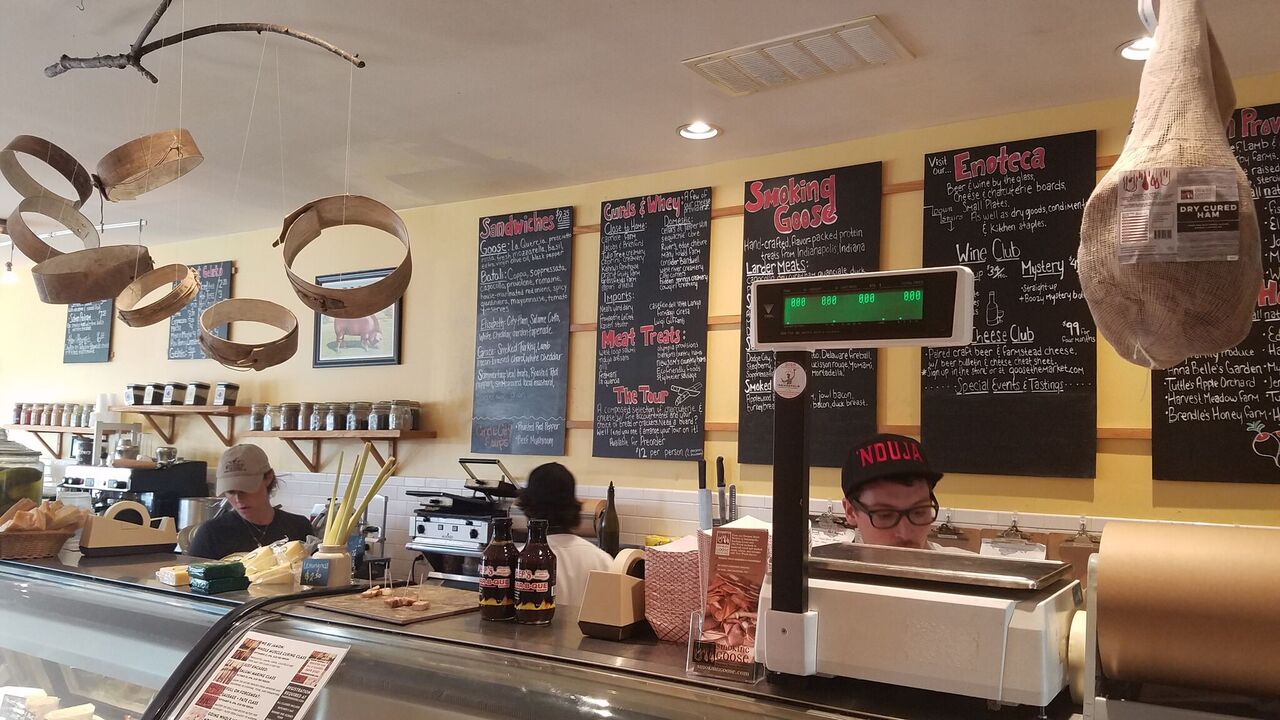 Paren: For me, “shop local” motivation is about more than just quality control or knowing the source of the products you buy; it’s also an opportunity to build a connection with the people around you and to control where your money flows. Sam Walton doesn’t know your name and doesn’t care what you put into your body. Conversely, Chris and Mollie Eley (the owners of Goose The Market) are quality characters and good people, who staff other knowledge, good people. I have connected with many of the folks who’ve worked there over the years. I even lived in the same building where the shop is located. Order your third sandwich in as many days from a shop like this and you won’t need to remind the staff of your name ever again. Connection through commerce is still possible at places like this. This spot is a personal favorite.

Skeme: Let’s talk about the Sausage selection there, we picked up a few different ones and I can’t remember if it was the Ballpark or the Andouille but it was a taste of heaven right off the grill. Not that you work there but you are in good with the staff so what’s the secret ingredients because I’ve never had great sausages like that.

Paren: The sausage selection at Goose is very good and is really just the start of the quality offerings at the spot. I highly recommend their other cured meats, and the cheese selection is probably where I spend most of my cash these days. In terms of the Smoking Goose sausages, I recommend the andouille and the duck pear port sausage, some of which were on the grill when you were in the spot.

However, the sausages that were the real crowd pleasers straight from the grill that day were St. Thomas sausages from Kincaid’s Meat Market. Antonio brought those through along with some Wagyu beef dogs from Kincaid’s, who produces the sausages for the annual St. Thomas Aquinas Sausage Festival and sell them year-round at the shop. I don’t know the secret ingredients, but I’m a fan as well. Big up, Antonio for those! 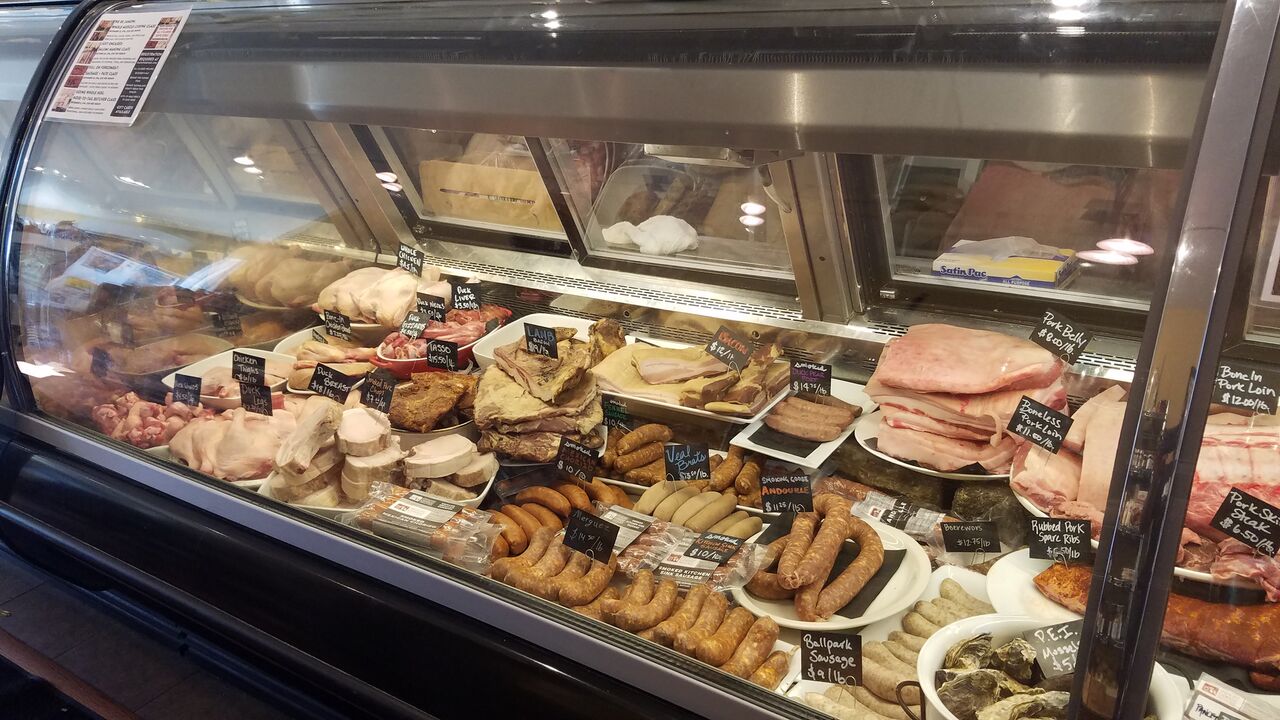 Skeme: Breakfast is the most important meal of the day but as DJ’s, we often times miss out because of late night gigs so brunch is the next best option. I’ve eaten at some great places but your recommendation of Milktooth goes down in top 5 brunch spots I’ve ever eaten at. The line was down the block and I honestly would’ve waited but you’re like the Mayor of food in the city and got us a seat with no problem. Everything on the menu looked amazing and of course fresh local ingredients make all the difference. I would’ve never thought there would be great tasting oysters like that in Indianapolis and the Jerk chicken over the rice and beans put me over the top. What’s the history of that place and your recommendation for a first timer?

Paren: Milktooth is the first restaurant of Johnathon Brooks (former Chef de Cuisine at Recess, my favorite Indianapolis restaurant). Truth be told, you can get a more accurate portrait of Milktooth from a quick Google search, as the restaurant has become a well-deserved darling of the city and the U.S. Milktooth has been featured on a recent Conde Naste list of the 207 best places to eat on the planet. In 2015, Food & Wine named Brooks one of America’s 10 best new chefs. The list of accolades goes on. Short form: Milktooth is located in Fletcher Place, in a former garage, is open for brunch, staffed by creative, good folks, and you’re going to enjoy most any menu selection. I recommend ordering from the “Of the Moment” portion of the menu or going with the lamb burger if you’re in the mood, as it’s one of my favorite burgers in the city. And get something sweet. You really can’t go wrong here. Good people, good food.

Skeme: Since we are DJ’s, it’s only right to talk about some music. You guys recently released your promo mix cd for Naptown Soul Club. What can the listener expect to hear after pressing play?

Paren: Our first Naptown Soul Club promo is a mix of Indiana soul and funk 45s comprised several cuts that folks who dig this music already know and love, along with a few tracks that are probably new to most listeners. Folks like Egon (Now Again) have done an excellent job of championing music from Indianapolis, but there’s still much more to be shared. We hope this mix provides another funky, jazzy, soulful dose of records from our city and state. We’re not flexing DJ skills on this one; we’re just highlighting the music.

Skeme: You’re a heavy collector of local 45’s, what’s the top 5 in your box at all times?

Paren: In no particular order:

Roosevelt Matthews w. Billy Ball and the Upsetters – Tighten Up

Skeme: Anything that you want to add or plug at this time that you believe the world needs to know?

Paren: Keep moving; keep connecting; and keep learning. That’s a reminder to self as much as anything else. This is unique time in history where many of us have the opportunity to travel and experience the world. Don’t be patient; get out there and see it.

While I try to spend as much time as possible on ‘real world moves’ these days, you can find me at online at the following locales: djparen.com or naptownsoulclub.com or posting the occasional record, dog, or food photo on Instagram at @_paren.