Beyond the Cosmos: A Starkiller Interview

Sometimes you’re blessed to witness the unfolding of something special in the making and know that it will eventually become great. Early on before becoming a household name, I had the pleasure of working with Adrian Younge and the Black Dynamite Orchestra on several occasions and since then have built friendships with members of the collective outside of the music. Band member C.E. Garcia is one person who I connected with early due to our shared love of music and film, comic books and sci-fi and other “geek” culture that sparks nostalgia, which in turn, inspires out creative output as professional musicians. C.E. Garcia and partner Alfredo Fratti have a new band formed during the time of working with Adrian Younge and their debut album is unlike anything else and is simply amazing.

Nostalgia King contributor and photographer Mike Beon also shares many of the same interests so when the opportunity arrived to catch up with Garcia, it was a no brainer to have Mike conduct the interview and introduce our audience to Starkiller. 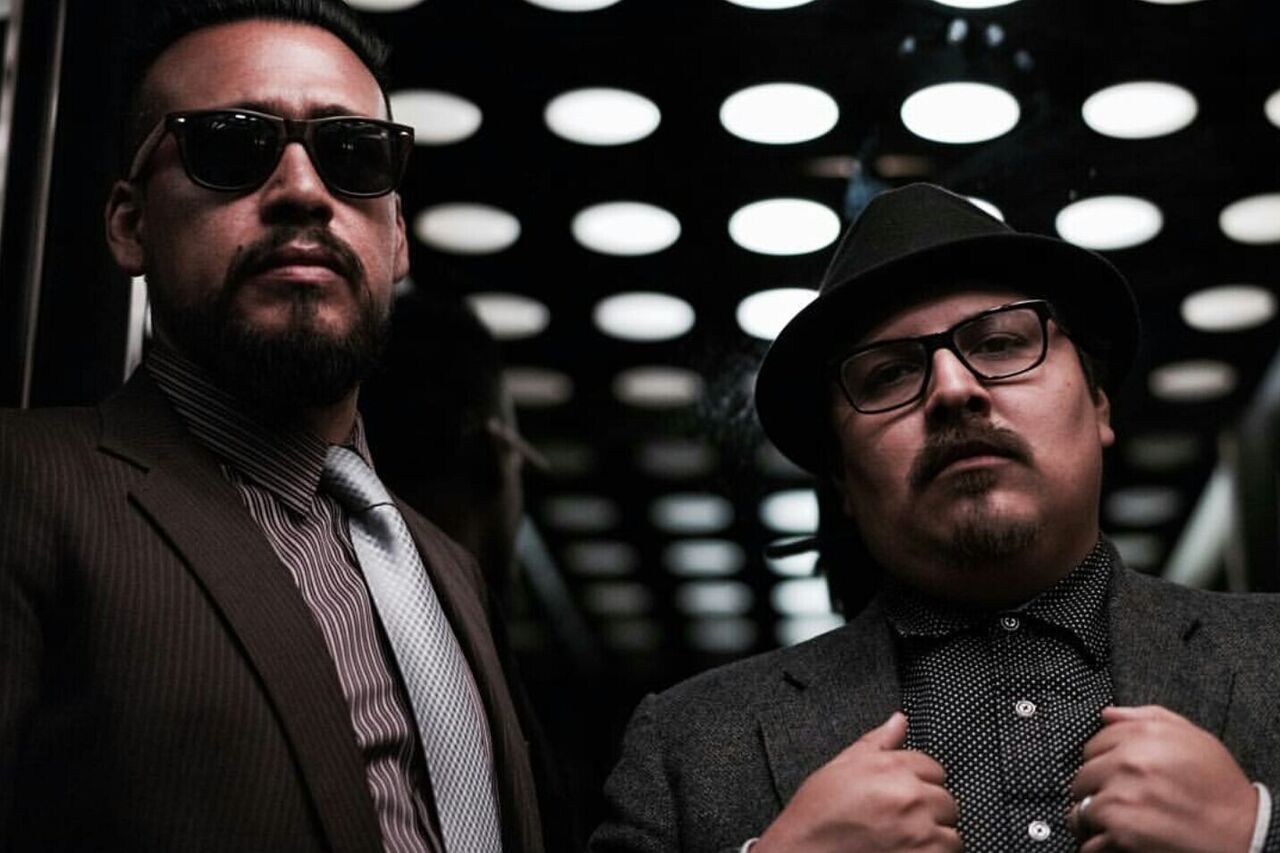 Mike Beon: Who Is Starkiller?

Starkiller: Starkiller is both myself, (C.E. Garcia) and Alfredo Fratti. It began about 6 or 7 years ago as nothing more than a creative outlet for us, outside of musical projects supporting Adrian Young. It’s grown into so much since then and I’d like to say it’s grown into a particular type of sound at this point.

Mike Beon: While listening to Amorine, I felt a strong psychedelic vibe yet it’s very funky. How would you describe the sound of this project? What feeling were you attempting to convey?

Starkiller: The sound is nothing more than an amalgam of all of our influences & inspirations combined. I guess that’s why our music is so dense and feels almost cluttered at times, but in a good way. We’re always trying to cram as much of our own heart & soul into each track, and never sound repetitive. We primarily write instrumental pieces, so we have to convey different types of emotion with each song.

Mike Beon There’s a marriage between vintage sounds and modern music. How do you manage to link two different eras so tightly on this record?

Starkiller: I guess it really just boils down to our love for the music that we try to emulate. I mean, it’s not like we sat down and said to one another, “hey, let’s make a song like THIS one or THAT one,” we more try to pay homage to artists that inspire us. 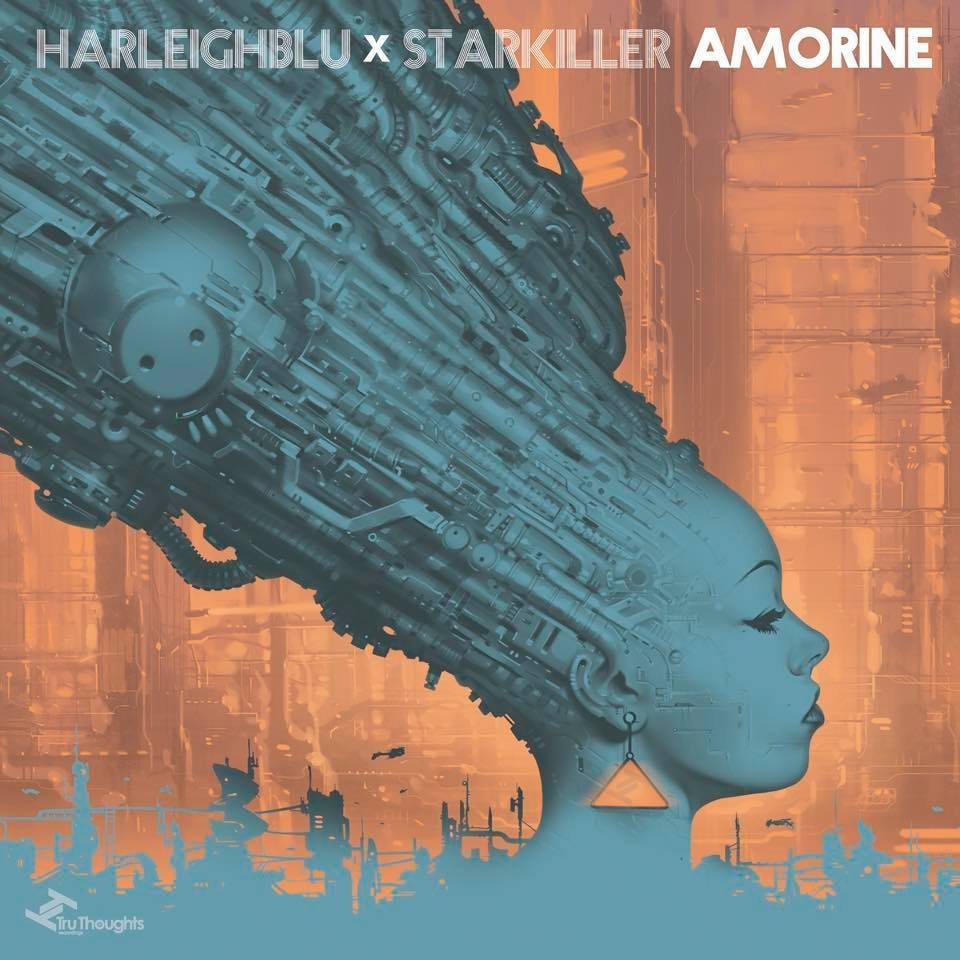 Mike Beon I loved the cover art for Amorine. There seemed to be a dystopian theme that carries over into the music. Is there a story behind the design?

Starkiller: There definitely is. For years we’ve worked with Adrian Younge and for years the records that we’ve been involved in all have had a thematic thread running throughout. So with this one, we wanted to have the same thing. Once we realized that were going to actually do an album, I went back and put together this kind of futuristic love story with some Romeo & Juliet sensibilities, but of coarse, within a bleak dystopian landscape.

Mike Beon You and your partner Alfredo E. Fratti have such great chemistry as a production duo. What was the creative process like for this project?

Starkiller: I think it’s because we openly trust one another when it comes to writing pieces of music. We never go into a song with preconceived notions of how we think it should go or sound or what we want the other person to do. We truly believe in how important the element of collaboration is in the collaboration process. I think honestly, we always just try to one up each other. 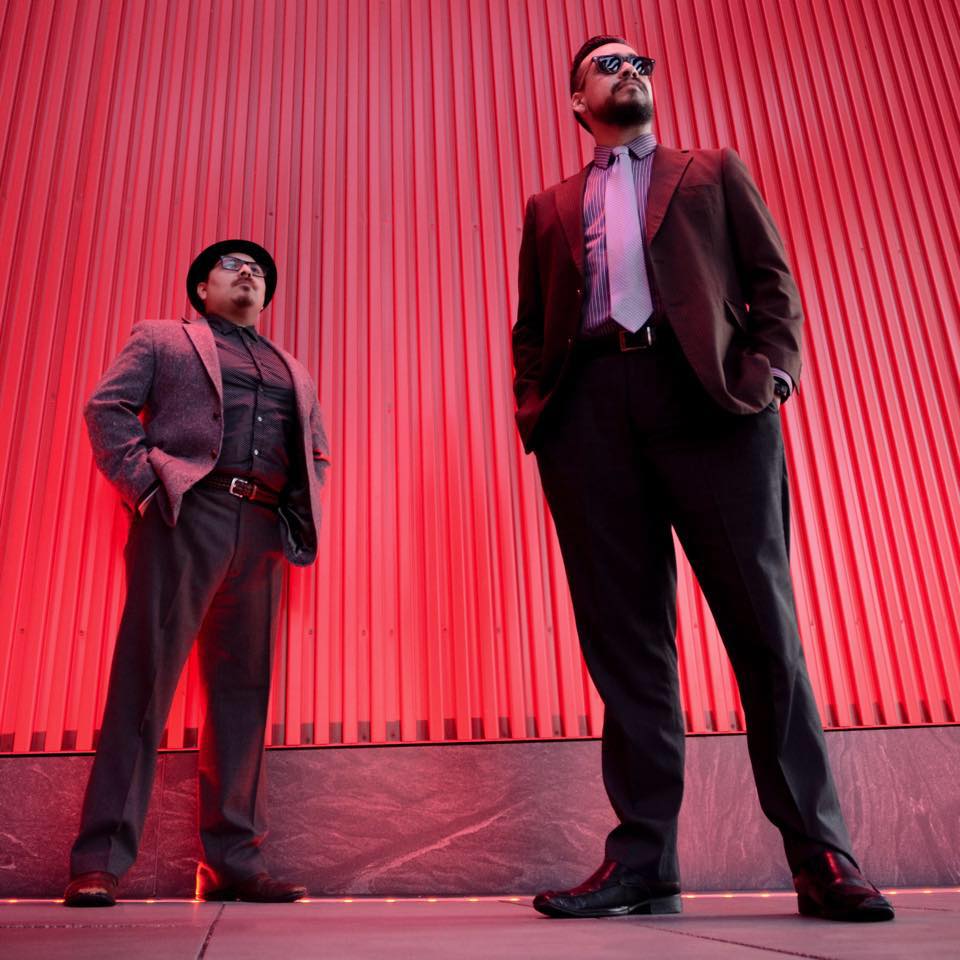 Mike Beon How did the collaboration between Starkiller and the amazing UK songstress Harleighblu begin?

Starkiller: It began when she reached out to Adrian (Younge) for possibilities of collaboration but his schedule was so tight that he couldn’t oblige. Around that time we had just recorded some tracks for RZA’s now defunct Soul Temple imprint, and it was based on the strength of some of those tracks from those sessions that he thought that we could possibly be a good fit. I think he was right.

Mike Beon We’ve had discussions prior to this interview about comic books and we share a similar taste in film. How important is it not only as a musician but also as a creative to have an archive of references to build ideas upon?

Starkiller: It’s immensely important. I’ve always wanted to be an artist and a filmmaker but with out the ability to do so, so I look at others work to inspire me. I store up all of those things and use each track as a blank canvas to create something new, something I want to see or something that I want to hear. 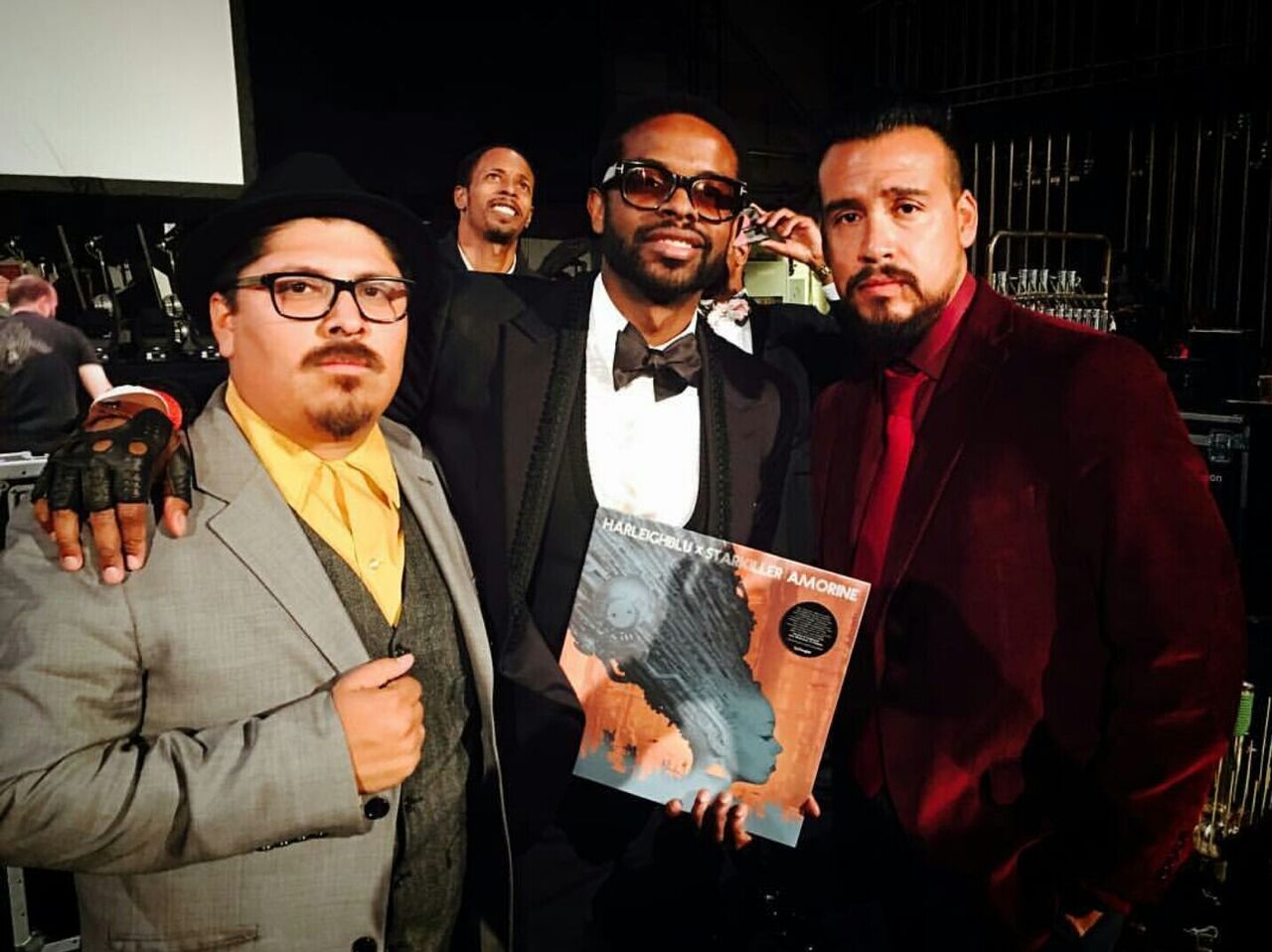 Mike Beon I read that Moebius’ “The Incal” and George Lucas’“THX 1138” helped to inspire you. Could you discuss the significance of each and why both of those creative works resonated so strongly with you?

Starkiller: With The Incal, it was strictly a visual inspiration. When I read that graphic novel, I was so struck by the look of it that I imagined if it was a film, what would the score sound like. As for THX, I loved not only the look of the retro 70’s sci-fi feel it had but for years have always been drawn to the love story. We borrowed elements of the story for ours. Hence the reason why the cover ended up looking the way it did.

Mike Beon What’s next for Starkiller?

Starkiller: More music, more stories. All to be told the way we want them to be told. I guess that’s why it’s taken so long for us to finally release an album. We were waiting for the right moment to do something the way we wanted it to be done.

Mike Beon Before we conclude this interview, what is your favorite form of Nostalgia?

Starkiller: Old movies. I find myself delving into older flicks more than new ones. I’m a sucker for anything “old” released on Blu-Ray, with updated artwork, new interviews and special features, with remastered soundtracks, etc., etc., etc… Take my money. 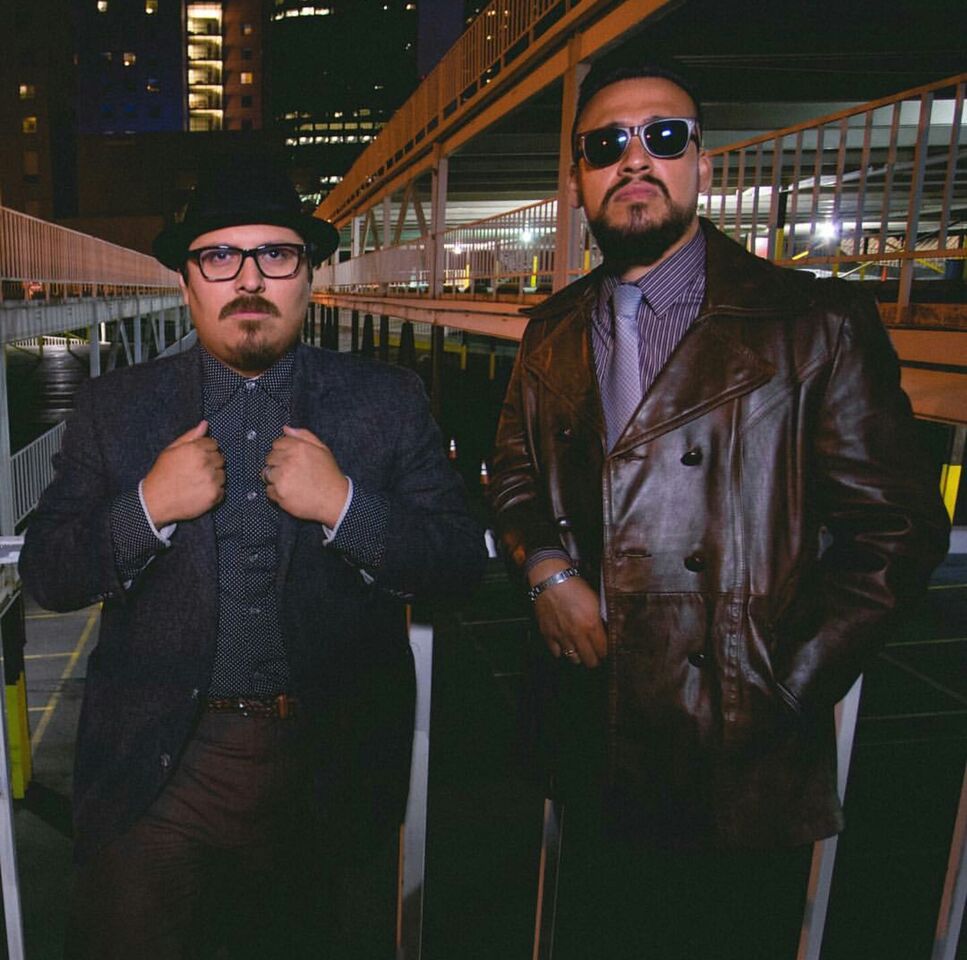