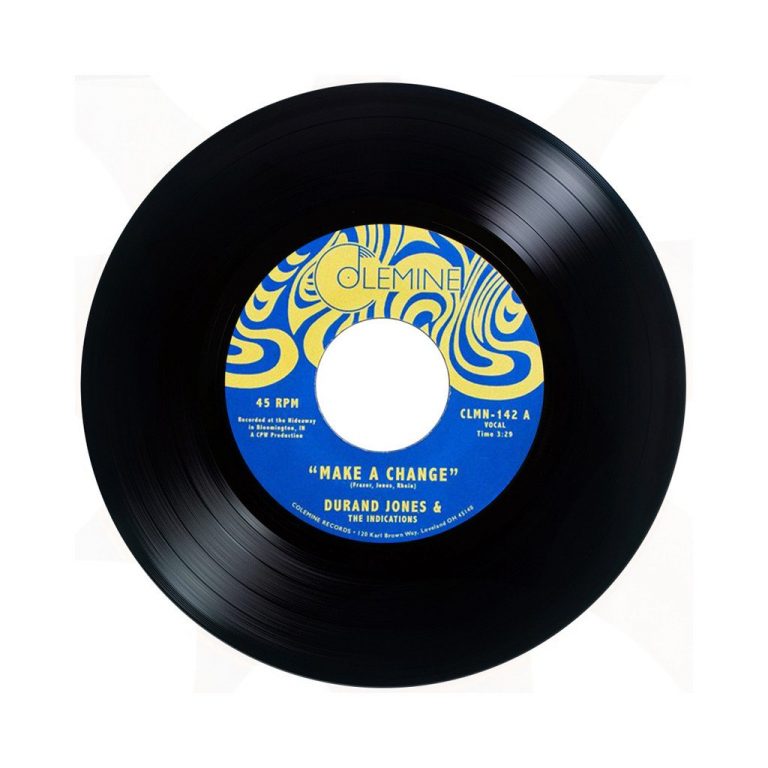 Every artist has a story about the road traveled to go from an unknown working on music to finally being heard by more than just the local audience in their hometown. Durand Jones & The Indications has a similar story that most might not know which began to take shape last July while recording their debut album. Finely crafted, conceived and recorded in the best possible place to release the grit, a dingy Indiana basement on a shoestring budget of $452.11. Without a “buzz” or following the continued to pour their soul into the project until it was finally released to the public and sure enough, the world loved it. Their LP hit the bins at record shops worldwide and flew from the shelves as quick as they were stocked.

Now with having a solid fan base, Durand Jones & The Indications are set to hit the road on their first U.S. tour and to help kick things off Colemine Records has pressed a new 45 featuring cuts from their debut album. “Make A Change” is a politically poignant and fiercely funk which opens with a heavy break while the flip, “Is It Any Wonder” is a sweet lowrider anthem featuring drummer Aaron Frazer and his silvery falsetto.