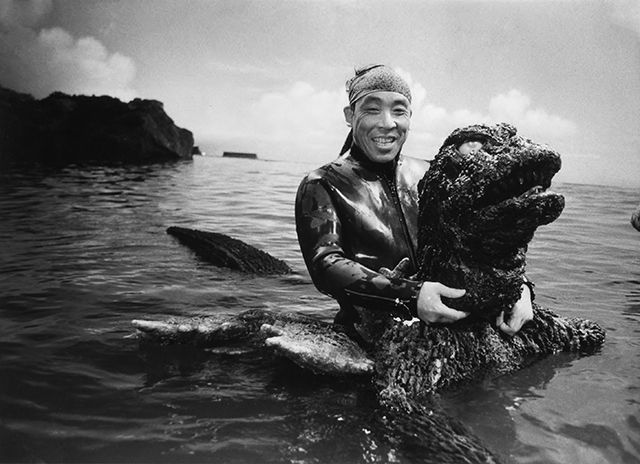 Haruo Nakajima – The Man Who Was Godzilla

Growing up as a kid in the 70’s, monster magazines was one of the first things that I collected and monster movies were of course the choice viewing (outside of Kung Fu) of films to watch. Out of all of the monsters, Godzilla stands tall as being the greatest and my most favorite of all.  Just like with Kung Fu movies, we referred to most actors by their screen names before actually knowing the birth given and the same holds true with the Kaiju genre of films and TV shows such as Ultraman and Godzilla. The hero often times get the credit but the real life person who wears the costume goes without the credit that he or she deserves which is the case with Haruo Nakajima the man who wore the suit and became Godzilla.

Haruo Nakajima is perhaps Japan’s most famous actor, but you wouldn’t necessarily recognize his face. That’s because from 1954 to 1972, he was the man inside the Godzilla costume for 12 consecutive films. At 87 years old, many now consider Nakajima among the most iconic suit actors in film history. Great Big Story recently caught up with the legend who gave life to the “King of the Monsters” in this groundbreaking role.