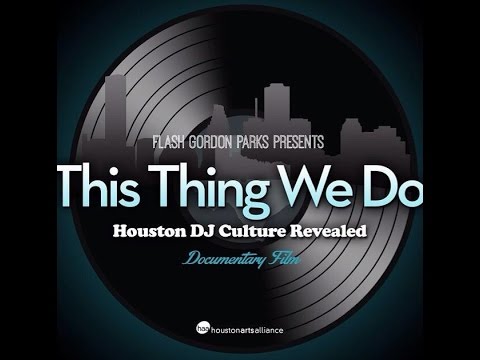 This Thing We Do (Houston DJ Culture Revealed)

At the launch of the new Nostalgia King, I had the pleasure of interviewing fellow DJ, collector and art lover Flash G Parks about preserving local history and his documentary This Thing We Do (Houston DJ Culture Revealed) which has gotten great reviews after it’s debut screenings. The documentary looks into the history and interviews DJ’s from the city who were influential in creating a certain sound and bringing their style to city.  After months of waiting, the documentary is now available to stream online for the rest of the world to get a first hand look inside Houston’s proud establishment of DJ culture.