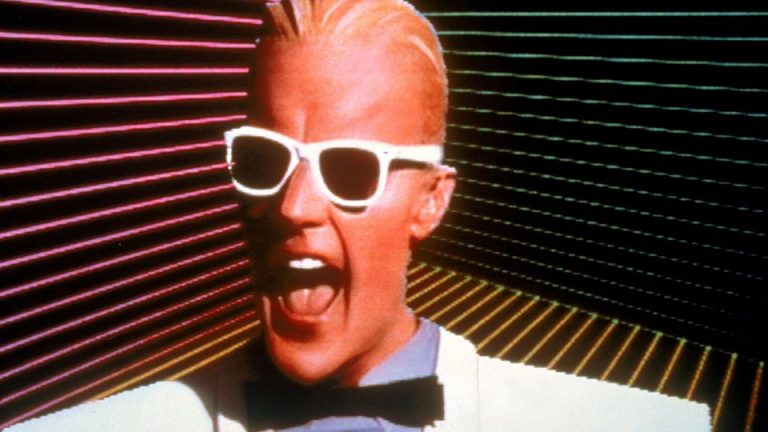 Nothing says the 80’s like pixelated computer graphics, arcades, VHS movie rentals shops and of course music videos which have all made major technological advancements in the last 30 years.  Computer graphics have become more like movies, arcades have of course come, gone and are now grown up and back again in the form of Barcades while the days of cheesy videos turned into the million dollar overly produced Hype Williams and Little X mini movies of your favorite 90’s rappers and R&B singers which later meant absolutely nothing with less people watching TV and more tuning into YouTube.  And of course the nail in the coffin was when Music Television aka MTV stopped showing videos and decided that reality TV was a better fit for the microwave generation short attention span “look at me” generation that we live presently live in.

But what goes around, often comes back around again weather it be paying homage or simply people being creative and stepping away from what we’ve been heavily bombarded with.  It’s 2017 and most people probably couldn’t tell you the last official music video they watched but there are still those artists, especially those on independent labels that are still pulling money from their budgets to shoot cool videos to accompany their singles.  Two videos that have made their debut in the last week, each heavy on the 80s influence are The Allergies “Love That I’m In” ft. Andy Cooper which takes full advantage of VHS aesthetics, Members Only Jackets, Kangol Buckets and of course big gold chains and door knocker earrings. Available now on 45 vinyl.

While on the flip side,  Mayer Hawthorne and Jake One aka Tuxedo take you the pinball arcade route with their “2nd Time Around” video which perfectly sets them into one of the machines with flashing lights, silver ball overload and of course, dancing girls in shorts and high socks.

It’s great to see artists making videos that actually makes sense and fits the song with a properly thought out treatment.  We may never return to the era of running home from school to catch 1/2 hour afternoon video shows but there still are great ones being made to keep our nostalgia alive. Both releases are available now on vinyl LP.