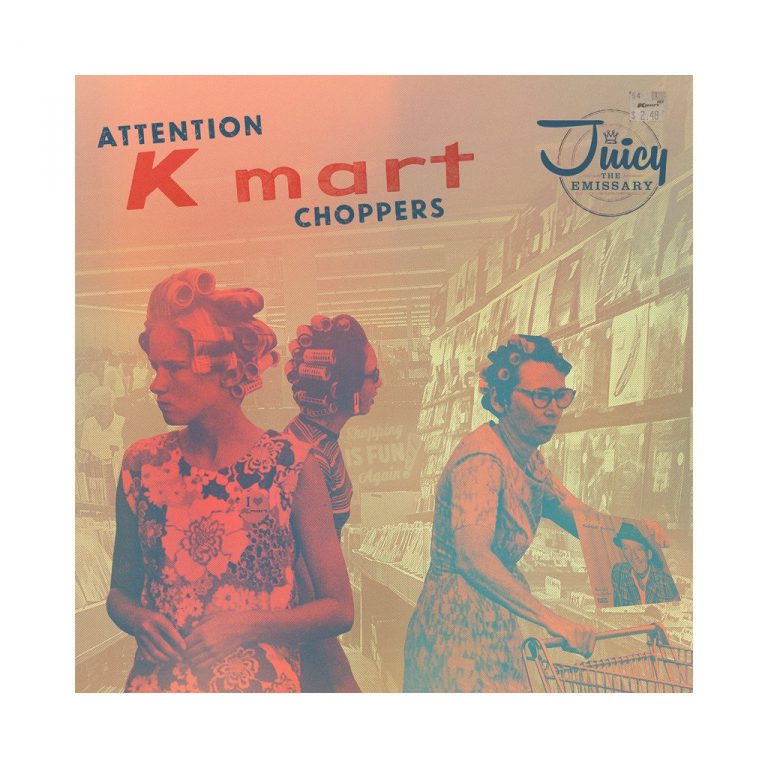 In an era where so many people are doing the same things creatively, there’s a thin line between doing it and doing you which comes along with actually having a concept behind your project.  Over the years we’ve heard a slew of “beat tapes” thrown together with nothing more than 2 mins and 30 seconds of a track before fading out to the next. But over the last couple of years, producers have been taking the extra steps with actually coming up with concepts and themes that make sense by picking a topic or source and sticking with it which gives it a cohesive sound and not just random tracks pulled from floppy’s.  I’ve always been a stickler for things with great and unique concepts that not everyone would think of and the latest release from producer Juicy The Emissary comes through with the goods with “Attention Kmart Choppers” where he samples and flips from Kmart cassettes that were originally played in store during business hours.

“On Thanksgiving 1989, Kmart employee and audio enthusiast Mark Davis wandered behind the customer service desk to check out the store’s sound system, which looped muzak and top 40 plus ads and announcements under the banner of “KMRT, The Kmart Radio Network.” When he found last month’s tape hadn’t been thrown out yet, he pocketed it and made a habit of doing this, collecting 56 tapes from 1989-1992.

In September 2015, Davis uploaded the tapes to archive.org with the humble intention of preserving them. But within a few weeks he became an internet celebrity among obscure media fans and supplemented the collection with reel-to-reel tapes from the 70s and 80s thanks to Tom Schwarzrock, who acquired them serendipitously along with a deck he purchased. The tapes are like a consumerist time capsule, a vaporwave trove of eerily familiar corporate ephemera extracted from its original context and purpose.

Similarly, Attention Kmart Choppers is composed of pieces from this collection chopped up, resculpted, and mosaicked together by Juicy The Emissary, forming a new, distinctly contemporary sound while inheriting a haunting nostalgia that provokes memories burrowed deep in the subconscious.”