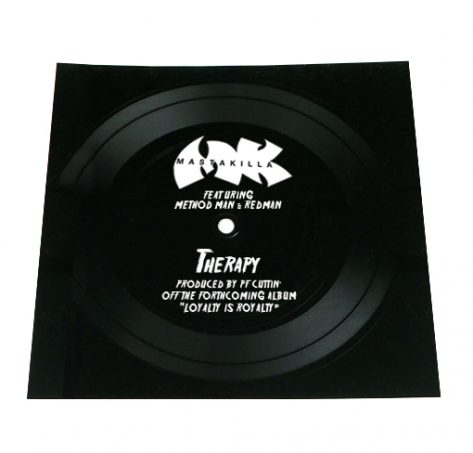 I try my best to be punctual and on time 99.9% of the but there is that 1% chance that I show up fashionably late to the party but still arrive with gifts in hand.  I recently caught wind of the fairly new Masta Killa “Therapy” 7″ flexi disc featuring Method Man and Redman with PF Cuttin on production.  Although it made it’s debut earlier this year via Adult Swin singles, the flexi disc hasn’t made it’s rounds through the blogs and usual suspects and since we like cool shit here at Nostalgia King, why not drop a gem on you.  Therapy is the lead single from Masta Killa’s upcoming LP, Loyalty Is Royalty, peep the soundclip here then head over to Nature Sounds to grab it.