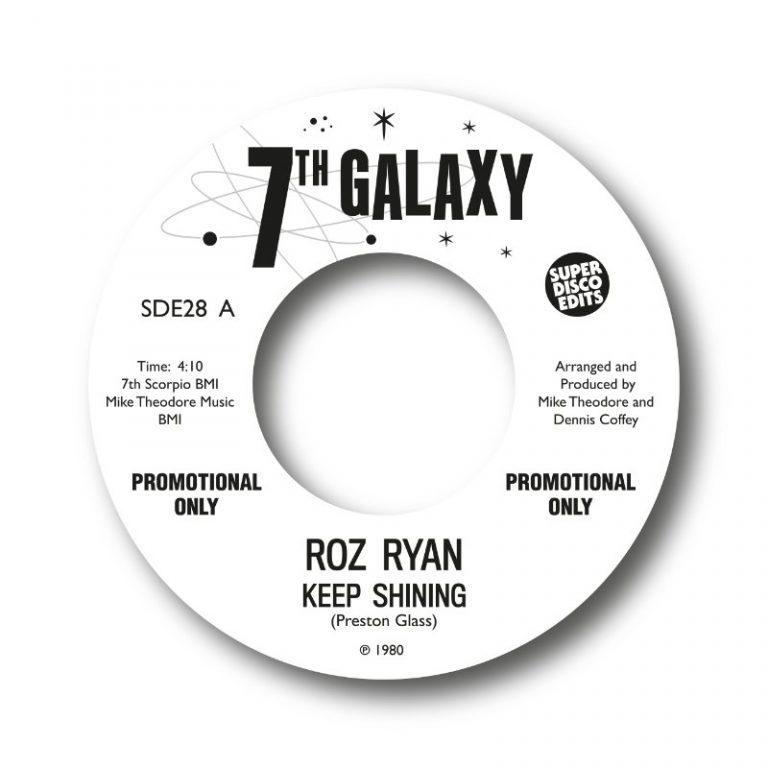 Ok so by now you should be very well hipped on the Super Disco Edits label and their catalog of previously unreleased tune finally seeing the light of day on a vinyl release after being locked in the vaults collecting dust with other reels for 30+ years.  Their latest release and a nice one to close out the summer comes from Roz Ryan with a double sider of Disco and slow burning end of nighter that should be getting plenty of spins once it drops.

Roz Ryan – “Keep Shining” b/w “Put Love Back
“In 1980 during her run on Broadway in the musical, Ain’t Misbehavin’ and before being cast in Dreamgirls, singer/actress and Detroit native Roz Ryan teamed up with the legendary team of Dennis Coffey and Mike Theodore on a six song album that wound up being unreleased. Composed by Eric McClinton, Both tracks were from the Theo-Coff sessions and make their debut for lovers of dancing’ and romancing’.