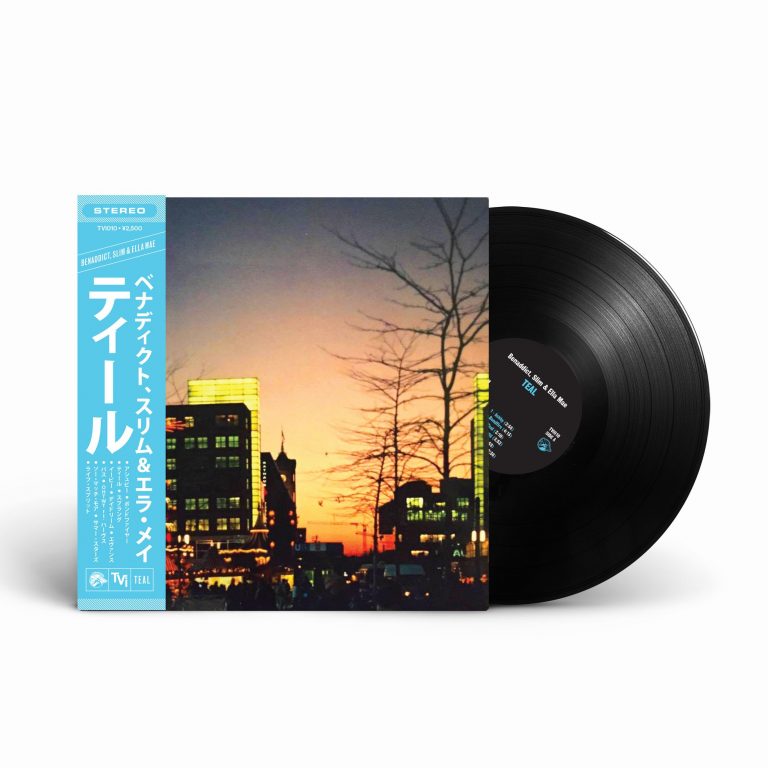 Village Live is a label that obviously has a distinct love of working with producers to create and release instrumental LPs on vinyl and has done a solid job over the last year to fill up a crates worth. They’re also known from time to time to release LP’s that could stand on their own as instrumentals but feature talented MC’s to contribute their talents to add extra seasoning to an already flavorful pot. Their latest, and another beautifully packaged  gem comes by the way of a 3 man collective who put there heads together to create one masterpiece.

“Teal is a collaborative project between 3 artists that hail in the sunny South of England. This album is made up of Slim & Ella Mae, who both recently featured on Gilles Petersons latest compilation on Brownswood Recordings, and Benaddict who just dropped his debut LP ‘Garden Of England’ on YoGoCop Records. Together the trio has combined their talents and put together this soulful, feel good, jazz tinged, 12 track LP.

Slim laces the album with his signature style of laid back, jazzy production, while Benaddict & Ella Mae provide us with humble, heartfelt and thought provoking lyrics and vocals throughout. Featuring Harvs, who has collaborated with Remulak on several occasions, on the brutally honest ‘On How To Waste Time’ & Little George Sueref playing Harmonica on ‘Evans’

Teal comes out on 28th August and is available for pre order as of the 21st. limited run of 300 LP’s with teal OBI strip designed by Mr Krum, with photos by Sam Barrett & artwork by Remulak.”

Check out soundclips over at http://www.villageliverecords.com