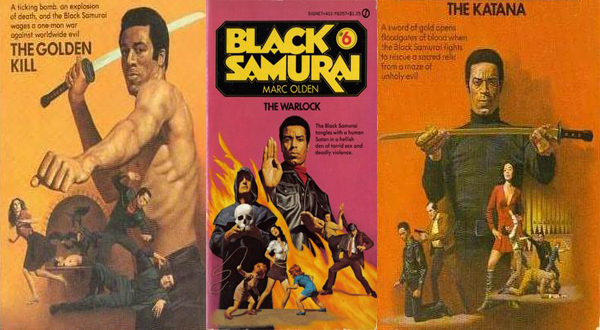 Yesterday news broke that rapper Common would be starring in the new series Black Samurai series from RZA and Jerry Bruckheimer premiering on Starz.  The series, which is currently in development, will follow Robert Sand (Common), a highly-trained American Army Ranger whose life is transformed when he meets a legendary Japanese master who invites him to train as a samurai. After his beloved sensei and samurai brothers are killed by mercenaries, Sand is thrust on a worldwide journey of both revenge and self-discovery.

Being the Nostalgia King that I am and usually up on things way ahead of them becoming cool and hip to the masses in the form of a remake or adaptation, so I thought I should let you know the origins of the original Black Samurai and it’s creator, Marc Olden. 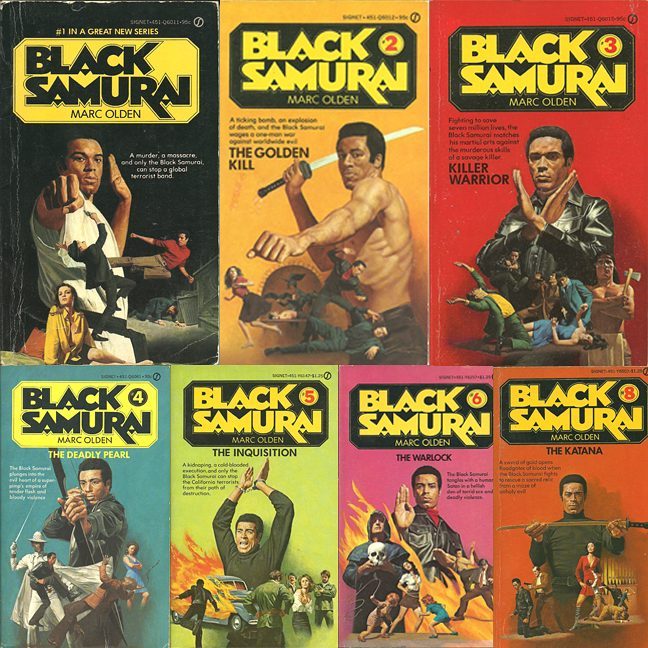 Marc Olden (1933 – 2003) was an American author of mystery and suspense. He is perhaps best remembered for his haunting mystery Poe Must Die in which 19th century American author Edgar Allan Poe appears as a protagonist. He was a prolific author of forty books, two non-fiction and thirty-eight fiction.

He was recognized from the beginning of his career as a masterful crime writer and was nominated for the coveted Edgar Award for “They’ve Killed Anna”, from his popular “Harker File” series about an investigative reporter. In 2000, the Black Caucus of the American Library Association presented Olden with the Literary Fiction Honor Award for his New York crime novel “The Ghost”.

Marc Olden started his writing career with two works of non fiction — a biography of Angela Davis and a study of Cocaine in 1970s New York — before turning to the genres of thriller and suspense. Under the pen name Robert Hawkes, Olden began writing the Narc series, which follows a policeman on a counterdrug task force. During those early years Olden also produced “Black Samurai”. The book follows the exploits of Robert Sand, a martial arts expert and the only non-Japanese trained by a Japanese samurai master. It became a successful novel series and was later made into a film, starring actor/karate-stylist Jim Kelly. Many of Olden’s eastern influenced books, such as “Giri”, “Dai-Sho”, “Gaijin”, “Oni”, “Te”, “Kisaeng” and “Krait” reflect his lifelong study of the martial arts. At his death he held advanced degree black belts in Aikido and Karate.

In 1977, Jim Kelly starred in the Blaxploitation film Black Samurai which is loosely based on Marc Olden’s novels.

So before you sit down to binge watch episodes of the series, I highly suggest you picking up the paperback series and dive into some quality reading.