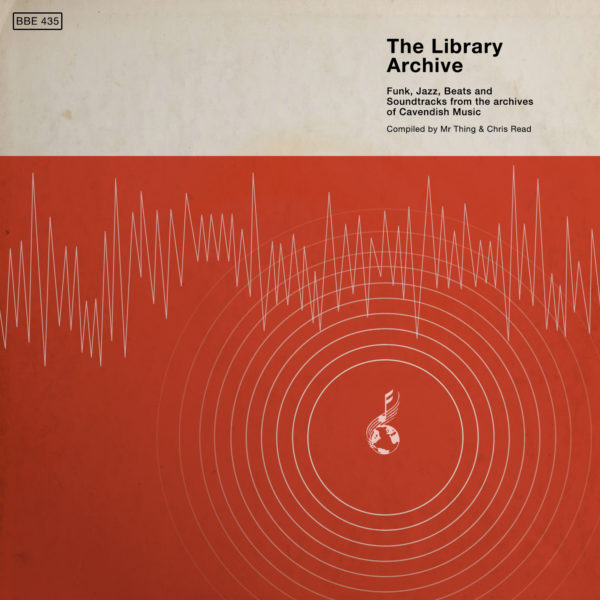 It’s always an interesting story as well as listen when labels open up their vaults to DJs and producers to create compilations from the original masters.  The curiosity instantly kicks into play when you initially find out about the project with wondering what will be chose.  The upcoming BBE release The Library Archives finds curators Mr. Thing and Chris Read pulling select reels from the vaults of Cavendish Music and coming up with a double LP full of Funk, Jazz, Beats and Soundtrack material.

“Founded in 1937 and originally known as Boosey & Hawkes Recorded Music Library, Cavendish Music is the largest independent Library Music publisher in the UK and also represents a host of music catalogues across the globe.  During the Library Music heyday of the 60s and 70s, thousands of original instrumental tracks were produced across a broad range of genres for companies like Cavendish, who then created vinyl and tape collections, often arranged by theme or mood, for their customers in radio, television and film. Cult British TV shows such as The Sweeney and The Professionals as well as documentaries and feature films relied heavily on these catalogues, and companies like KPM, De Wolfe and Boosey & Hawkes went a long way toward defining the sound of British popular culture at the time.”