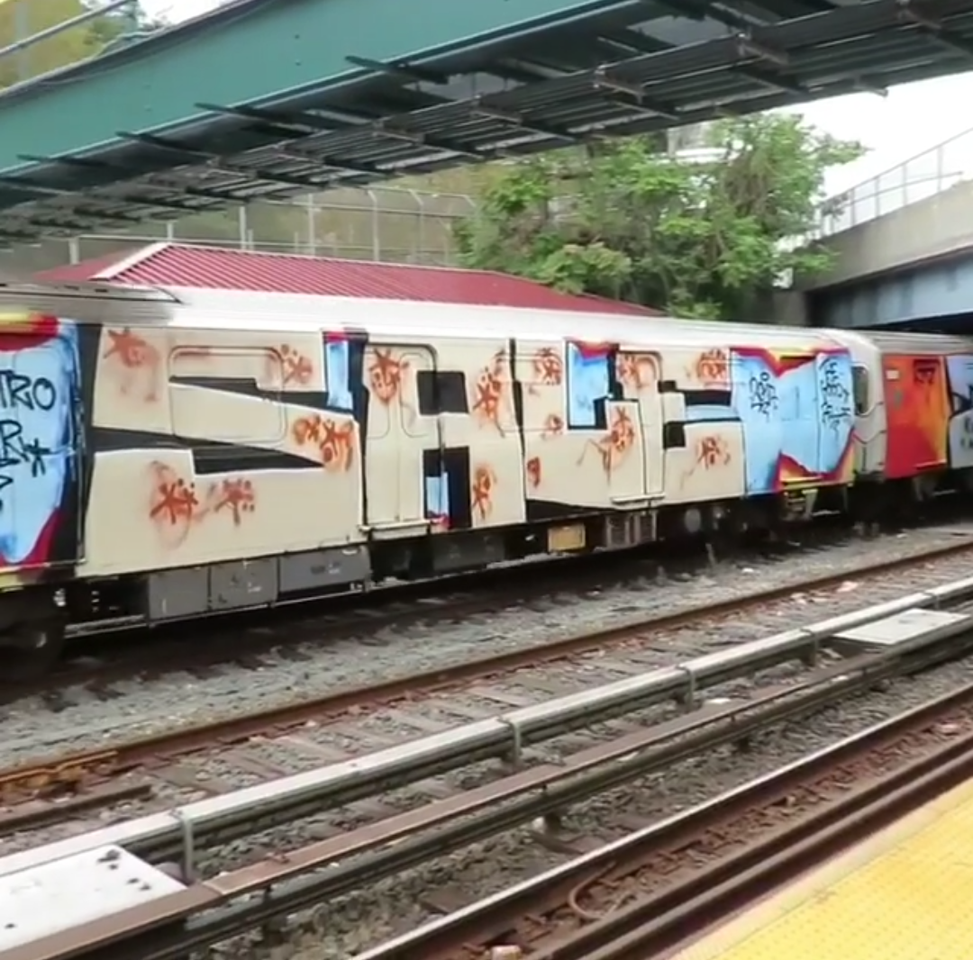 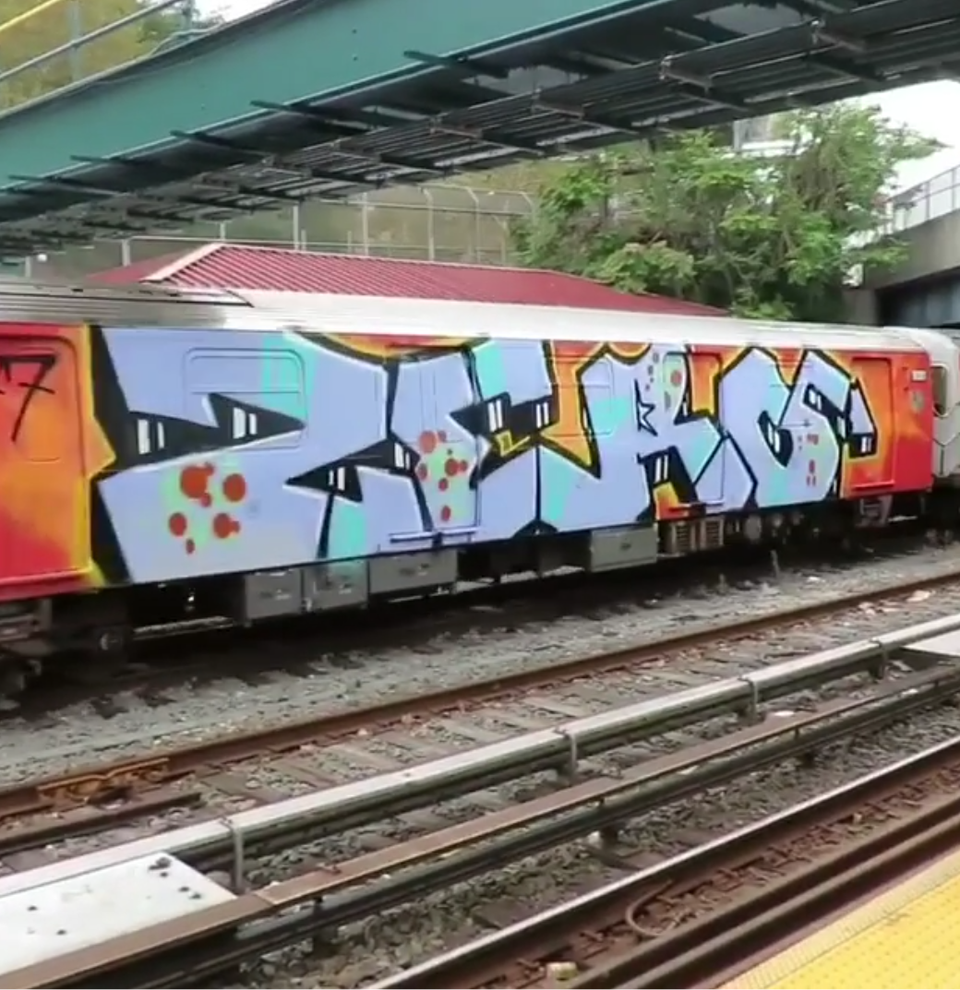 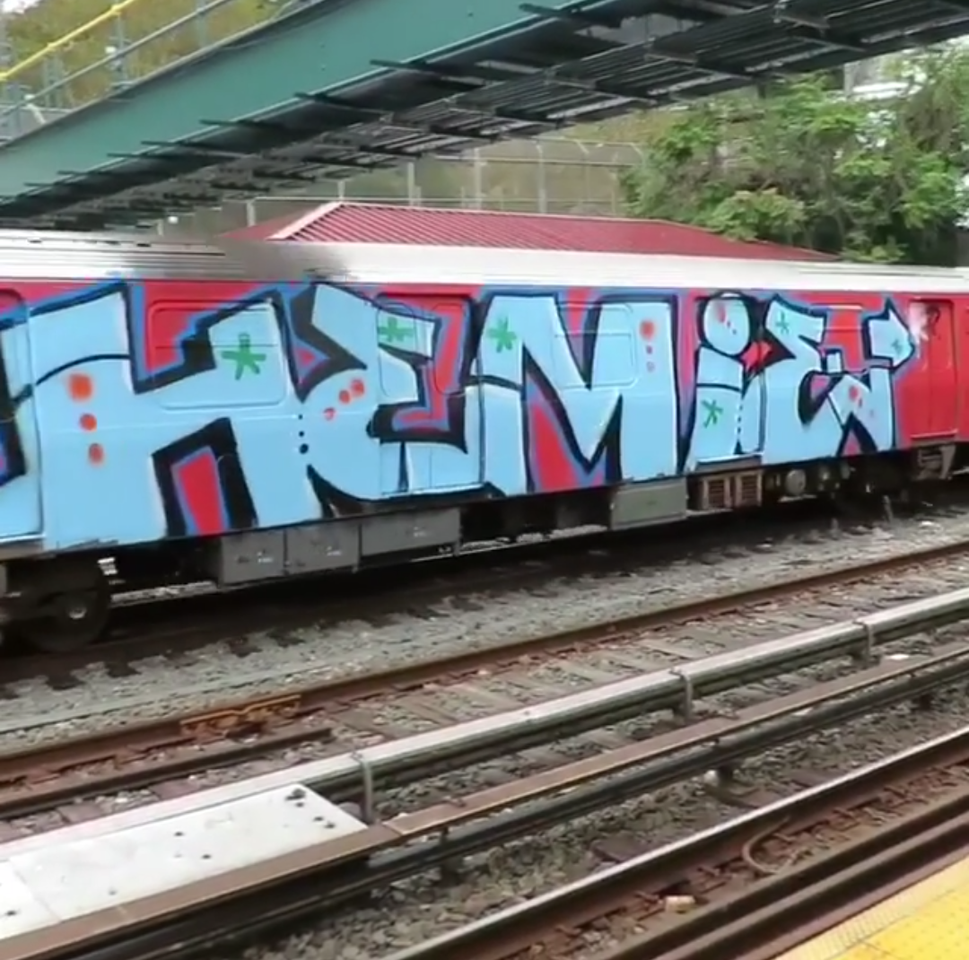 I’ve said for a long time that the last of semi pure elements of so called Hip Hop is always the writers.  Yes, you can say that in every element there has been some sort of compromise or crossover but with graffiti, there always still that necessary point of having style and often times the includes presenting that style illegally. Scrolling through my timeline earlier today I caught a post from the authoritative nyc_graffhead who caught a freshly painted triple whole car NYC train on the move.  While here in Europe I see if almost on a regular basis but I can’t help but to get excited seeing it on home turf in the city that birth the subway movement.