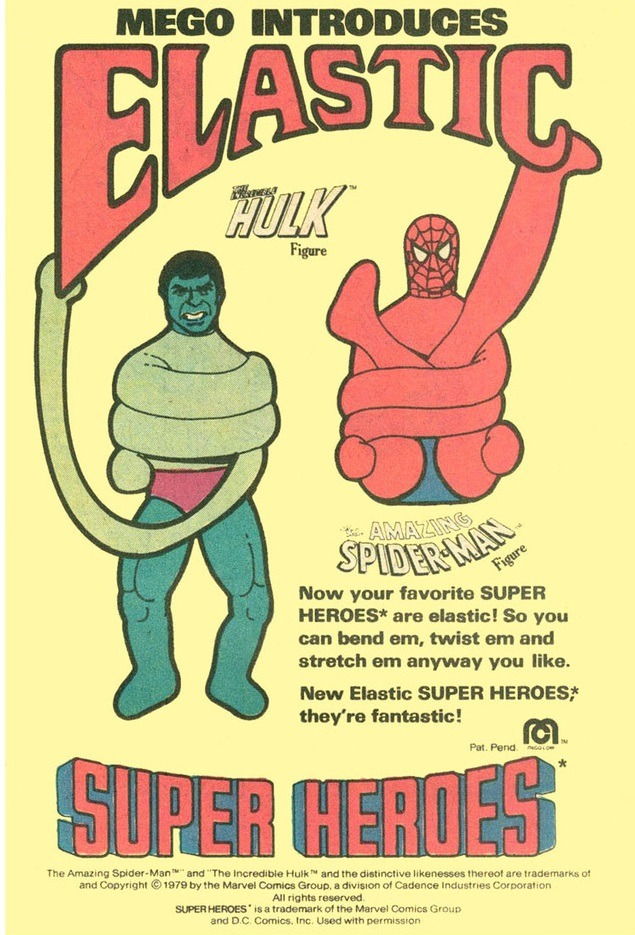 Marvel Team Up – Spiderman & The Hulk

It’s holiday season which means toy time and today we’re going to take a look back at a popular team up during the 70’s with Mego’s Spiderman and The Hulk.  Made in both 8″ and 12″ size figures and produced a long with tons of other Marvel and DC characters, Spiderman and The Hulk were two of the most popular in the line.  Two extremely rare pieces though are the Mego Elastic stretch figures produced in the style of classic Stretch Armstrong figures.  Both are rare and highly sought after with prices when found reaching the $2,000 mark.