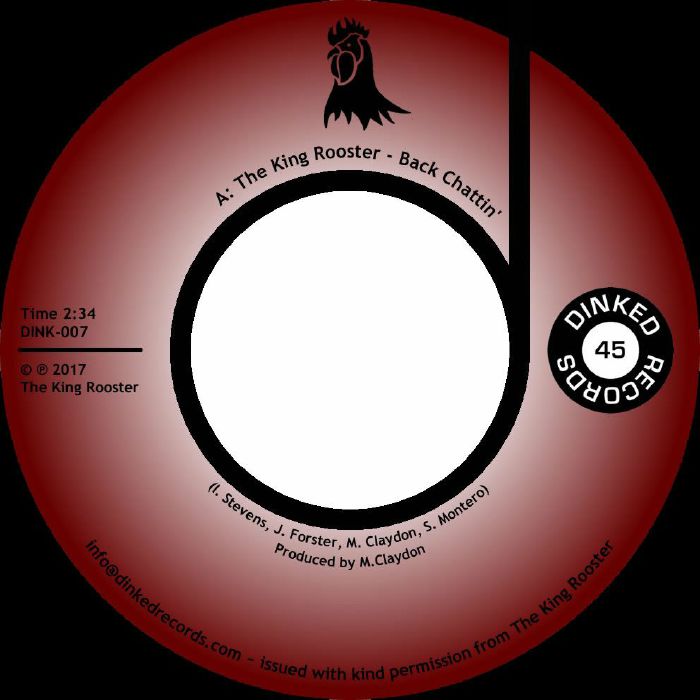 Serious funk fans should already know about the King Rooster, a four-piece revivalist heavy funk outfit that released a trio of killer 7″ singles in 2017. The band’s first outing of 2018 is every bit as essential as its predecessors, with both cuts offering an attractive blend of sweaty, doubles-friendly drum breaks, razor-sharp guitars and wild, Meters-style Hammond organ solos. Of the two, it’s undoubtedly lead cut “Back Chattin” that’s the heavier and most insatiable of the two, primarily thanks to some surf-influenced guitar riffs, heavy bass and just the right amount of organ solo action. That said, the Breakestra-esque B-side is pretty darn tidy, too. – Juno Records