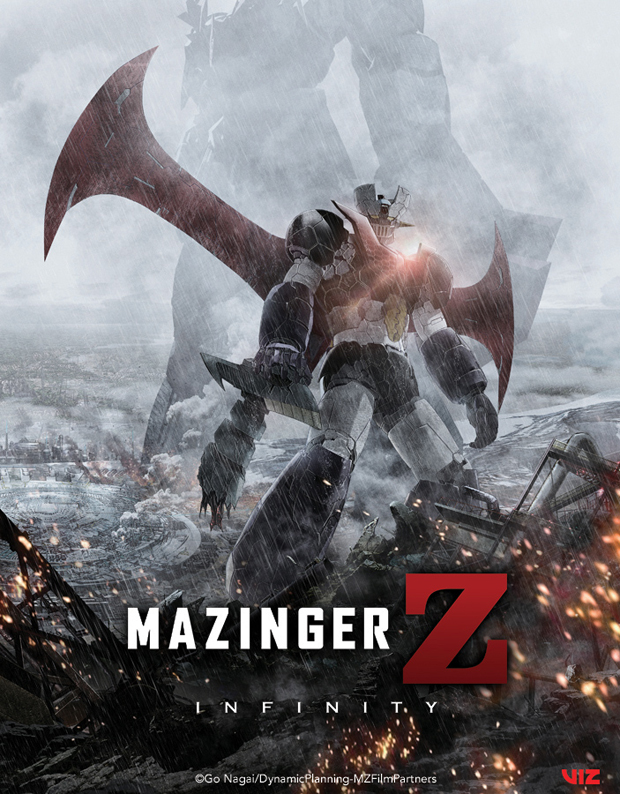 Over the last 5 years I’ve been fortunate enough to be in Japan when special movie events were happening, from seeing the new Kamen Rider to the anniversary of Akira in 35mm to Godzilla.  One movie that I would love to see which made it’s big screen debut in Japan last fall was the new Mazinger Z Infinity which is definitely one of my favorite anime series of all time.

Lucky for us anime and Mazinger fans here in the states, VIZ and Fathom events will be doing a special two day theater screening in February at selected theaters nationwide! VIZ secured theatrical broadcast, digital streaming, EST and home video rights to the film in the US and Canada from Toei Animation which hopefully means a blu-ray version or streaming will follow shortly after but there’s still nothing better than the big screen.

Synopsis: Ten years ago, the villainous scientist Dr. Hell led his wicked followers, known as the Underground Empire, in a struggle to destroy all of humanity. It was against these forces that the young hero Koji Kabuto fought, piloting the legendary super robot “Mazinger Z.” Koji’s victory stopped Dr. Hell’s evil plan and returned peace to the Earth. Nowm Koji has left the pilot seat behind and become a scientist in his own right, following in his father’s and grandfather’s footsteps. Yet an unexpected encounter deep under Mt. Fuji triggers an even greater threat to mankind than ever before and alters Koji’s destiny forever. With humanity’s fate in their hands, Koji and Mazinger Z face a choice between good…and evil.