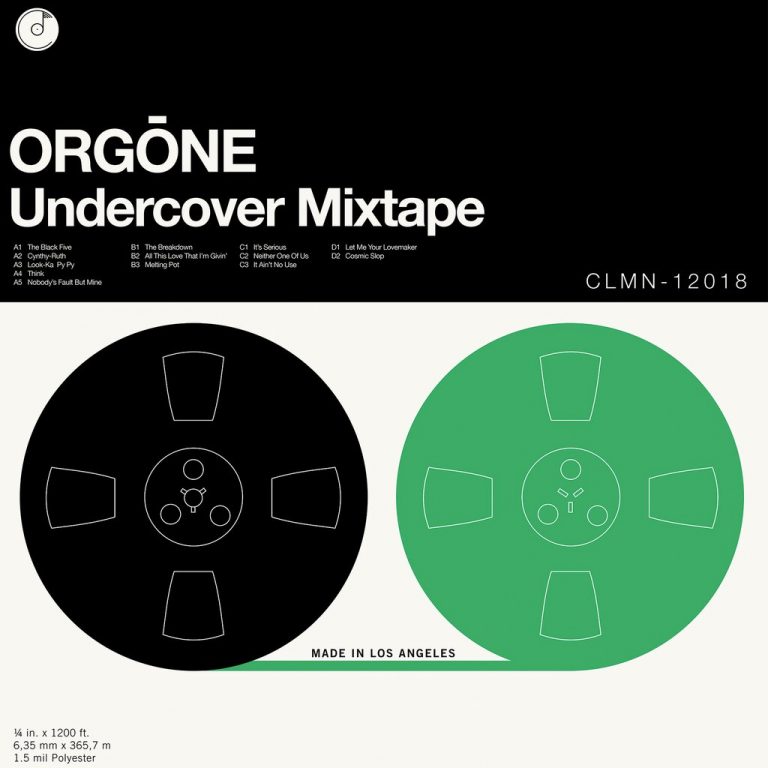 The attempt of bands pulling off cover versions from previous well known tunes performed by other bands can either be hit or miss.  Often times the sound recording doesn’t fit the era that the music was originally recorded in which comes off too clean while other times the band just isn’t as tight as the original.  But when the sun, the moon and stars are all aligned, the cover can be just as good as the original but in a totally different way.  The new “Undercover Mixtape” LP from Orgōne definitely fits the latter and takes on the task of covering 13 funk and soul classics and doing each of them justice. Otis Redding, Funkadelic, The Meters, Aretha Franklin, Betty Wright, and Booker T are just a few with standout cuts like “Melting Pot”, “Look-Ka Py Py” and “The Black Five”, this isn’t you average K-Tel mail order or as seen on TV LP, this is the real deal.  So if you’re looking for a little something to spice up your sets while playing gigs, this is definitely something that should be packed in your crates for the occasion.