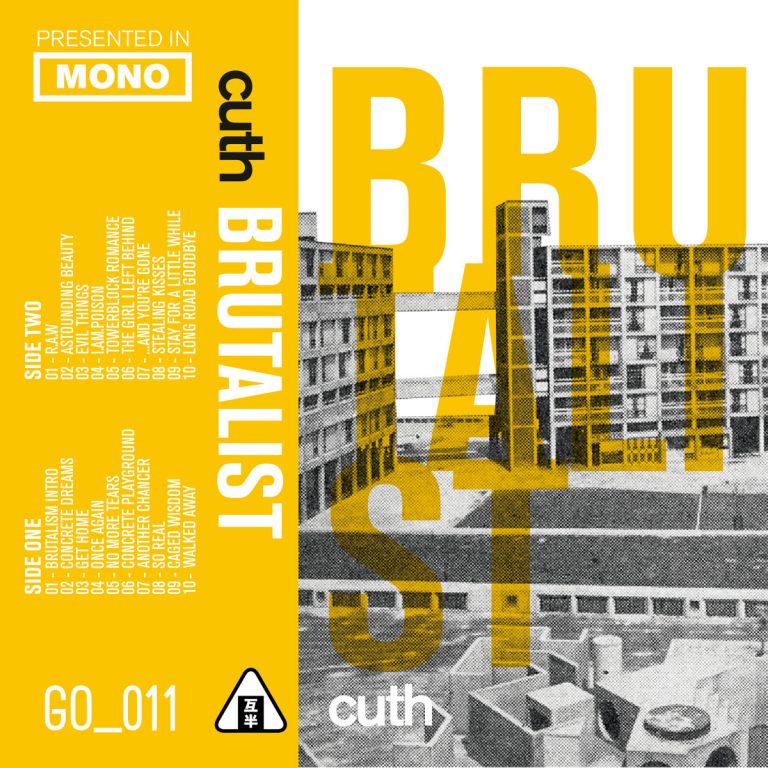 I always try my best to be hipped and in the know on things but let’s face it, there are so many music scenes out there that it’s hard to knowledgeable in every lane.  One of those lanes that sees to be wide spread is the producer based beat tape scene.  There are plenty of young, up and coming and even established producers that have released dozens of tapes to build their catalogs for fans. I was recently approached by a Brighton UK producer by the name of Cuth who recently released his first project, “Brutalist” via Gohan Tapes and sent me a copy and asked if it was something that I dug then hopefully I could review it on the Nostalgia King site.  It’s hard and time consuming to listen to and review every release that comes across my desk but it got me to thinking about the handful of times that I’ve reached out to a media outlet in hopes of an interview, press or feature and plenty of times never received a response while other times greeted with excitement.  So with the limited knowledge of already having on the scene, I dived in and gave it a listen and figured that this would be a great time to start being more in tuned to whats going on over on that side of the fence.

Created using budget samplers from the late 90s/ early 2000s and a stack of weird and wonderful, dust-riddled records to ensure the rawest sound, limited copies of Cuth’s debut , “Brutalist” beat tape is available via https://gohantapes.bandcamp.com.