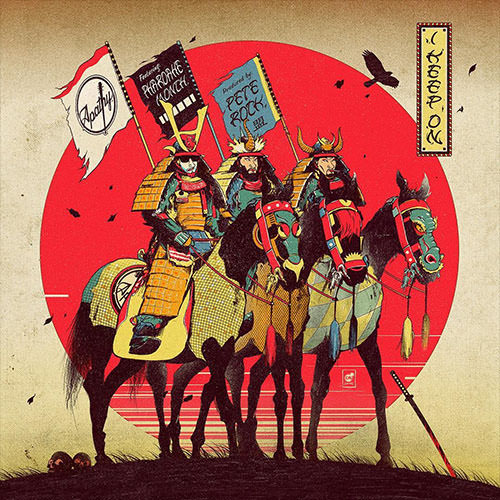 It’s a rarity these days that I get excited for any Hip Hop releases but this year alone theres been a pair released and from hearing that last two singles from Apathy’s upcoming LP, The Widow’s Son, it looks like we’ll have a 3-peat in heavy rotation.  A few weeks back, Apathy’s first single “Alien Weaponry” produced by Nottz made it’s debut and today we have the follow up single, “I keep On” featuring Pharoahe Monch produced by Pete Rock making the rounds.

Lyrically coming sharp and correct, Apathy has a good ear for choosing the right production and pulling off what seems to be lacking within the industry at the present moment, so if you’re in need of a Hip Hop fix, here’s the tools to get started with.