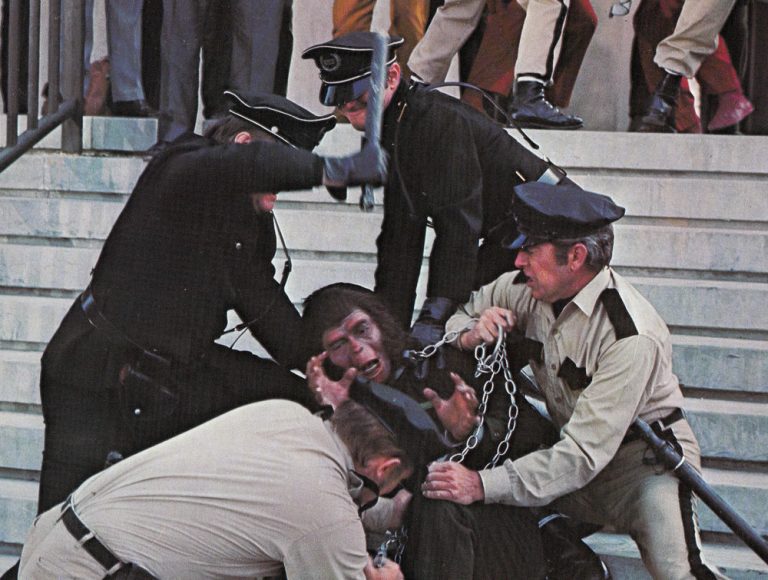 Conquest of The Planet of The Apes

As a kid in the 1970’s seeing the original Planet of The Apes series, I enjoyed them as a source of entertainment which captivated my imagination but it wasn’t until my later adult years that I started watching the series for it’s social comparisons that were happening both then and now.  If you look at the films and the times, you’ll notice almost identical issues with race, police brutality and the civil rights movement.  Although the first in the series will always be my favorite, Conquest of The Planet of the Apes is the one that hits home and sticks with me.  In short, Conquest is cinematically etched in broad with brash strokes slashing social satire. One segment that really stood out to me during an interview with producer Arthur P. Jacobs is where he said that people stood up cheering during the screening of the film during the scene where the apes rebelled and fought back to eventually take over which is something that you see with a lot of the protests and marching that has gone on as well as what ultimately needs to happen with our current presidential situation.

Enough of the chatter, do yourself a favor and watch the flick when you have spare time.