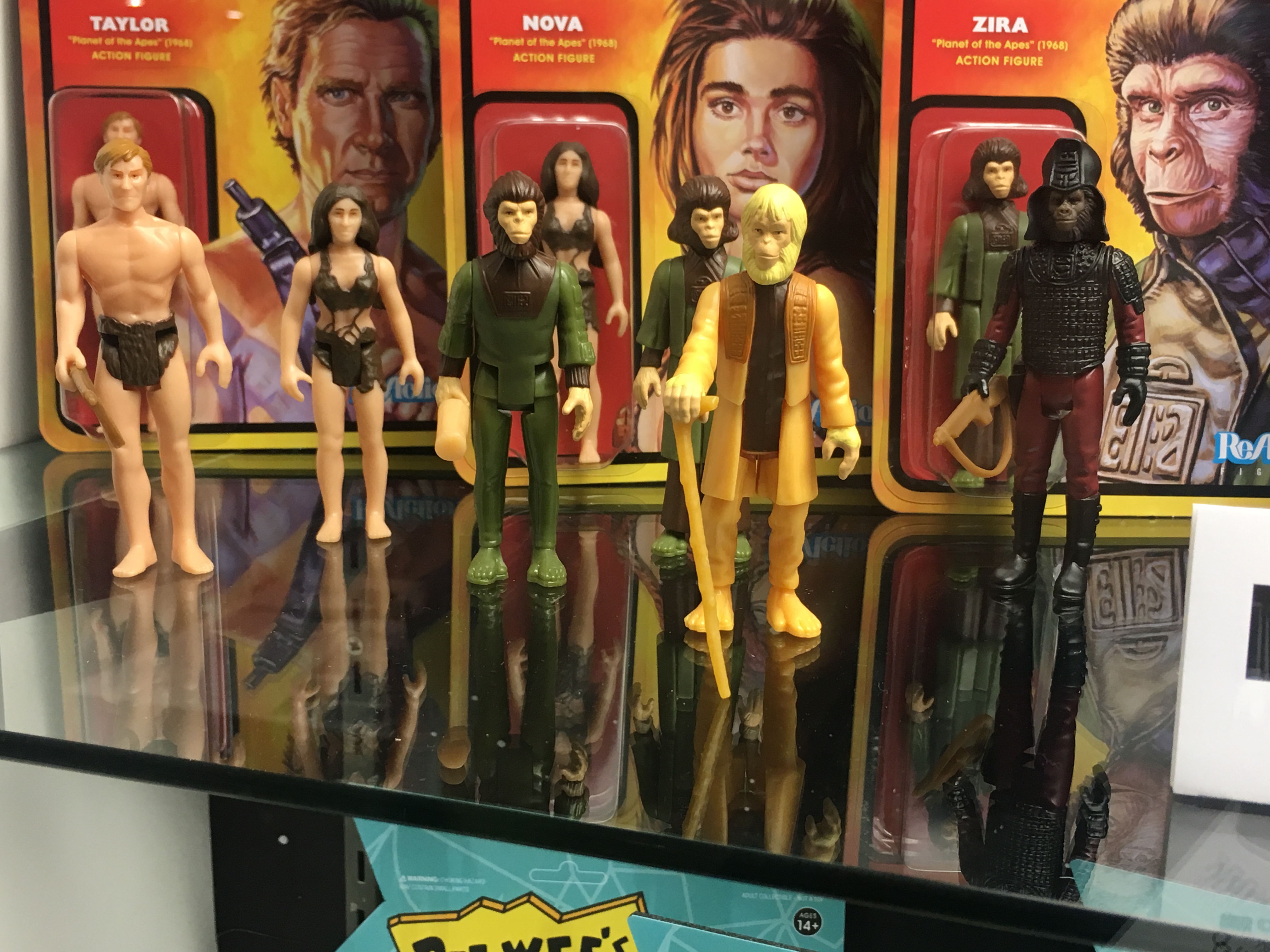 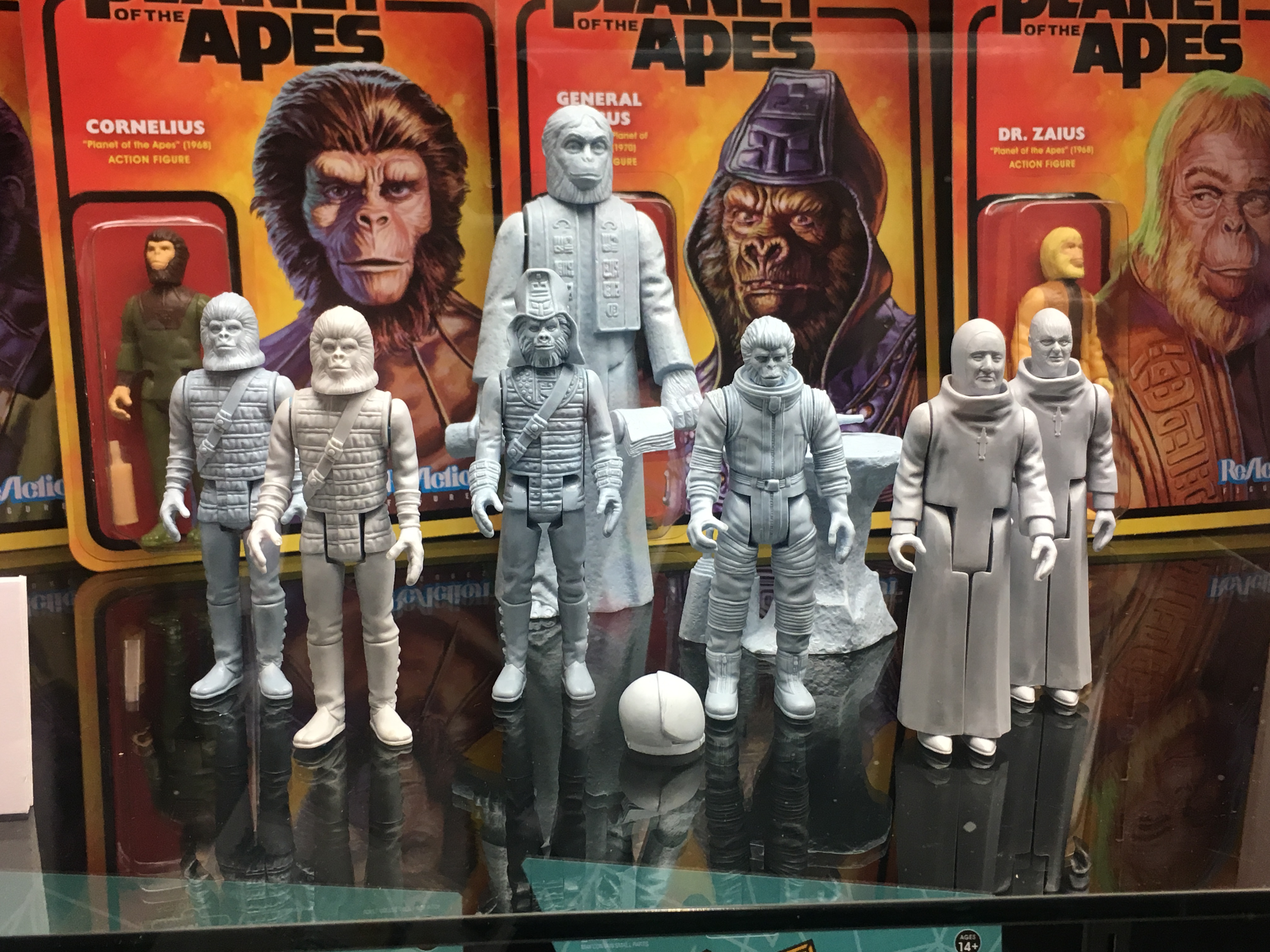 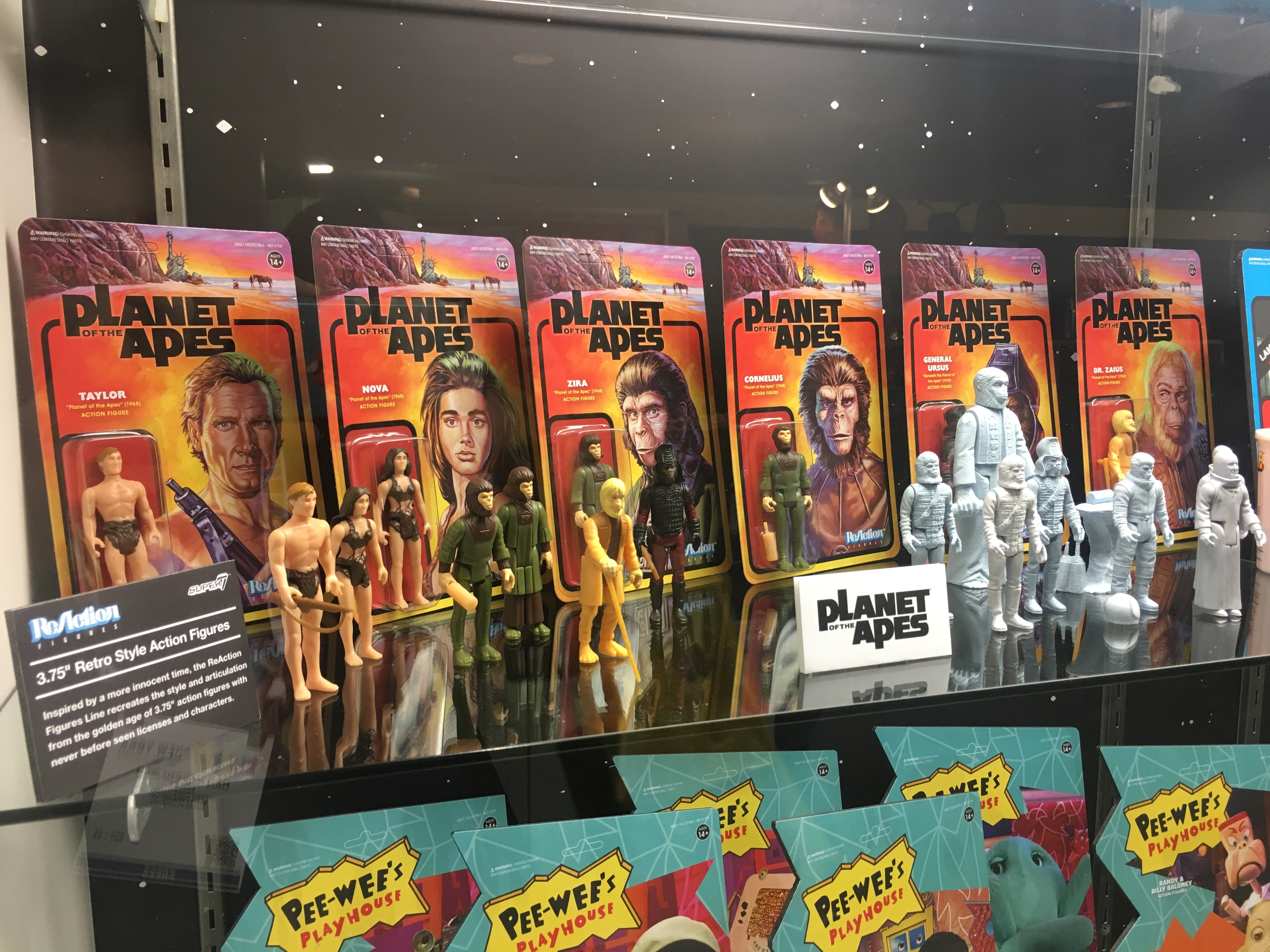 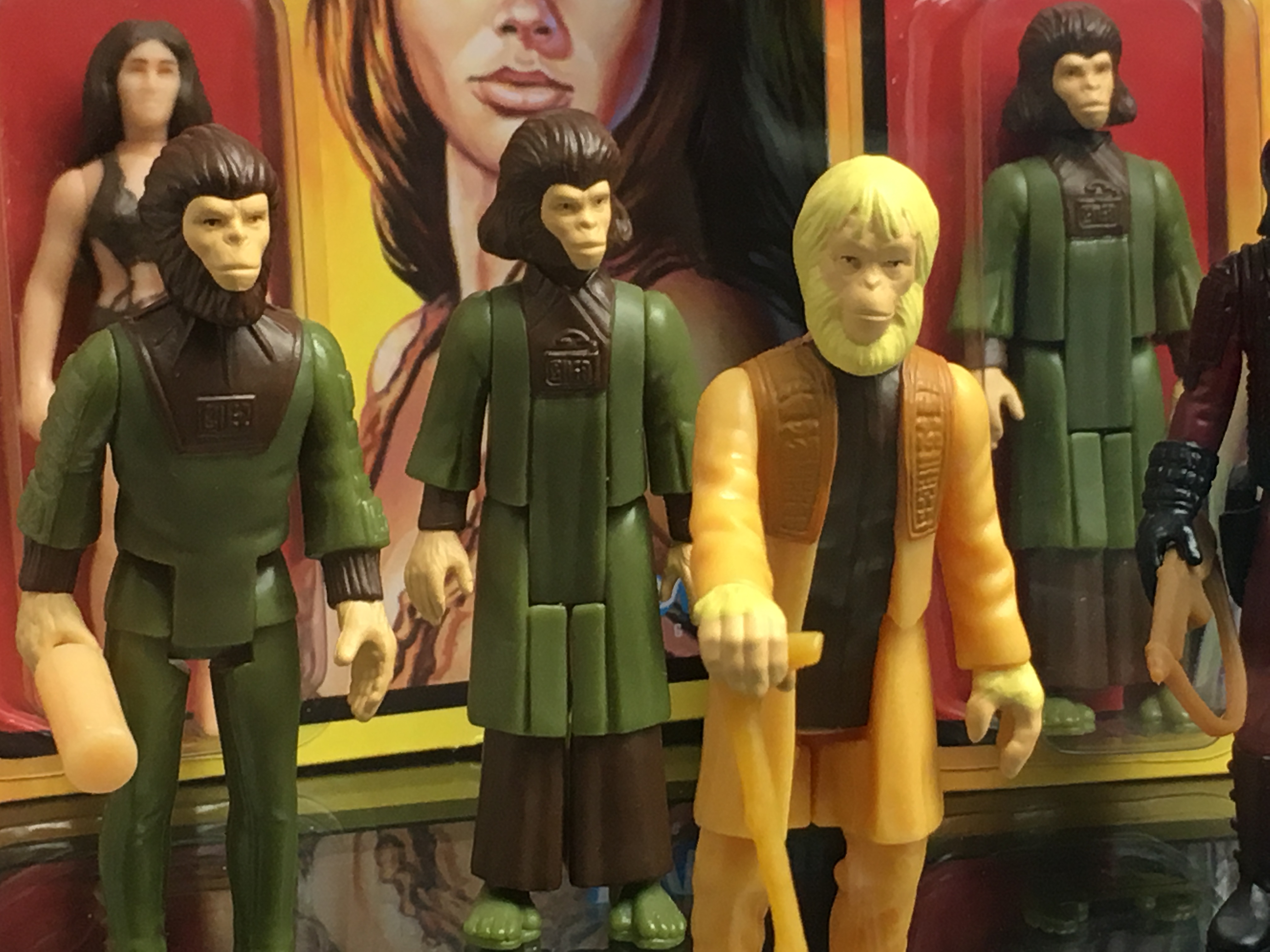 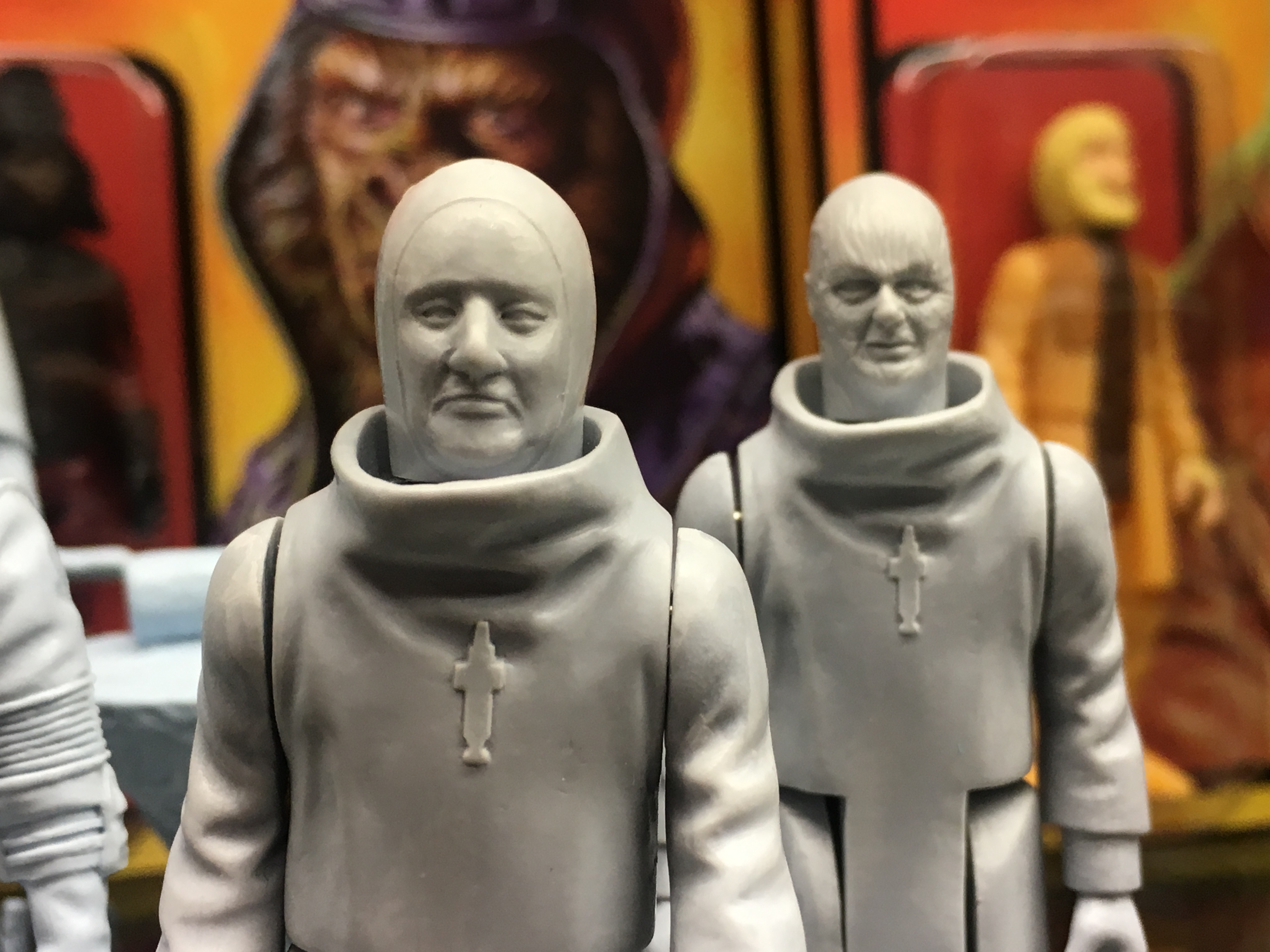 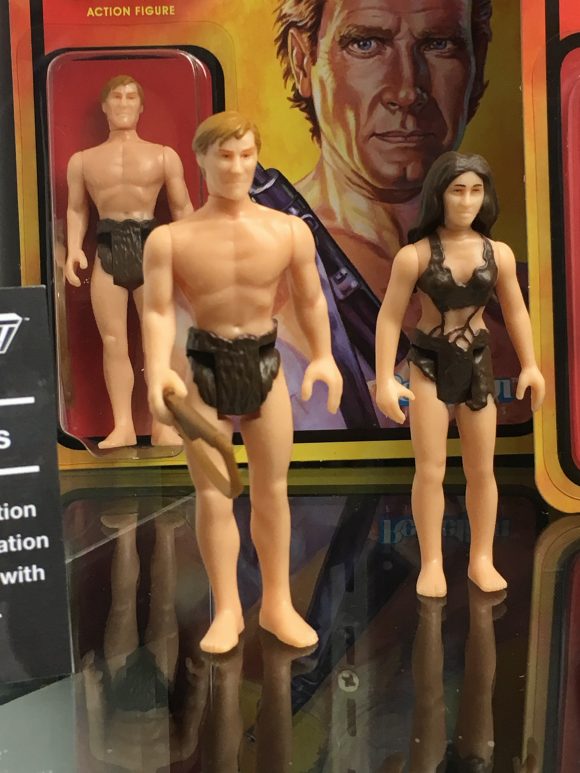 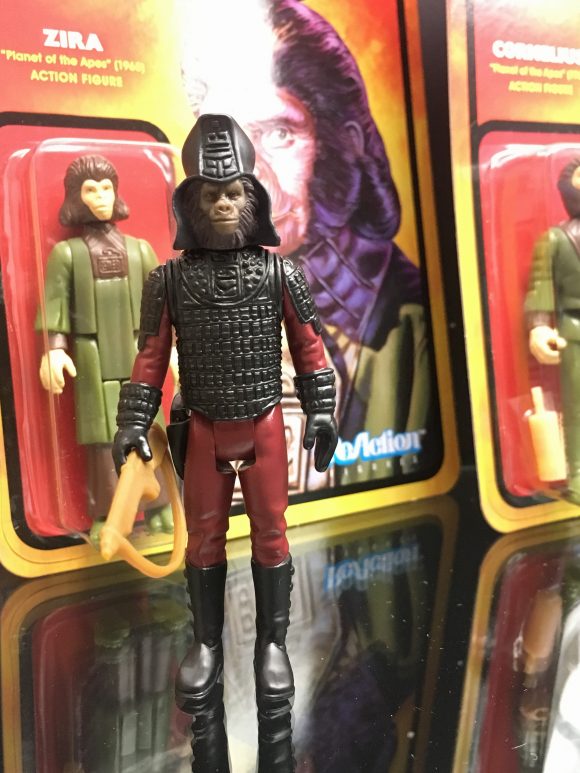 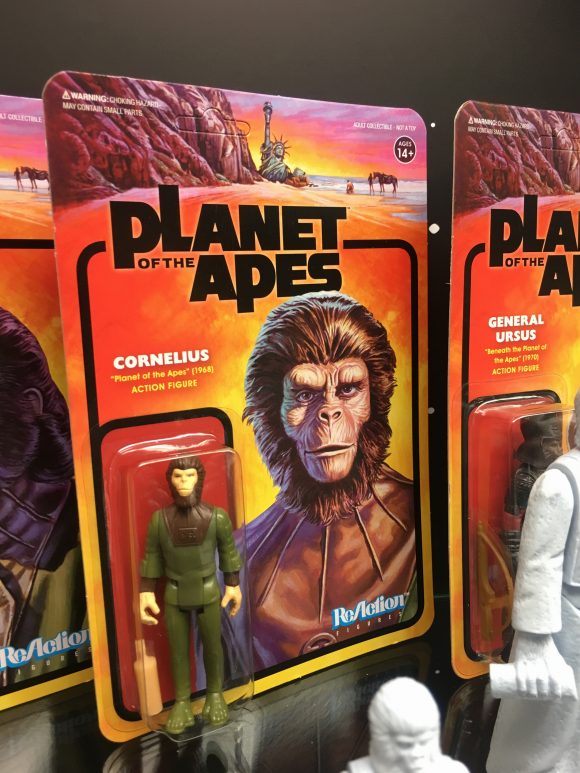 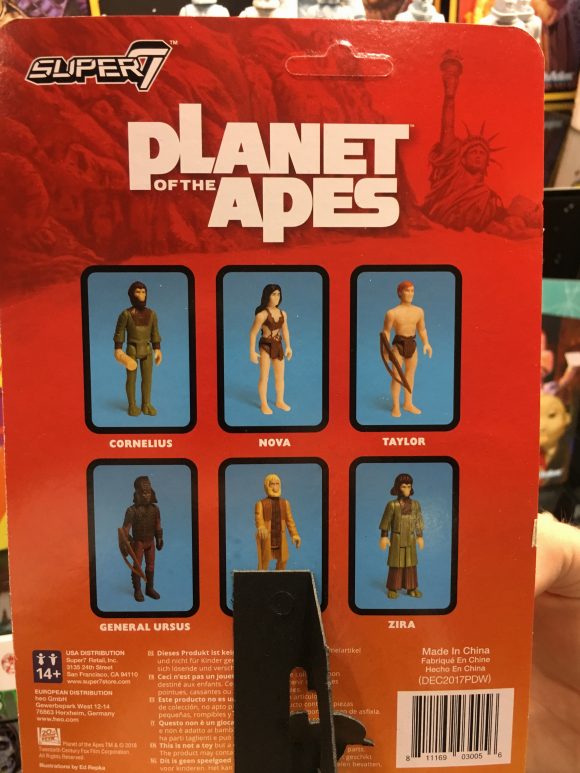 This past weekend, Toy Fair 2018 was held in New York with manufacturers of all types displaying new and up and coming products from their various lines.  One company that we always love checking out whats in the works is Super7 who has been going all in on their ReAction line of classic 3.75″ figures reminiscent of some of our favorite action figures from the 1980’s.  This year the highlight for us was the debut of the soon to be released Planet of The Apes line with the first series dropping in April and includes Taylor, Nova, Cornelius, Zira, Zaius and Ursus and will be priced at $15 each.

From the looks of things, they are already thinking about the second wave of figures as seen from the unpainted prototypes which shows soldier apes, Urko (from the TV series), astronaut Cornelius and the Lawgiver statue.