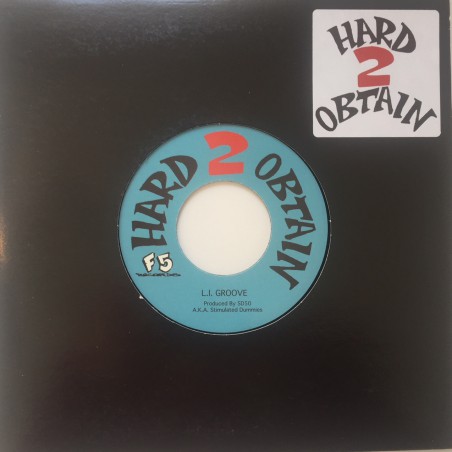 Independent label F5 Records gets ready to lace all you nostalgic for the 90’s types with their upcoming 45 featuring a double sider from Hard 2 Obtain. A rather under the radar for the most party crew hailing from Long Island New York, Hard 2 Obtain released one album in 1994, Ism & Blues which featured one of my favorite underground singles during that time, “Ghetto Diamond”.  The new 45 features the second single from the album, “L.I. Groove” b/w “Lil Sumthin” which features special guest from New Jeruz, the Artifacts, both first time on 7″.

Available for pre-order at http://f5records.com/music/hard-2-obtain-l-i-groove-7/