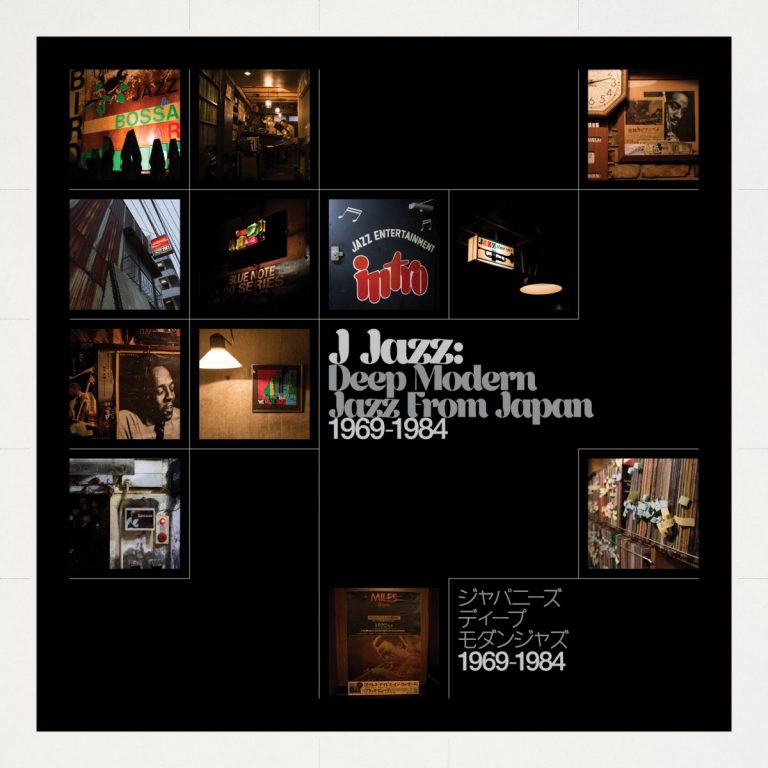 There’s not denying that some of the world finest jazz comes from Japan and there’s definitely a strong love and appreciation for the genre.  Having been to several nights both live performances as well as DJ nights, I can assure you that it’s unlike any other experience that I’ve had before and if you’re a vinyl collector, nothing beats the sound of Japanese recordings pressed on vinyl.  Recently releasing their J-Jazz Deep Modern Jazz from Japan 1969-1984 compilation, BBE has put together a beautiful 3LP set with some of the most amazing tunes to fill your listening space with sensation sound vibrations.  The first pressing sold out rather quick and a second pressing is in the works so if you’re a jazz lover, then  you need this in your life!

“In the years following World War Two, Japan developed one of the most insatiable, dynamic and diverse markets for jazz. For a crucial period of little over a decade – from the late 1960s to the early 1980s – Japanese jazz culture progressed at an astonishing rate, producing an extraordinary array of artists, recordings and record labels that created some of the most forward thinking and impressive jazz to be committed to tape. This amazing journey is explored on ‘J Jazz’.  This compilation from BBE uncovers some of the most sought after and rare material from this period and pulls together key artists who shaped the post-war modern jazz scene in Japan.

‘J Jazz’ includes obscure and sought after rarities like the bass-driven power jazz of Koichi Matsukaze’s ‘Earth Mother’, the holy grail rarity of Aizawa Tohru Quartet’s ‘Dead Letter’ and the loping majesty of Takeo Moriyama’s ‘North Wind’. This collection takes the listener into deep spiritual jazz, post-modal impressionism and fierce dance-floor fusion with material from artists and composers whose names are generally only known to committed collectors of Japanese jazz. Fumio Karashima, Mitsuaki Katayama, Takeo Moriyama and Kiyoshi Sugimoto are among the names featured on an album aiming to shed a little light on the shadowy world of Japanese jazz clubs, tucked away in the neon backstreets. This music demands a wider audience and BBE are excited to deliver a landmark compilation, lifting the veil on this wonderful and mysterious area of the global jazz catalogue.

None of the tracks featured on ‘J Jazz’ have ever received an official release outside Japan before. The albums the tracks are taken from are extremely hard to find and often fetch huge sums on the collector’s circuit. Originally pressed in small numbers on independent and private labels such as Union, Johnny’s Disk, Whynot, ALM and VAP, these tracks are now available for everyone to enjoy.

Compiled by Tony Higgins and Mike Peden, both long-time collectors of Japanese jazz, ’J Jazz’ brings together the very best in modern jazz from Japan, recorded during a critical period of musical and cultural transition that saw composers and musicians not only assert a new artistic identity but also create a lasting musical legacy.