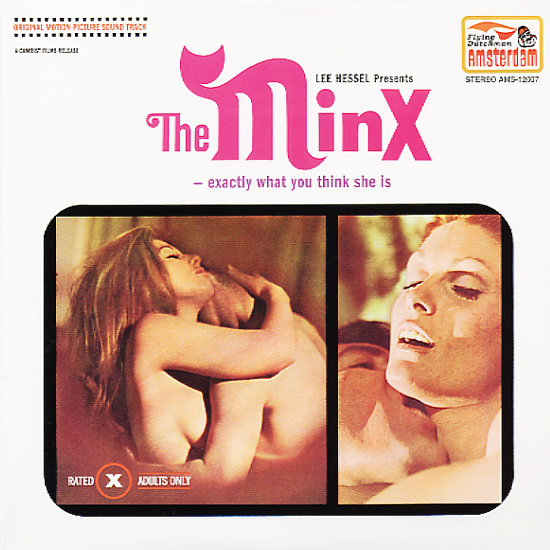 What came first, the chicken or the egg? But in this case, the soundtrack or the film is more of the question but regardless of your answer, today we’re covering both with the 1969 sexploitation film, The Minx with accompanying soundtrack performed by Cyrkle.  As someone who has always been a film head yet a producer and music lover, most times I’ve been introduced to the films much earlier than the soundtracks which came later versus many sampling producers and record collectors that I’ve conversed with over the years who were introduced via the soundtrack, yet have never seen the films.  A rather easy catch for an original copy of the soundtrack but I thought since it has been recently reissued along with a DVD of the film, why not kill two birds with one stone.

Recorded by Cyrkle and a favorite amongst producers, sample heads, and those making sample tapes during the 90’s era, this psychedelic rock LP was a favorite amongst those searching for drums which this album contained the often sampled track “Nicole”.  Raw and open and ready to be chopped up but a great listen all the way through.

If you love prostitutes as much as 42nd street in Times Square then your in for a ride. Ruthless, power-hungry Henry Baxter, president of Lawson Industries, makes plans for the corporate takeover of Benjamin Thayer’s company, Eastern Devices, by covertly purchasing its stock through a Swiss bank. In order to remove Thayer as chairman of the board of Eastern Devices, Baxter must obtain the support of two board members to vote their proxies with his. Baxter arranges a weekend party at his hunting lodge for the two reluctant board members, and Baxter’s brother-in-law, John Lawson, is told to provide women (prostitutes) for the party. Unknown to Baxter, Lawson is secretly in league with Benjamin Thayer, and the women provided for the party–Terry, Nicole, and Susan–are experts in corporate spying and blackmail. Baxter needs the signature of his wife Louise, an older woman he married to gain control of Lawson Industries, on some essential documents; he persuades her to sign by making love to her. He then demands a divorce. She refuses and hires private detective Sam Burke to gather evidence that would make the separation impossible. Baxter discovers that the three party girls have been taperecording and photographing the compromising sexual activities of the weekend, and he pursues Terry with a shotgun. Burke and Lawson give chase, and Burke kills Baxter in self-defense. Lawson takes the signed documents from Baxter’s body, and on the following Monday morning, sitting at Baxter’s desk, he tells Thayer that Lawson Industries will proceed with the takeover of Eastern Devices.