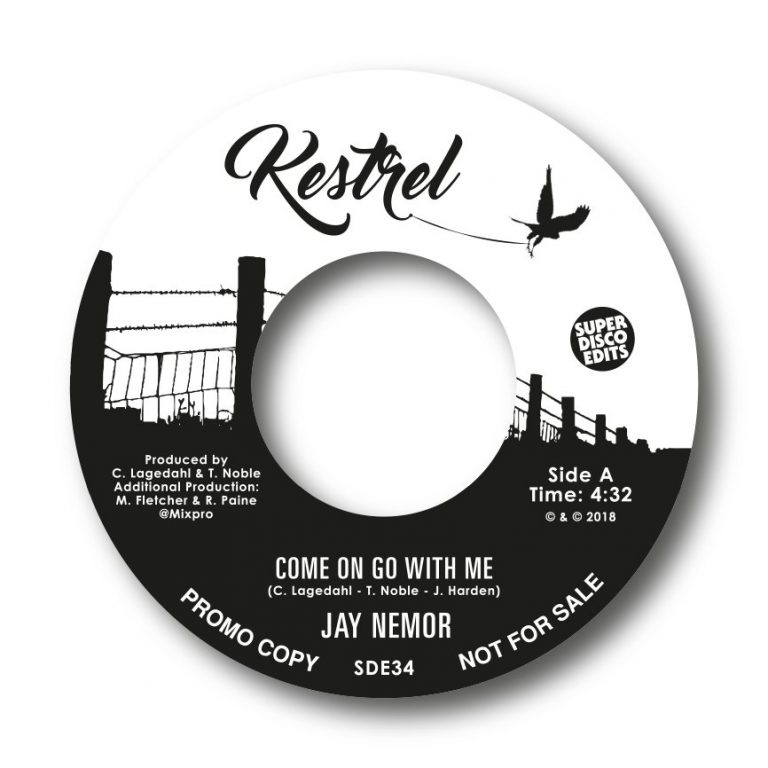 Jay Nemor – Come On Go With Me

Who needs Record Store Day when your favorite labels are releasing great tunes all year long without the need the milk previously available releases easily found in second hand record bins or rehashed versions pressed on fancy picture discs most like not recorded from the original source?

Setting up to hit the beans in the very near future is the latest from the Super Disco Edits label with another never heard before, need to add to the crates 7″ that was brought to life with plenty of love.  Moving away from their usual unissued releases, DJ Rude Lead played Super Disco Edits DJ Sigher a demo that he and Tom Noble from Superior Elevation cooked up whist Tom was in Denmark DJ’ing. They approached the in demand vocals of Jay Nemor from the states who layed over some killer sultry lyrics and tones. The song was only in demo form, so Super Disco Edits in house engineer Matt Fletcher and Owner Russell Paine gave the song the boost and heaviness it desired! The result are pleasing to the ear and a cut thats super loud and sounds awesome over a big system.

Hearing the story behind the music is sometimes just as good as the music itself. Head over to http://superdiscoedits.bigcartel.com to grab a copy.