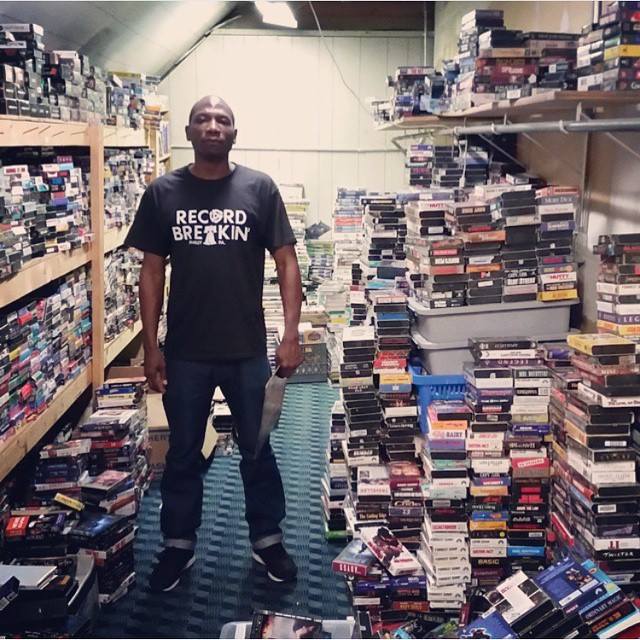 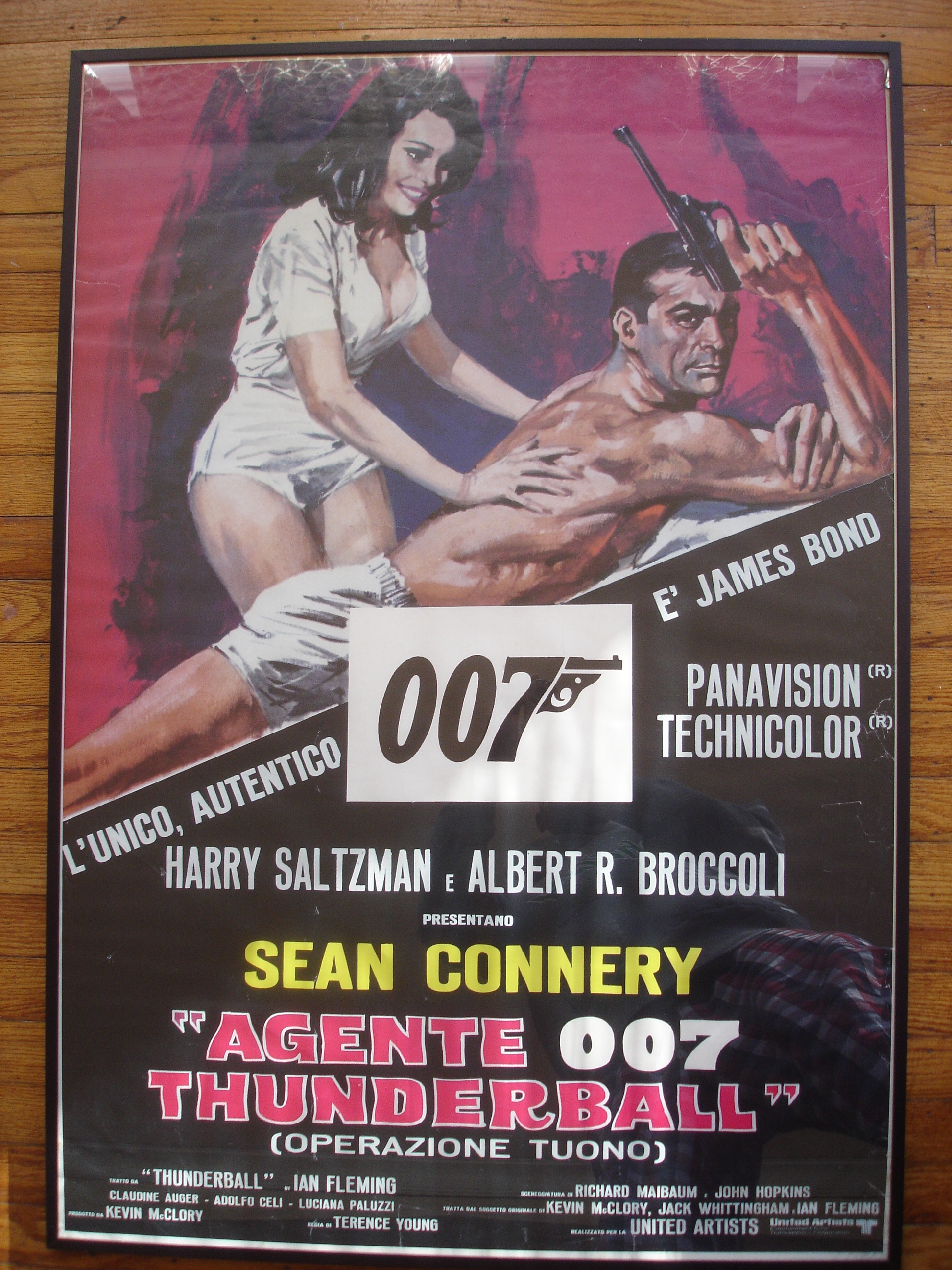 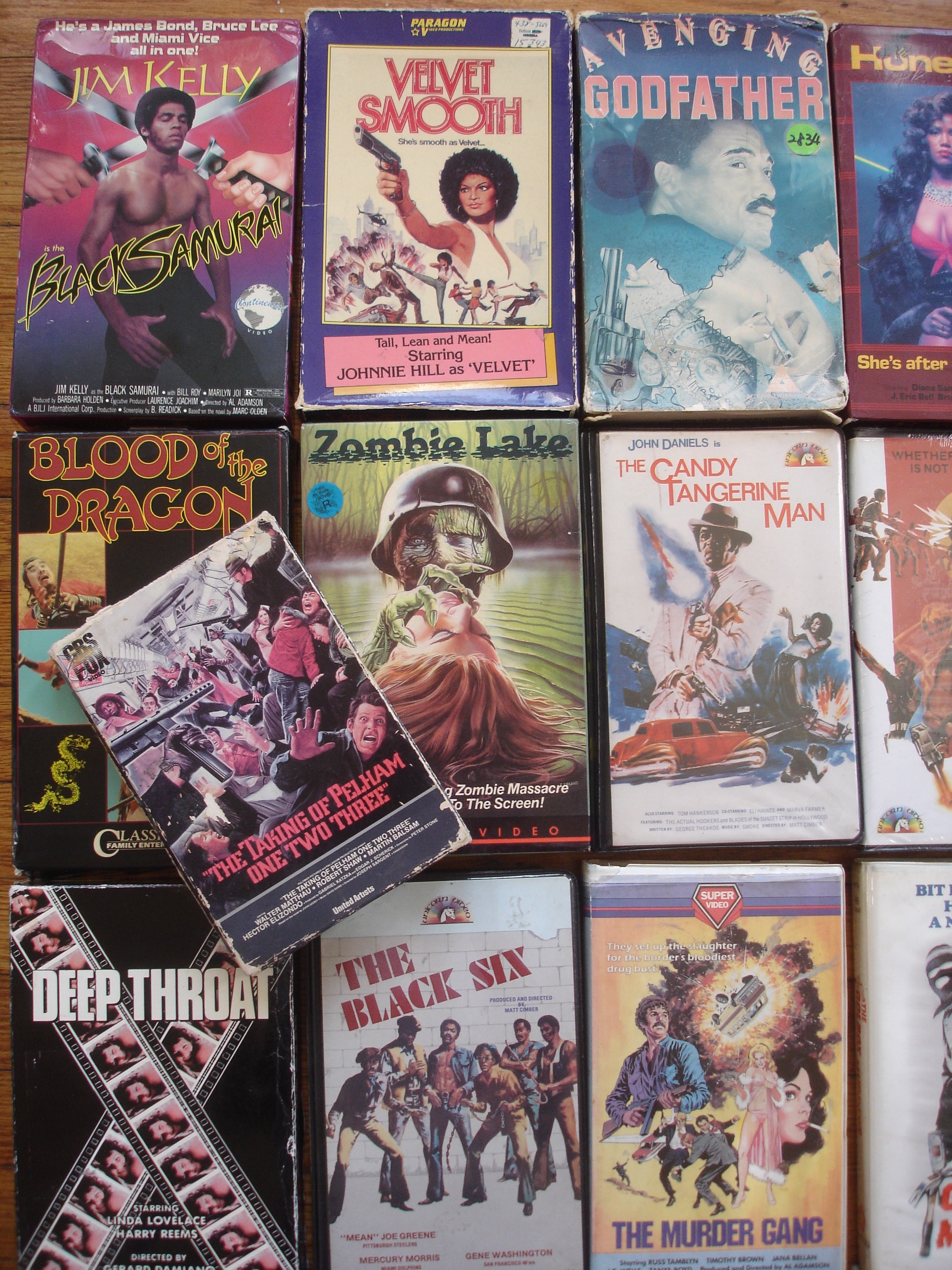 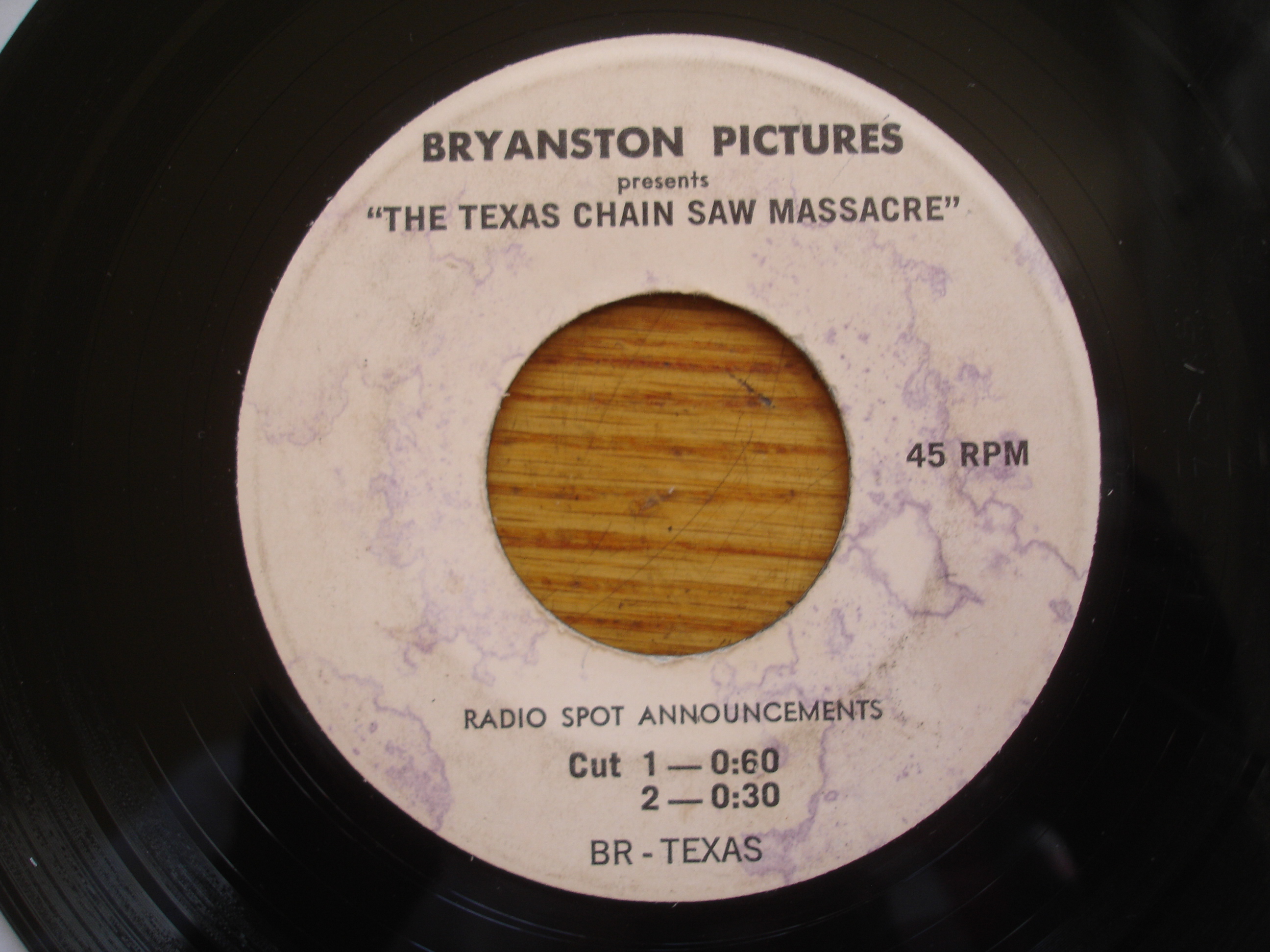 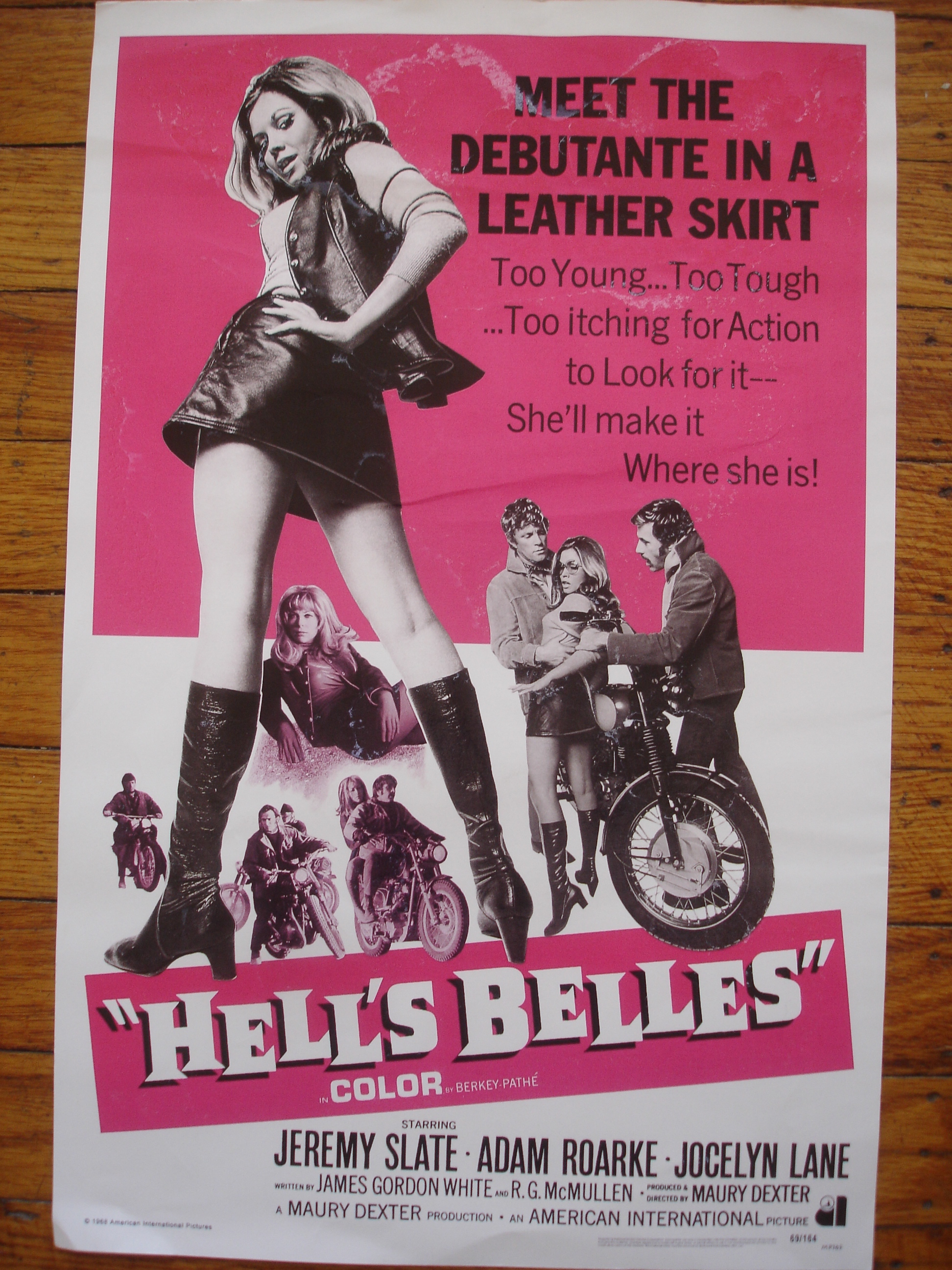 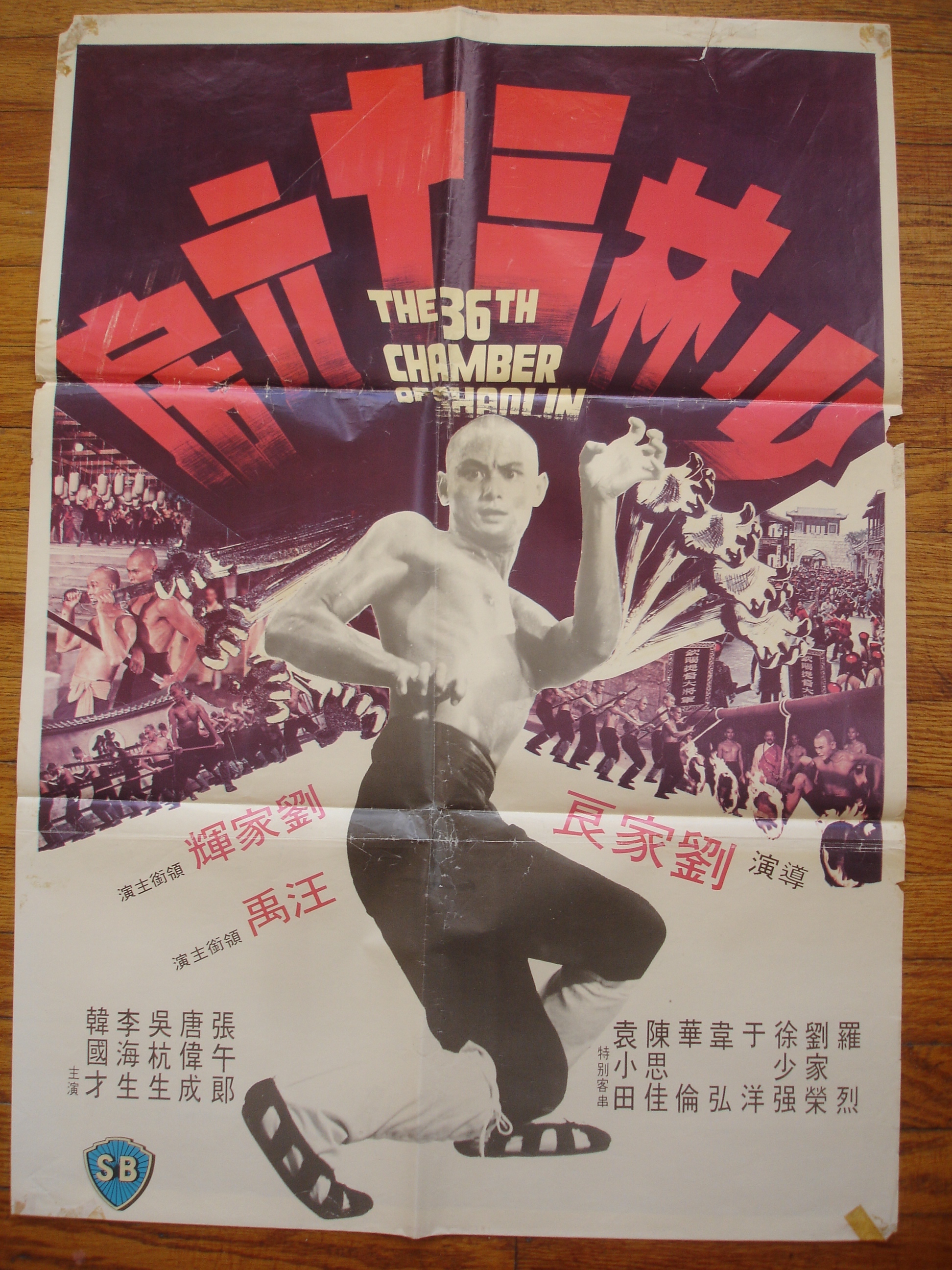 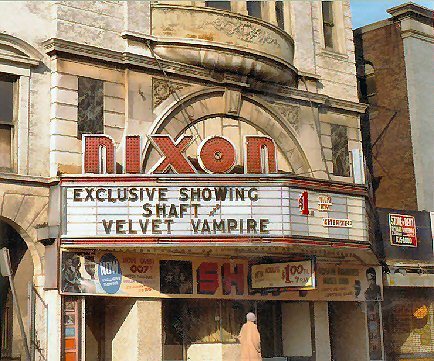 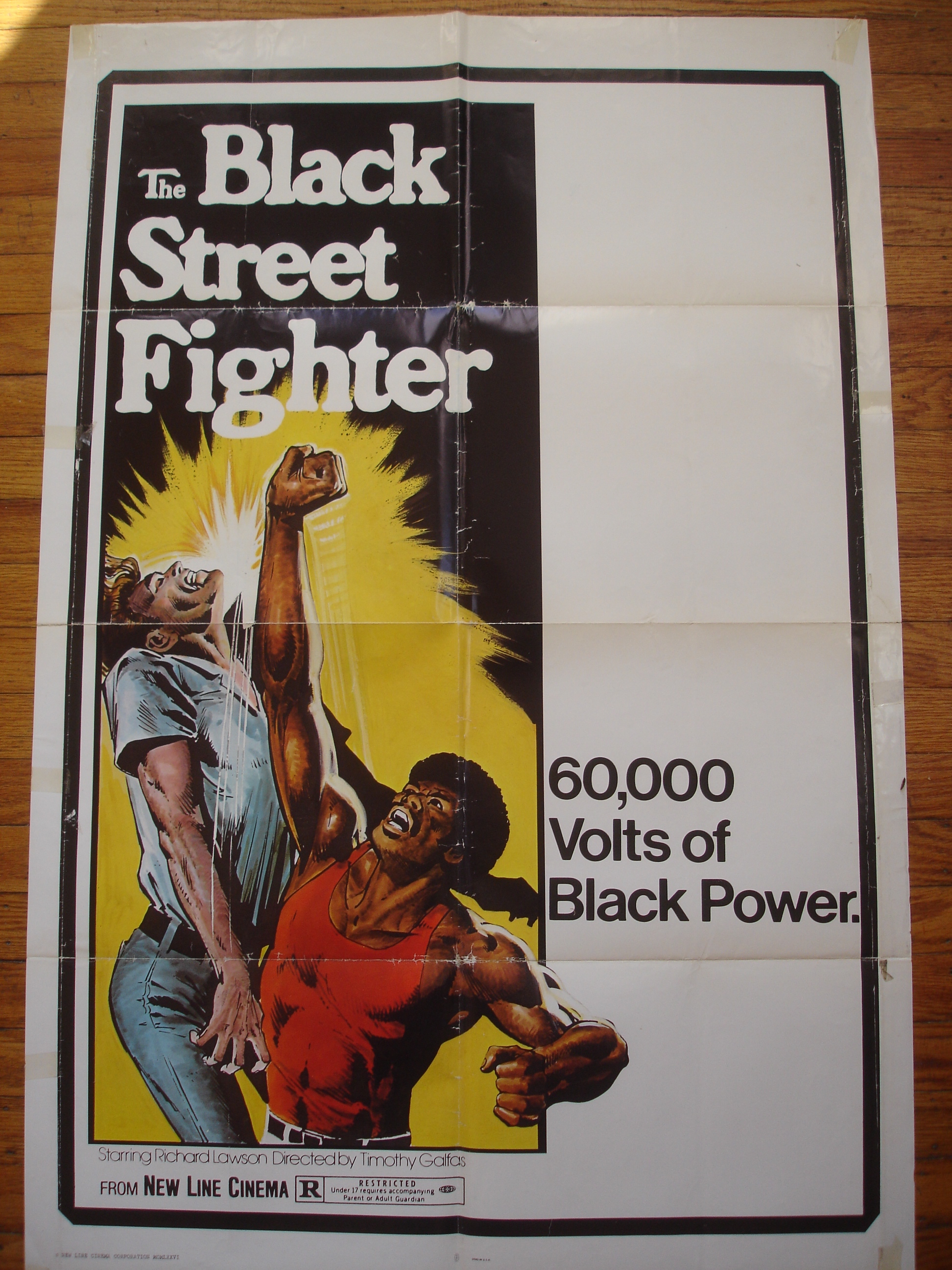 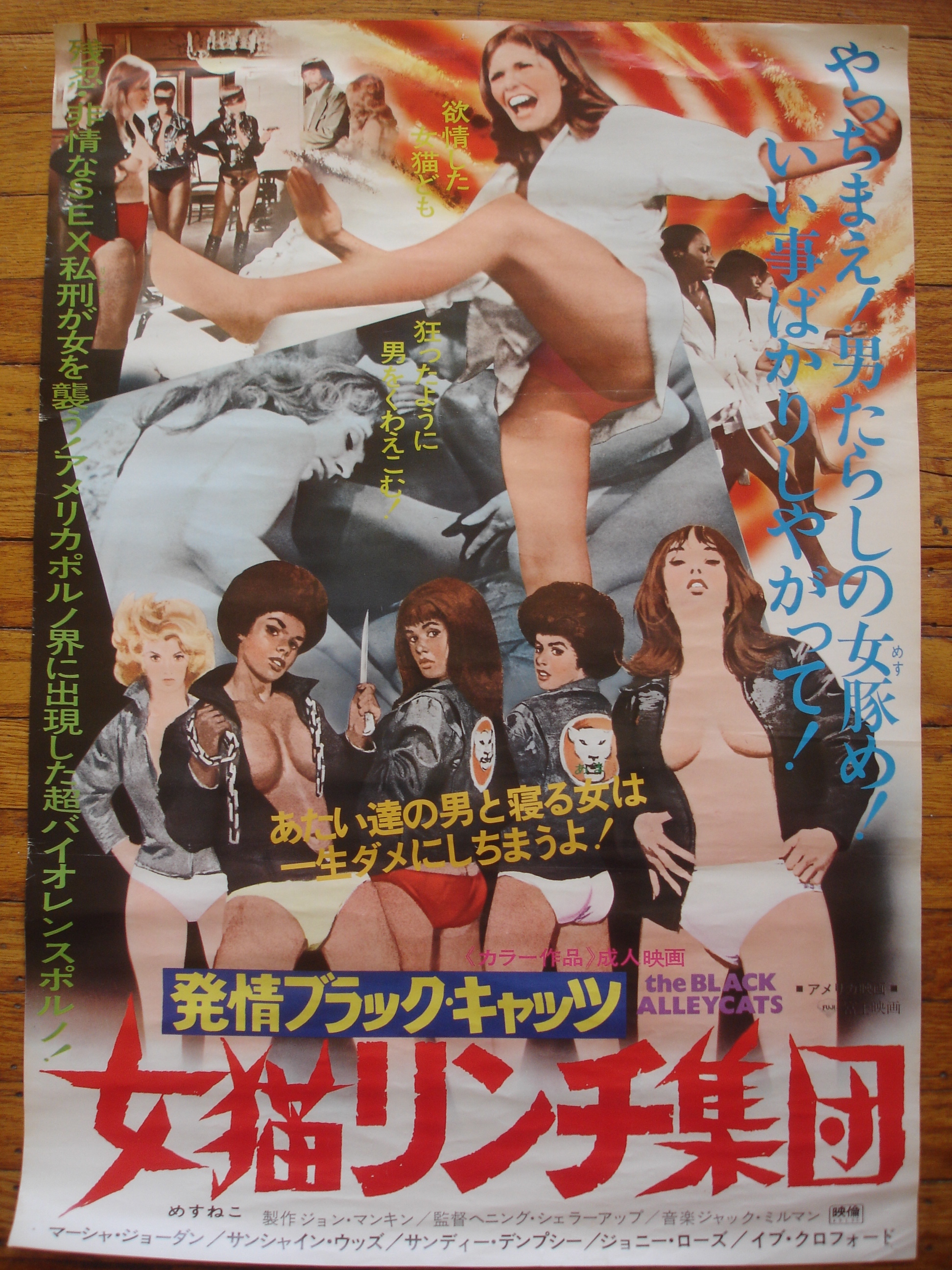 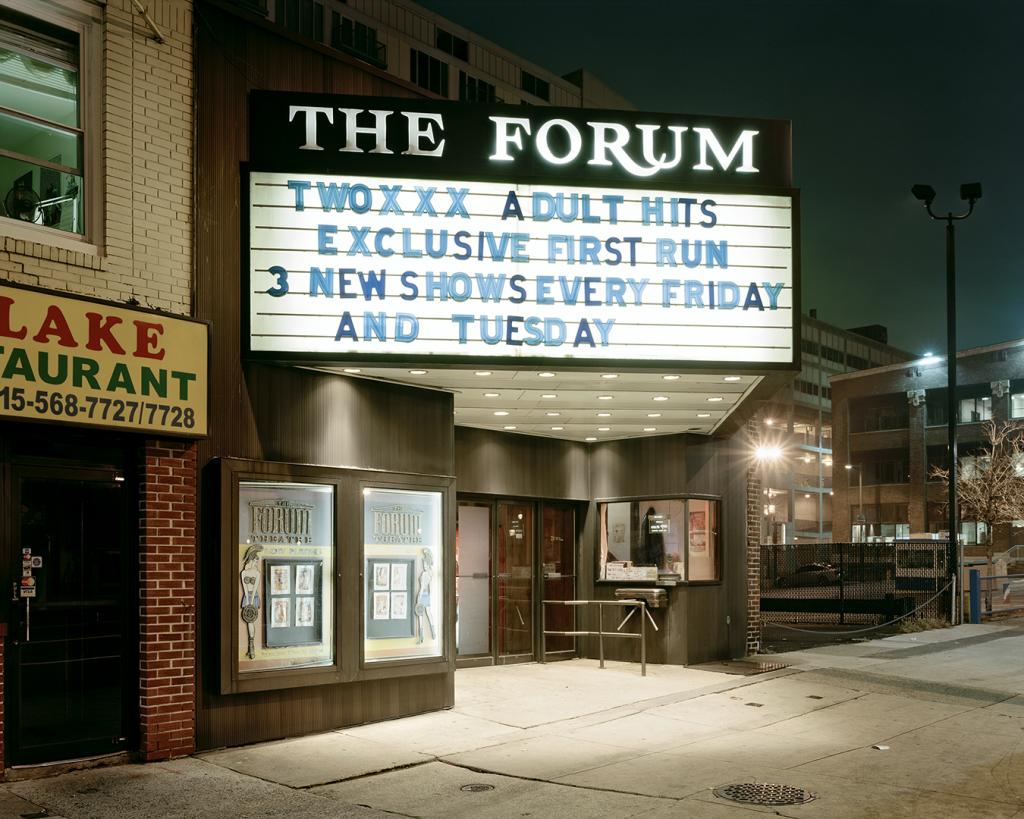 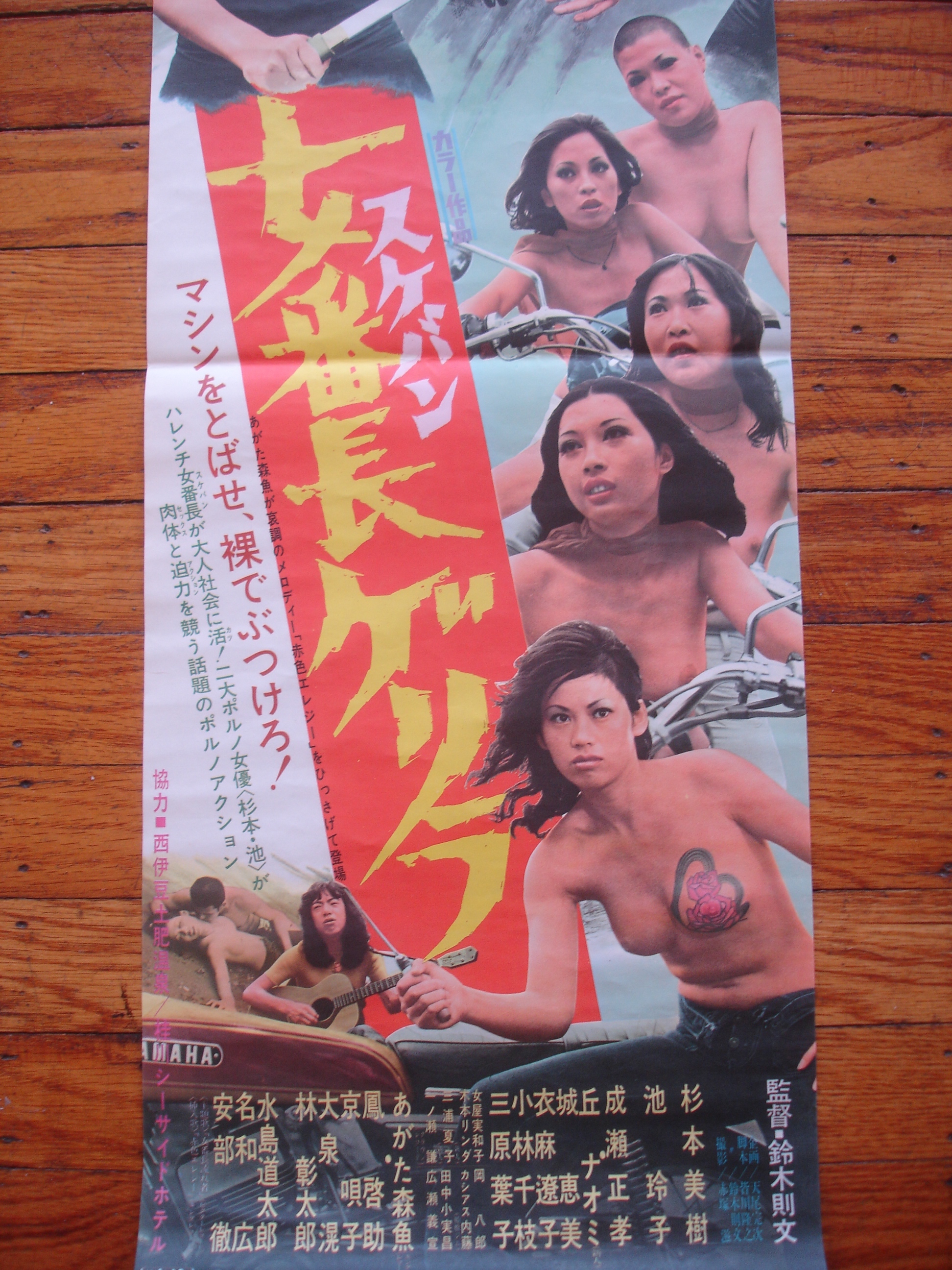 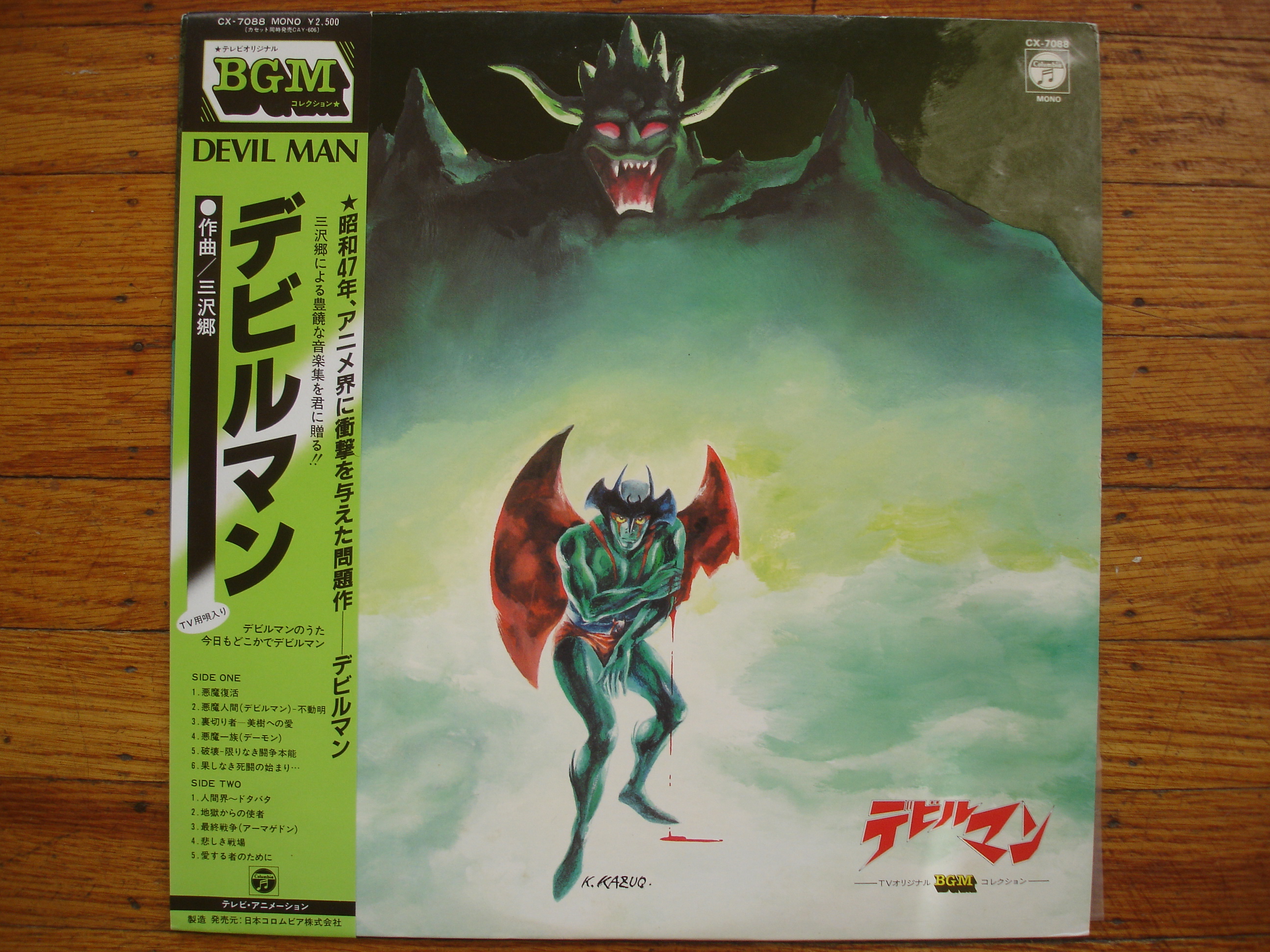 From time to time I rediscover a past interview that I really dug either because the interviewer actually did his / her homework or it was for a specific publication or site that had a focus on a particular topic. Back in 2014 I was interviewed for Australia’s Optic Intake magazine which focused on film and collectors.  The short lived magazine was a self published labor of love by the creator who did his best to fill it with quality content to make each issue a collectors item. Unfortunately before going to print, the magazine folded and my interview never ran but no worries, there’s always room for a good nostalgic story and what better place to feature it than here at Nostalgia King. What follows is an in-depth interview on my love of TV and film, collecting soundtracks and memorabilia and even a little history on Philadelphia and it’s theaters.

What was your earliest film experience that you recall as a youngster? TV, video, cinema?

My viewing experience actually started at a very young age in the mid 1970’s and was a direct influence from my uncle who was really into TV and movies during that time the same way I am today.  I would stay up late nights with him watching shows like Night Gallery, Twilight Zone, Outer Limits and any cop / detective shows plus Spaghetti Westerns, World War II movies, mysteries and horror films, especially Hammer Horror. Those films had a big impact on me growing up and I still remember watching them like it was yesterday. In addition to those genres of movies and shows, I would watch the movie of the week that showed Made For TV Movies that were very popular during that time. Saturday afternoons were also important for watching films on television as well. There was a show called Horror Theater with a host that went by the name of Dr. Shock, he would do these skits but would show different horror and Godzilla films. As for the cinema, the earliest movies that I vividly remember going to see was Jaws, which was actually the last movie that I went to see at a drive in theater, Star Wars and every other popcorn movie being released during that time. And of course Kung Fu flicks have always been a big part of my life, everything from Bruce Lee flicks to Shaw Brothers films.  In the late 70s / Early 80’s we got cable TV in our home, WHT was the first followed by PRISM, both showed popular Hollywood films during the day, a few Kung Fu films and Porn at night. Then around 1983 we got our first VCR with a video rental membership that took things to the next level, not only with rentals but also being able to record movies and TV shows that were airing on TV as well as dubbing movies via dual decks.

Did you frequent any local cinemas. Did Philly have anything like 42nd St and did you ever get to NYC when Times Square and 42nd St was at its cinematic peak.

Philly is pretty close to New York and had a similar vibe during that time period. I started visiting there frequently around 1989 and of course Times Square was the first thing you wanted to experience, the grittiness was very intriguing to me and I felt right at home. A couple of years after that I made frequent trips to buy bootleg Kung Fu flicks on VHS from places like 43rd Chamber which was the store and hangout for many Kung Fu film fans who wanted to get their fix. Although I didn’t experience the late 70’s, early 80’s 42nd Street, I definitely caught the best of it’s final years while it was still very seedy and before it’s eventual clean up.

Did your video stores carry the films you liked and were you of an age where you had to sneak titles home or watch them at a friend’s house. Any memories of these VHS days.

Yes, there were few video stores close to my home in the early days of rentals that all had great selections. I think like with most people it was a lot of trial and error going on with what you rented. Besides the popular films you had tons of obscure flicks that you never heard of so you would base your opinions off of what the imagery on the clamshells or big boxes that were on display. But from what I recall, they had most of what I was looking for. Everything from The French Connection to Filmation cartoons that I loved watching in the 70’s on TV. I pretty much had free reign over what I rented, the only thing that was off limits was of course Porn so I never had to sneak titles home. We would get a catalog in the mail from the rental store with what they had or was coming soon and I would check them off so on Friday night when it was time to rent I would either go with my parents or just show them what movie I wanted. They would rent one family, a movie they wanted to watch and then I would get something I wanted. In the early 90’s I would go to Suncoast Video to buy movies and blank VHS tapes and also to Movies Unlimited where I would rent everything to take home and copy, I probably did this three times a week. I think I rented movies or purchased them until the very end when it died out even though I had cable during that time. There was also a spot called Video Boutique which was owned by this older black guy who had an incredible selection of Kung Fu, Porn, Blaxploitation and of course the latest films.  I would hit there every other week and pick out about 5 flicks and he would, pay him and he would dub copies that I would pick up the following week. Thats how I built a bulk of my collection of harder to find flicks of all genres.

What film genres do you most appreciate and gravitate towards? Favourite films?
And what would you always be on the lookout for. You collect posters, soundtracks and VHS. How extensive is your collection and are you still buying as much, as we all only have enough space for storage.

I love good movies across the board in general but I never tire of classic Kung Fu, World War II films (ie: Where Eagles Dare), Japanese Pinky Violence and Kaiju, 60’s & 70’s Spy, Giallo, and of course Hammer Horror films and those in that lane. Basically Exploitation / Sexploitation films or anything in that vein is what I can watch any day of the week. I haven’t been a big budget Hollywood film type of guy in years, probably since the 1990’s although there are a few of the Marvel movies that I dig but for the most part I stick with classics that I’ve seen a bunch or have recently gotten hipped to from other movie buffs.

I have a ton of films that I love, weather all time favorites or just goto pop a tape in flicks, but to name a few I would have to say Where Eagles Dare, The Taking of Pelham 123, Star Wars, Enter The Dragon, Stray Cat Rock, Lady Snowblood, The Chinese Boxer, Casablanca, Your Vice Is A Locked Room and Only I Have The Key, Ilsa She-wolf of The SS, Diabolik, From Russia With Love, I Spit On Your Grave. So many films that I can sit back and enjoy at any time.

As far as my collection is concerned, yes I have a modest (yet most people would say that I have an extremely large) collection of posters, soundtracks and VHS. I say modest because there’s still so much out there to track down. My poster collection consists of close to 500 vintage Kung Fu, Blaxploitation, Sexploitation, Exploitation and a few horror pieces. I really love the art work on them especially the foreign posters, the US 1 sheets are nostalgic for me because those are the ones I saw hanging in the theaters when I was young. I would really love to have everything framed and rotated on my walls every few months but that would be very costly. My VHS collection sits at around 3000 pieces, many of which are original recordings from television with original commercials. TV shows, cartoons, Made For TV Movies and other stuff that have never made it’s way to DVD. Then I have my original Big Box and Clamshell VHS’s, I love those not only for the content but also for the box artwork. My soundtrack collection definitely is the infant of my collecting habits since usually that’s the most expensive especially if you want the rare and hard to get gems. You have to be selective when your money is spread between other collecting habits but in the next few years I think I’ll play catch up though.

The Richards part of your name is actually a nod to the leader of the Fantastic Four. So I gather you were also a big comic book fan as well. And I guess Stretch Armstrong was already taken, so why Mr Fantastic over Plasticman? And I know you have a Stretch Armstrong doll, but do you have his nemesis Stretch Monster?

Yes, I used to be heavy into comic books especially as a kid. The first comic that I remember buying with my own money was the DC Comics Superman vs. Muhammad Ali (1978) book. I stopped buying comics in the late 90’s then started again in the mid 2000’s a bit then fell off again a few years back. I go through moments with it and when an interesting story starts up. Stretch Armstrong was one of my favorite childhood toys and I still have one in the box. I used to have a Stretch Monster but traded it for something else that I was looking for. The Stretch Monster wasn’t in the box and I like to collect things that are mint in box, it holds a better value and displays better. That’s a very expensive piece to acquire so I’ll have to catch one at a decent price. Plasticman was never a character that I really liked, plus the name sounds cheesy But Mr. Fantastic on the other hand has that Hip Hop feel to it. I’ve always been a fan of the Fantastic Four and Reed Richards was a genius, plus I consider myself genius of sorts.