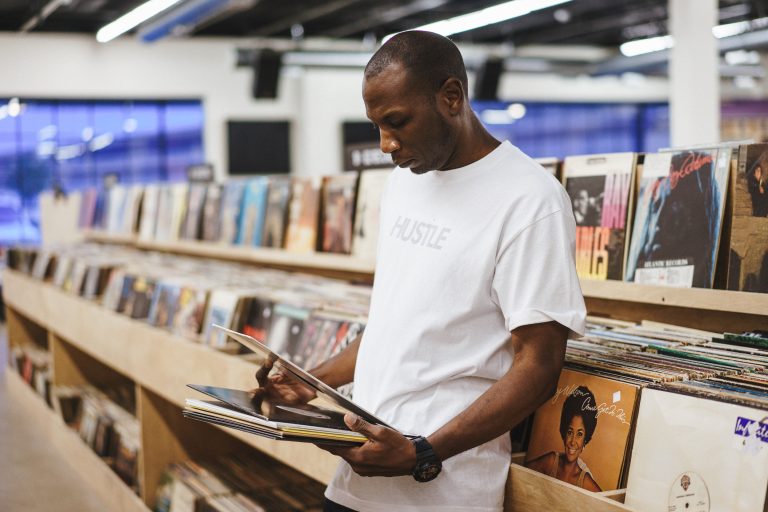 “Be the content you want to see and create it”

As an artist, I’ve always lived on a DIY playing field so that I would never have to rely on others to help push my product or deal with any sort of industry politics that goes along within any scene of creatives. I came up with the idea of the original HP&B brand and with the artistic vision of The Elroy Jenkins and partner Leah, we were able to bring something refreshing together by combining Funk & Soul 45s with nostalgic visuals to accompany both live on stage and via the site. It was about having complete control over what you do and making sure it fit our vision. We funded and threw our own parties and tours across the globe playing Funk & Soul 45 during a time where most only had their night locally, very few had their own tours and we never needed to have special guests on the bill to fill the room. Fast forward to the present and that same energy and drive is still their but in a slightly different form and expands my vision in a broader form with the inception of Nostalgia King.

Many things played a factor in the creation of pushing the Nostalgia King brand forward. Not being able to read the types of articles and interviews that I had once read in physical magazines that connected all types of culture, from music to skateboarding, graffiti to toys, fashion to anything weird and obscure was a main factor. But the driving force behind it all was the need to create content on myself as an artist, food lover and world traveler. Of course I’ve done and been featured in magazines or other sites spotlighting me as a DJ, collector of food lover, but how often does outside press come in and want to hear your story or talk about what you presently have going on especially in a slower period? I learned self wealth early on and even following and being inspired by people in different industries like the skate or vinyl toy scenes, it’s about building your own brand as an umbrella to house all of your product and having a headquarters to display it all. Some of the most creative zines became physical magazines, artist and designers created works and opened their own galleries to display and sell, and DJ’s who have a unique ear for music starting labels that have a different focus than those in the cookie cutter driving lane are what make those people stand out.

With technology and the ease of connecting to people across the globe, things have gotten rather oversaturated with everyone being an artists, DJ, model or whatever. Some people are good at selling themselves while others aren’t but have a budget for promo, P&R agent or management to do it for you, but the playing field has become leveled so that anyone can “make it”.  It just depends on how hard or smart you want to work to get it.