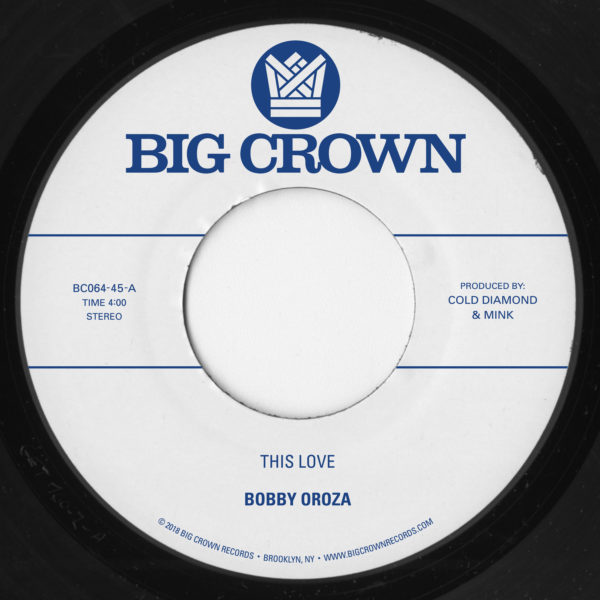 Bobby Oroza – This Love b/w Should I Take You Home

Originally released in 2016 on Timmion Records, Bobby Oroza made his label debut with his single “This Love” b/w instrumental which sold out almost immediately and cause such a frenzy that it need several repressings shortly after.  Oroza’s sound which was backed by the production of Cold Diamond & Mink was a hit right out of the gate which caused such a buzz that the people wanted more. Fast forward to the present and those wishes have been answered and this time stateside.  Bobby recently finished up his full length making his debut on Big Crown Records and leads things off with his first single “This Love” b/w “Should I Take You Home”.   Deep soul cuts and a definite sure shot way to reintroduce Bobby to old fans as well as opening the doors for new ones.