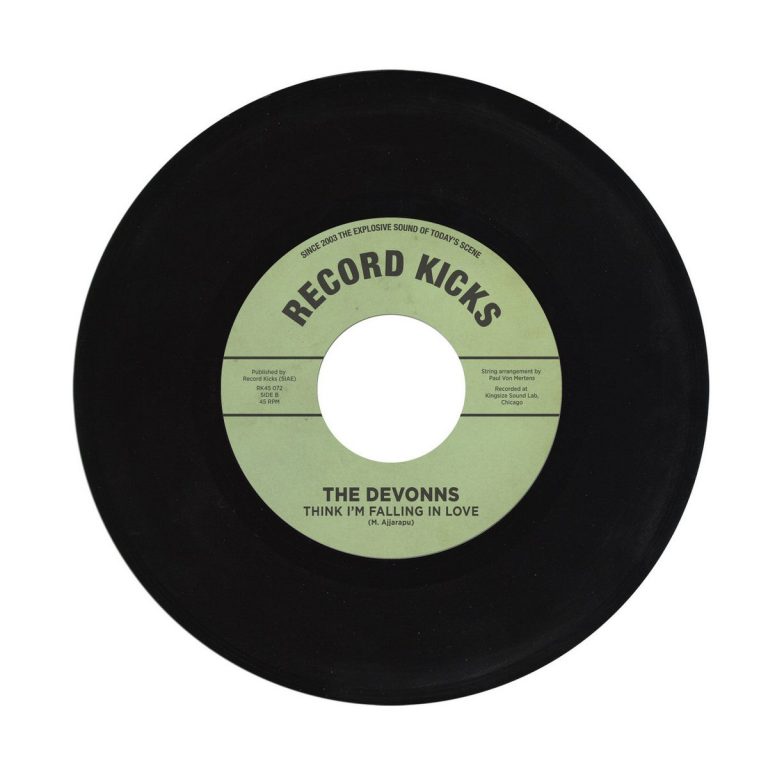 Who doesn’t love a bit of sweet soul to start the day or to end the night depending on where you are in the world right now and Chicago does soul at the highest levels possible.  Hailing from The Windy City is The Devonns who recently released their second single “Think I’m Falling in Love” from their highly anticipated upcoming full length LP and who are in the studio working with the likes of Brian Wilsons’ Paul Von Mertens (Mavis Staples, Paul McCartney) to bring an authentic sound to speakers worldwide.   The new single is an uplifting soulful track heavily inspired by the sound of The Impressions and Leroy Hutson. Recorded at Kingsize Sound Labs in Chicago, the song relies on the band’s steady groove and it is enriched by the strings’ and the horns’ arrangements.

According to the band-leader Mathew Ajjarapu, “The song actually came to me pretty quickly; I was driving to work one day and suddenly the entire guitar lead riff popped into my head, along with the bass line and chords. I instantly knew it was kind of special“.