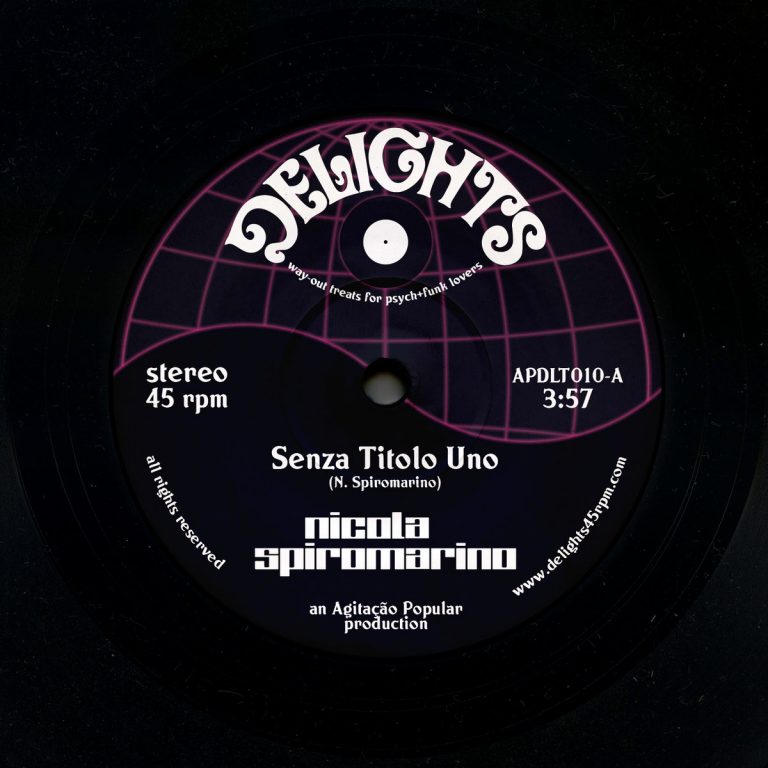 I’ve been having a lot of conversations with DJ’s, collectors and dealers lately about the amount of current records coming out that often times get slept on but will eventually wind up being future digs that will cost you way more than the original price tag. Every record deserves a needle drop at least once just to be ahead of the pack later on when things become scarce. One of those labels doing an excellent job in pressing incredible new psych, funk and cinematic themes is Delights based in Jerusalem, Israel.  Going deep into those realms, they’ve built up an impressive catalog thus far and continues to knock socks off with their latest 7″ from Nicola Spiromarino.

Recording at his home studio somewhere in the heart of Kreuzberg, Berlin, the Italian-born Nicola Spiromarino prefers keeping his identity in the shade and probably doesn’t trust the digital world too much. The two untitled tracks on this record are taken from the cassette, given by Spiromarino to Markey Funk on the first night of the Delights tour in May 2017. It’s not clear who else was involved in these slices of haunted synth-driven library funk, but they both seemed fitting the label’s agenda like a fine leather glove.