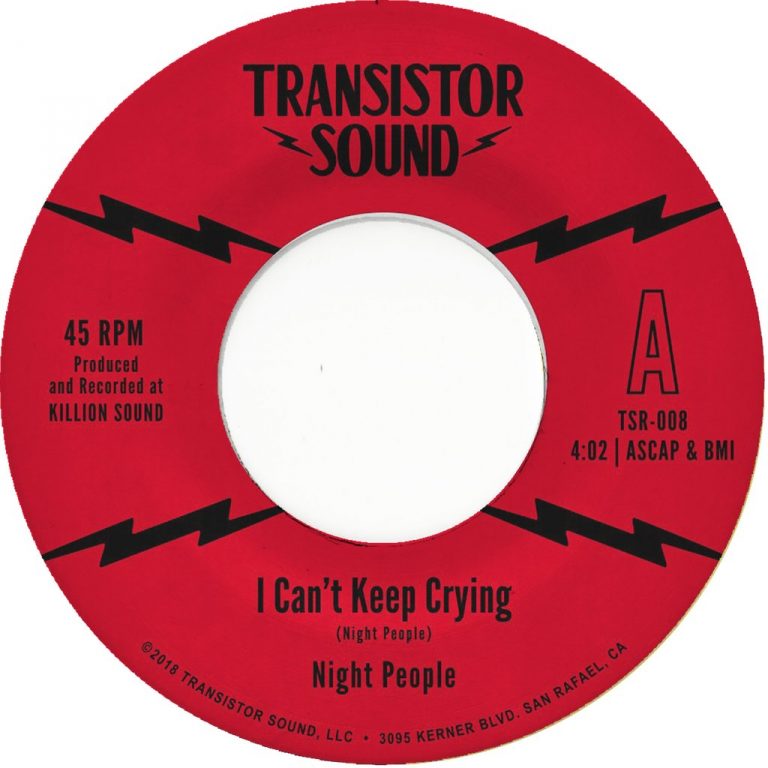 Another snooze you lose 45 flying in under the radar and one that you definitely don’t want to miss out on.    A heavy soul number that just nasty in every way and if you flip it over to the b-side you’ll get a cherry on top. Doubles are a must!

On certain occasions fate plays its hand and puts friends and like-minded musicians in the same city with an off day. When this occurs the best way to use ones time is creating something out of nothing. No prep, no rehearsal and no demos. That’s what this record by Night People is. Its rolling tape while 7 musicians play live in 1 room till 3 minutes of magic is captured. Night people is Sergio Rios & Dan Hastie of Orgone, Kelly Finnigan & Ian McDonald of Monophonics, Jeff Franca of Thievery Corporation plus LA musicians Gino Garofalo & Will Phillips who have been a part of Orgone collective for years. These seasoned musicians bring their A game from the first note till the fade out. While it’s no secret that the musicianship is expressive and honest, it could only be out shined by one thing on this record and that is the vibe that Sergio Rios produces at the famed Killion Sound in North Hollywood. A heavy break beat and steady conga drives the song with a slinky bass line following along Franka’s tight pocket. Guitars and organ weave in and out at the right time to compliment the chorus melody while Hastie’s piano work is in its own right, an ear worm. Kelly Finnigan & Gino Gorafalo sing an all too common tale of a turbulent relationship with a strong statement telling that cold hearted woman ” I just can’t Keep Crying for You.” Transistor Sound is proud to present you this Night People 45 with and instrumental version on the b side anchored by a break beat that diggers would die for and flautist Cameron DePalma’ smokey flute.

https://www.coleminerecords.com for the scoop and soundclip.