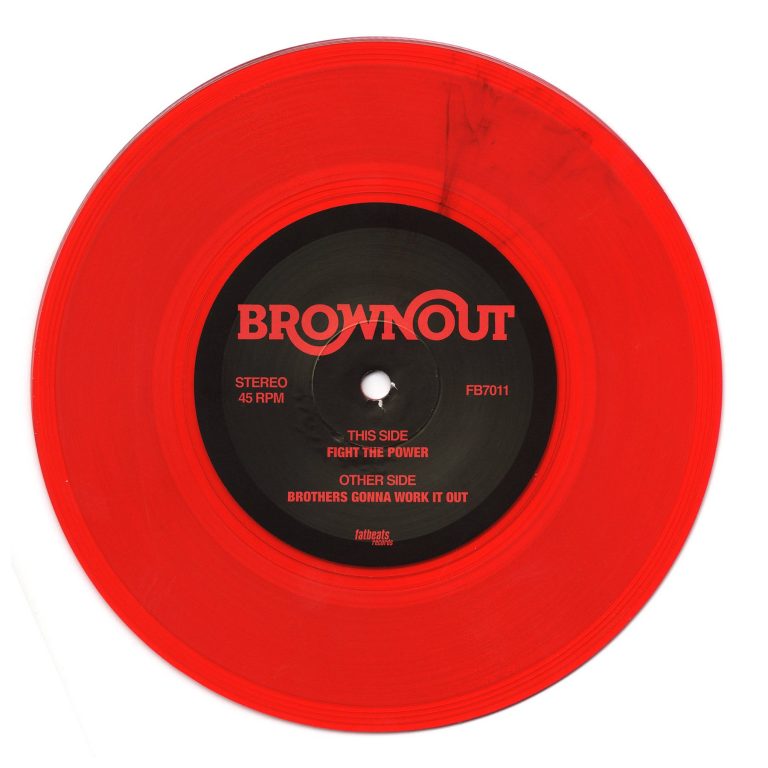 I’ve been following the Austin Texas Latin funk band known as Brownout since their debut 7″ release on on Freestyle Records in 2006.  A double-sider which I was one of the first, if not the first to break it on the Bboy scene and take it across the globe rocking doubles of it at jams and competitions large and small.  Since then, they’ve gone on to release multiple singles, a few albums and their latest release 45 is another one for the crates that will surely make Hip Hop heads and cover version junkies smile.  Covering a Public Enemy classic, Brownout puts a spin on the very uplifting “Fight The Power” featured in 1989’s Do The Right Thing film directed by Spike Lee which is b/w “Brothers Gonna Work It Out”, another sure shot.

The new 7″ is pressed in vibrant red and does justice to this pair of PE classics in a way that only a live band of their level could do without tainting the original versions. If you’re a Hip Hop head, then you’ll definitely want to add this to your collection of must haves.