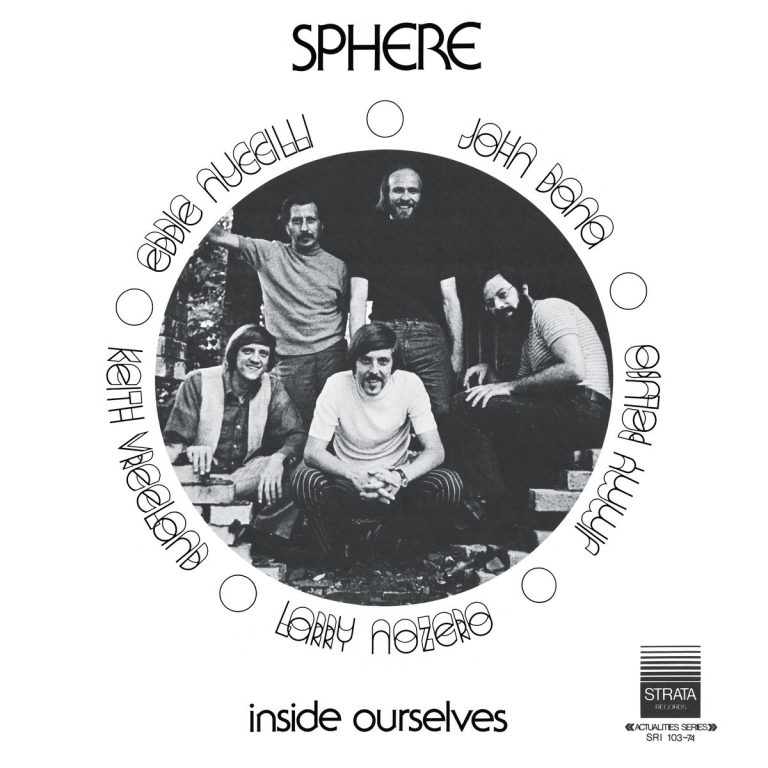 Amir Abdullah also known to the world as DJ Amir and label head of 180 Proof Records has released some incredible and timeless music from Strata catalog that deserves to see the light of day or needed to be reintroduced to the world. His latest project, “Inside Ourselves” by Sphere was previously released but has been given the special treatment on this latest rendition which features an extended version of the track ‘Spitfire’ and two unknown tracks.

Perhaps Larry Nozero’s single most-recognizable contribution to popular music is the soprano sax solo on Marvin Gaye’s seminal, “What’s Going On,” the title track and tone-setter for one of soul music’s most successful, not to mention conceptual, recordings. Like so many talented reedmen before him, Nozero received instruction from Detroit’s Teal School of Music, creating common ground with Yusef Lateef, Joe Henderson, and Benny Maupin. Although Nozero flirted with the Strata groundlings briefly in 1964 as a member of Charles Moore’s Detroit Contemporary 5, he was soon drafted into the military. A mixed blessing, Nozero took full advantage of the opportunities within the Army Band, which led to several high profile jobs upon his return to Detroit. Despite lengthy engagements with Henry Mancini, Sergio Mendes, and studio work with everyone from Holland-Dozier-Holland to Berry Gordy, Nozero still relished musical freedom of expression, which made him right at home on the Strata roster.

While little is known about Sphere as a stand alone group aside from it’s contributors Larry Nozero, Eddie Nuccilli, Keith Vreeland, Jimmy Peluso, John Dana and producer Bug Spangler, Inside Ourselves presents the level of quality jazz expected from both One Eighty Proof and Strata Records.

Digital available via https://180proofrecords.bandcamp.com/music with physical copies heading your way via https://www.fatbeats.com/products/sphere-inside-ourselves-2xlp