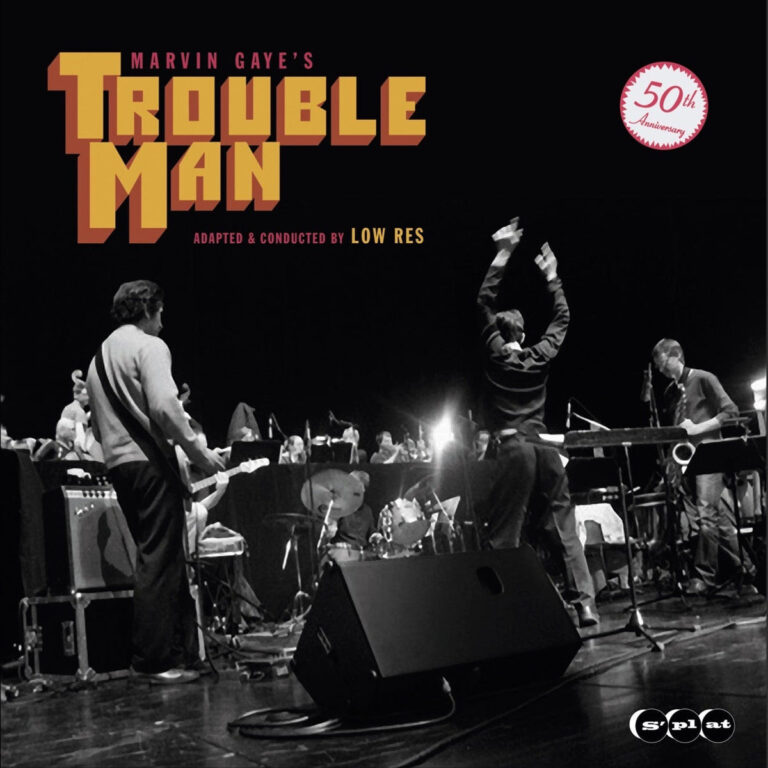 Marvin Gaye’s “Trouble Man” soundtrack is without a double one of our favorites in the Blaxploitation soundtrack genre which often times fall’s under the radar when conversations come up about the genre. But when an album reaches it’s 50 year mark and still sounds as fresh an amazing as it did 25 years ago, let along 50 when it was first released, says a lot about the impact and how well it was recorded to make it a timeless listen. And when something is so perfect, we’re always leery about modern day artists coming in to remake or put their own spin on something that should be left in all its originally glory but from time to time we’re thrown for a tailspin when someone comes so perfect with their own rendition which is the case with the new release by Los Res. Celebrating the 50th Anniversary of Trouble Man, Low Res thought it only right to give new life in a special way to this classic soundtrack by revisiting and re-recording the complete soundtrack with a full on 36 piece orchestra.

“American musician Daniel Zelonky (AKA “Low Res”) had been captivated by this record for decades. Given the opportunity to recreate and conduct the entire film score live with a 36 piece orchestra at Voohuit, a beautiful classical venue in Gent, Belgium he set about meeting this daunting challenge: to be faithful to the feeling of the original and yet to create something “new”, to expand upon certain elementts in a formal way, no “jamming” on the themes. ”

This new adaption of a true classic is absolutely amazing in every way. It sounds as if it could’ve been recorded 50 years ago yet refreshing and modern without losing any of the previous elements that made it special in the first place. As a Blaxploitation purist, there is no way that we couldn’t love this project from beginning to end and it’s been on constant rotation since it landed in the post.