I never cared for the term “vinyl revival” or resurgence in vinyl as a media way of saying that vinyl is cool again when in fact, vinyl has always been a choice source for DJ’s across the globe and the independent labels that press them. One thing that I will say in reference to the medium gaining more of an exposure over the last 10+ years is that the amount of new funk, soul and jazz bands being presented feels like a deja vu of the late 90’s / early 2000’s when the best nights were dedicated to rare funk & soul and the Deep Funk scene was starting to explode while debuting artists in various waves with bands like New Master Sounds, The Whitefield Brothers, The Soul Destroyers, The Bamboos, The Sound Stylistics, Speedometer, Lefties Soul Connection, The Soul Investigators and Cookin on 3 Burners to name more than just a few who first got their vinyl introductions on 7”. With the plethora of new bands recording mixed in with reissue labels like Jazzman Records unearthing what were considered as rare titles during that time, it was an amazing era to be a DJ, collector or lover of funk 45’s which had been championed by the likes of Keb Darge, George Mahood, Dante Carfana, Malcolm Catto, Ian Wright, Chairman Mao, Mr. Fine Wine and Florian Keller are just a few who stood by the format and good music in general. 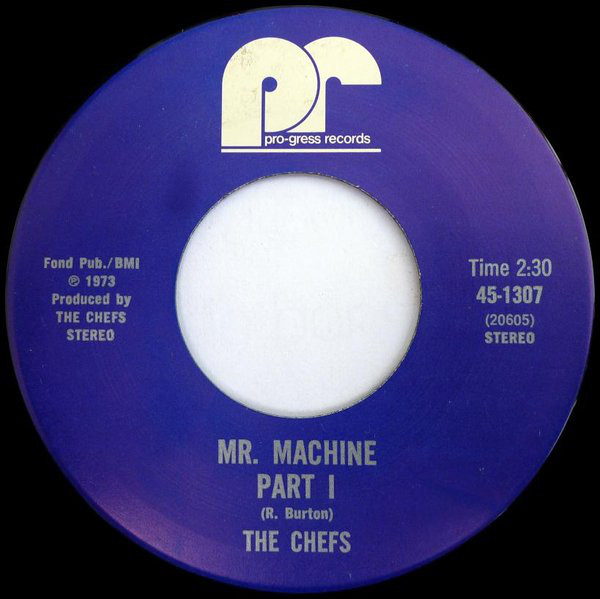 Everything seemed to go hand in hand helping to build a healthy and competitive scene amongst collectors. DJ’s were releasing mixtapes dedicated to funk & soul 45’s, while serious diggers like Soulman and DJ Muro took things a bit deeper with their selections of crate gems. Big Daddy Magazine was the go to source for what was new, in-depth interviews with legendary musicians like Lalo Schifrin and Galt MacDermot conducted by historian Eothen “Egon” Alapatt with heavyweights on scene stopping by to drop their top 10 lists of the moment. For the long read, you have a few published books (The Funky & Groovy Lexicon, Funk 45’s) on the topic that became coveted bibles with a wealth of knowledge dissecting the music from a regional / label perspective. Let us not forget the frenzy that was caused by the duo of Cut Chemist and DJ Shadow who had knocked everyones socks off with Brainfreeze and their spin on playing more than just a typical 45 set. 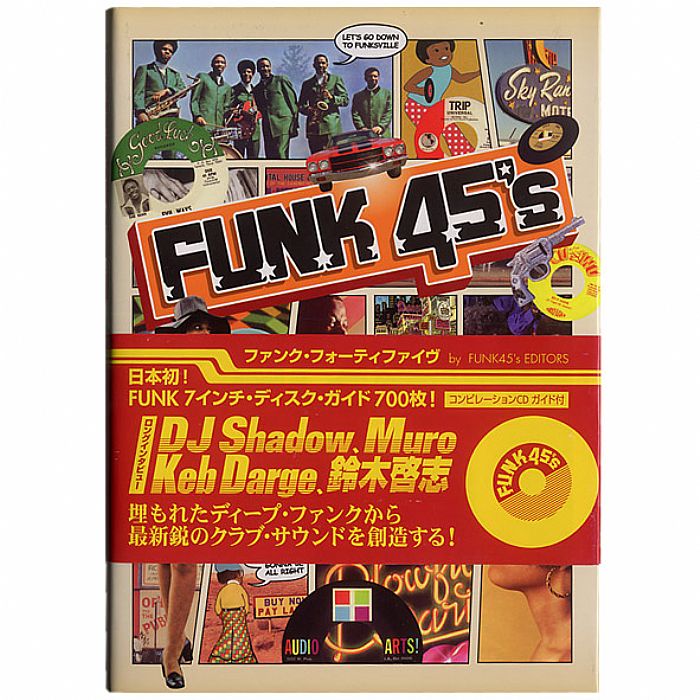 Fast forward to the present and although things seemed to have slightly slowed down even 5 years ago, within the last two years alone, there has been an upswing of independent labels from across the globe absolutely going to town with their flow of releases. Labels like Timmion Records who has been consistent since the very beginning, Funk Night continues to bring the raw funk from not only Detroit but going international and deep into the Russian funk territory with releases from The Soul Surfers and Great Revivers. While at the same time going an unexpected but equally as effective route with Estonian composer, Misha Panfilov who has created incredible cinematic jazz and funky compositions in varying spectrums. And speaking of jazz which has really stepped to the vinyl forefront once again with artists like The Greg Foat Group, Yussef Kamaal, Ill Considered, The Expansions and Chris Hazelton’s Boogaloo 7. Colemine Records has been releasing a healthy assortment ranging from jazz with the Delvon LaMarr Organ Trio to serious soul from Ben Pirani which has taken the soul scene up another notch. Labels internationally are doing their best to push the boundaries of sounds forward by pulling inspiration from the past like Jerusalem based label Delights who dip into the sound of 1960’s and 70’s film scores, funk, psychedelia and garage. For those who love to dig just a bit deeper than the surface, labels like DJ Sigher’s Super Disco Edits unearth previously recorded tunes that have been tucked away in the vaults for 30+ years and are now becoming choice cuts for DJ’s to fill dance floors with world wide.

The interesting thing about many of the releases coming out today is that they have become “investment” pieces which quickly go up in value. A $10 release today will sell out in 5 days and instantly become a $50 record on the secondary market. When I look at new release 45’s that I purchased in 2002 for $5.99 are now $100 45’s which make for good trade value in a similar way that art appreciates. The downside though is the hoarding of limited edition releases with buyers grabbing as many copies as possible only to mark things up 3 times to original sale price which makes for a very greed driven economy leaving out buyers who actually want to play those records and not sit on them. But what’s going on in the vinyl world is no different than in other collectors markets, weather it’s sneakers, vinyl toys, comic books or train sets collectors are usually the ones that 20 years down the line when you’re looking for something have what you need. 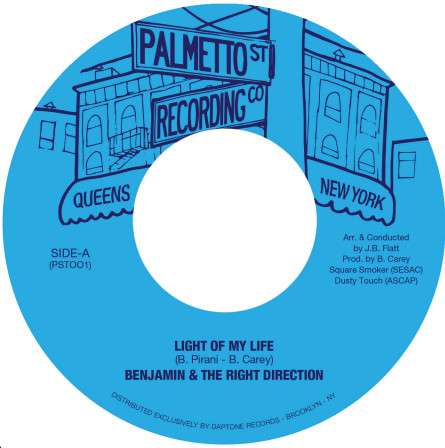 On the party scene, the amount of great nights has not necessarily grown in the realms of funk, soul and jazz. There have been a thousand 45 nights that do nothing more than just play anything because it’s on 45 and then you have have those that continue to push forward with the original concept of these nights of playing music that most likely was only available on 7″ with a mixture of non exclusive format pressings while still going deep. Long standing nights combined with newer ones like Funky Sole (LA), Soulelujah (Cambridge), Grand Rapids Soul Club (Mi), Soul Summit (Chi), Hot Pants (MPLS), Naptown Soul Club (Ind), inBusiness (JPN), Champ (Tokyo), Black Water Gold (Fukuoka) and Funk Related (Munich). As a DJ myself, my brand is my business and I’ve been traveling my Butta 45’s (previously Hot Peas & Butta) night since 2007 to destinations across the globe making frequent stops in Germany, Japan, Los Angeles, Switzerland and Toronto. 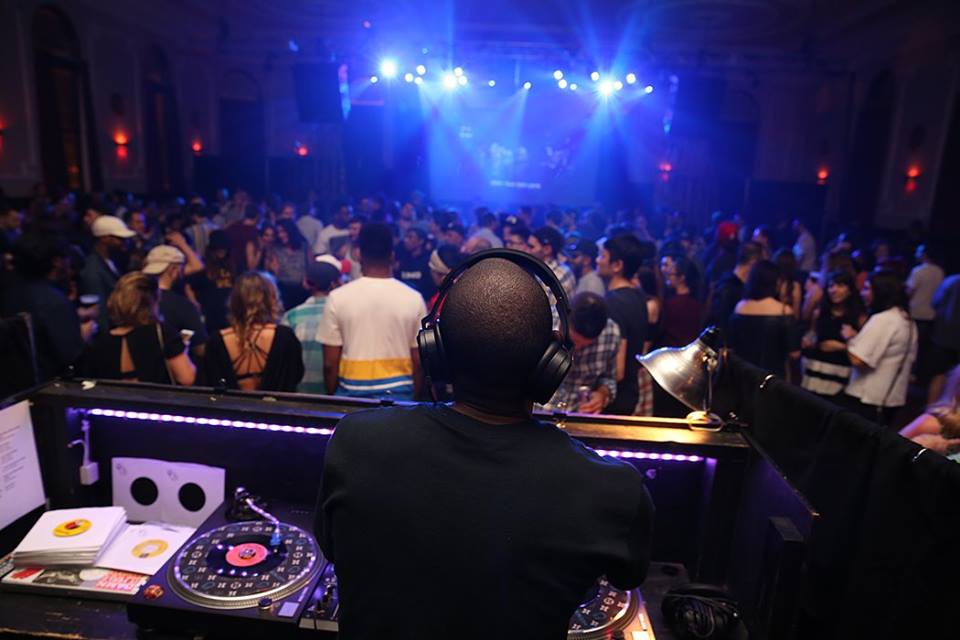 To sum it all up, its a great time to be creative on levels across the board. From being an independent label owner or artist perspective, there’s no longer the need to seek out a major label to do the work for you and hoard the profits. Pressing product is easier now than it’s ever been and if you’re not into doing that side of the business, the amount an options of labels out there are endless. Media outlets like Flea Market Funk and Nostalgia King have become gatekeepers of presenting much of this music and culture to the masses which takes the place of physical magazines in a non print era. We do our best to bring you interviews with some of the movers and shakers on the scene and reviews of quality Funk, Soul, Jazz and Hip Hop vinyl releases from labels and artists across the globe.